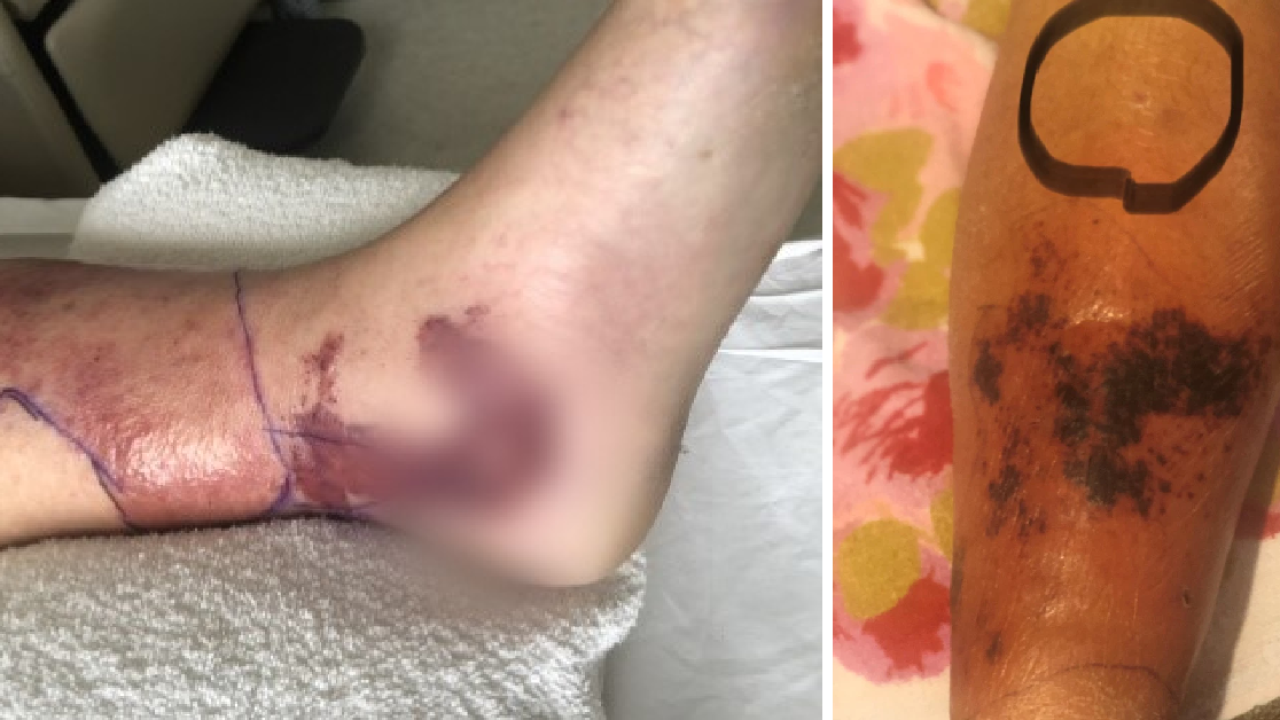 The left photo shows a picture of Tony Meredith&#39;s infection as it spread to his leg. The right photo highlights the scratch on Meredith&#39;s leg. (Source: Courtesy of Barbara Meredith via WDHN) 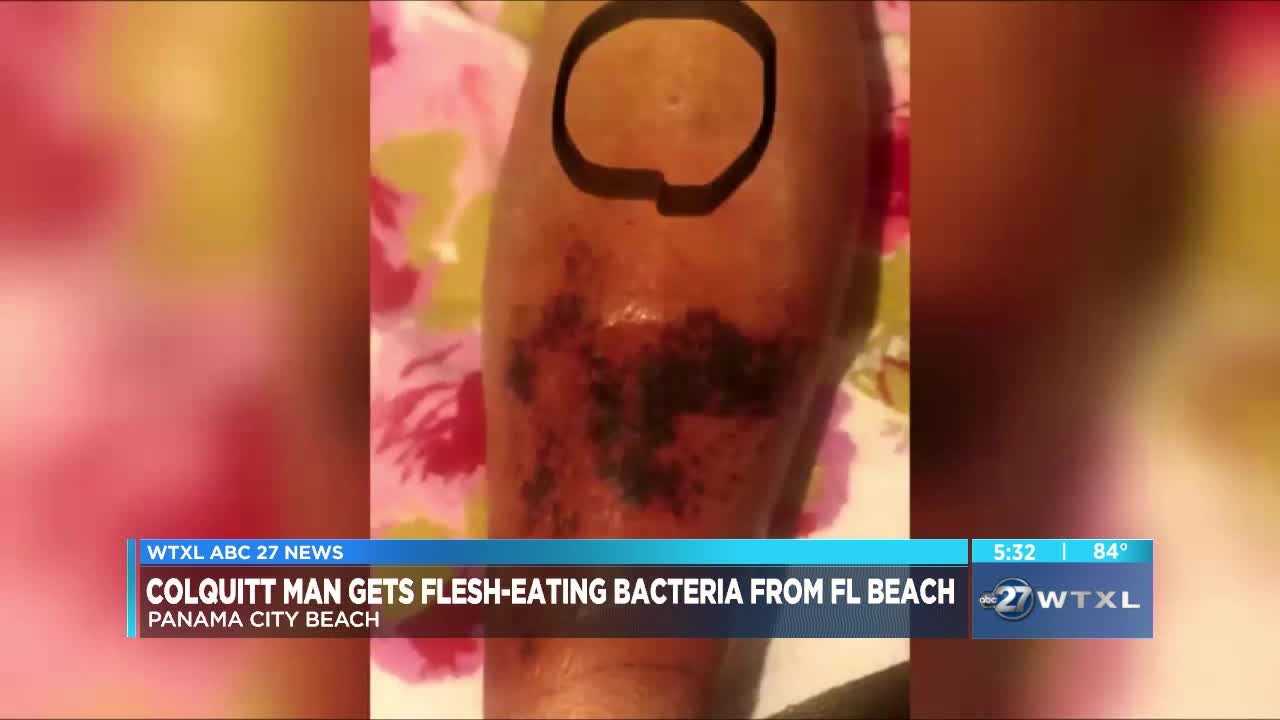 COLQUITT, Ga. (WDHN) — A trip to Panama City Beach nearly turned deadly for a local family, all because of a tiny scratch.

For the Meredith family, a trip to Panama City Beach was an annual tradition for some fun in the sun. But this time, things almost turned deadly for father Tony Meredith, starting with flu-like symptoms five days after he got back home.

When he discovered that his leg was turning purple however, Meredith sought medical help and doctors took a bacterial culture.

“Dr. Hewitt, I think it was, had told me it was a type of strep, but then on Tuesday, when he’d come and seen me, he told me it was the flesh-eating kind,” Meredith told WDHN .

Meredith had necrotizing fasciitis, which made its way into a barely noticeable scratch below his knee while he was in the water. Using antibiotics, doctors managed to kill the infection.

“The skin is the body’s most important barrier to infection,” Dr. Andrew Sawyer said. “Any violation of that skin, even something as small as a scratch has the potential to increase the potential for waterborne infection.”

While Meredith may be only facing a throbbing foot and a four-week recovery period now, he says beachgoers should be aware of the risks.

“Anybody that’s going to the beach, they need to really, really be real cautious before getting in the sand or the water,” Meredith told WDHN . “I never thought it would happen to me.”

An examination of reported cases of flesh-eating bacteria in 2019 shows that Meredith is the first confirmed case this year to have originated in Panama City so far.

A few days ago, the Bay County Health Department told beachgoeers that while it is safe, they shoudls till exercise caution, espeically if they don't have a strong immune system.