'It was like a firestorm:' Florida families assess damages left by massive fires 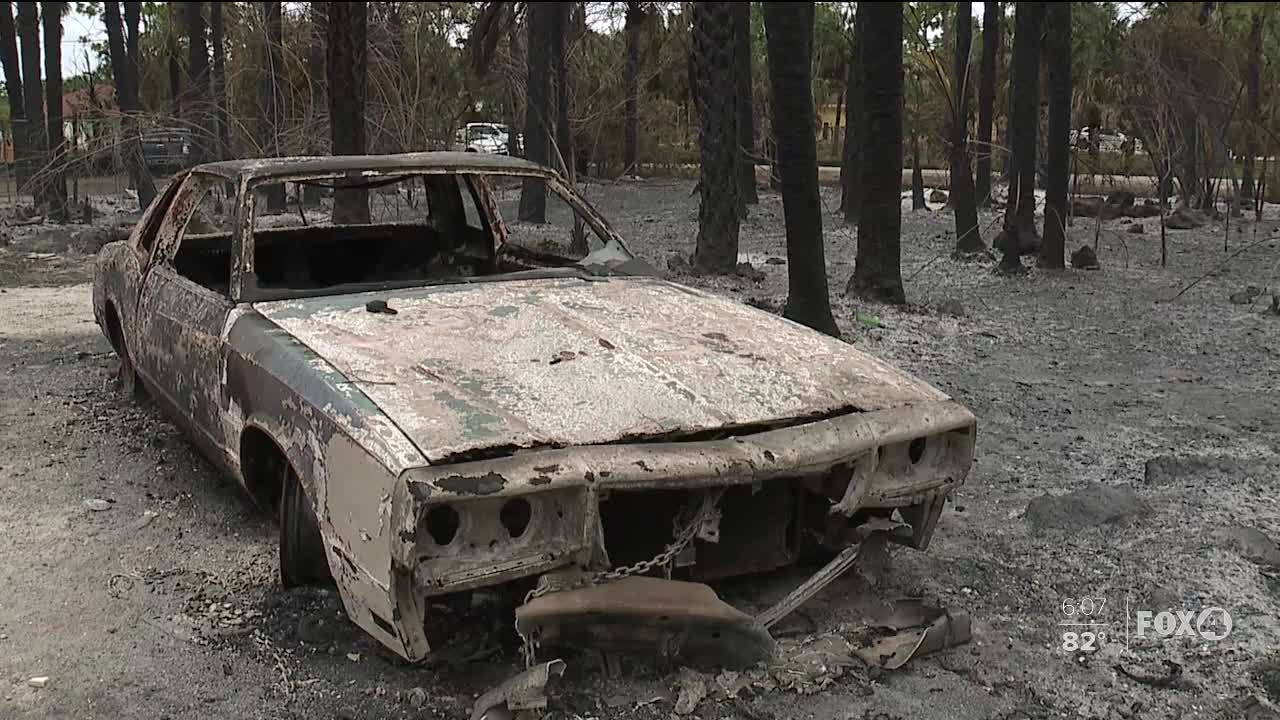 A sea of ashes is what's left behind after the 36th Avenue SE brush fire raced through Bev Rogers' property on Wednesday.

The Rogers family has a pool renovations company.

"You could hear it; the trees were burning, you could hear everything popping. Once it started, trucks and trailers, I had wheels blowing out," said Bev Rogers.

Rogers made sure all family and pets evacuated to a safe place while she stayed back with her husband.

"We've been in the same place for 27 years, this is the third fire we've gone through," said Rogers.

All that was left on their 2-acre property is their home.

On Thursday, the family worked together to put out hotspot flare-ups using buckets of sand and hoses of water.

Rogers says it is disheartening to look at the destruction left by the fire but says it's part of living in the Estates area.

"There's really not much you can say after all the years out here, you kinda prepare for it, you get ready, but there's no way to really prepare for how fast it runs," said Rogers.

Neighbors on Everglades Boulevard South and 20th Avenue SE say the flames spread in a matter of minutes.

"It took about 15 minutes from the time they told us to evacuate, there were flames a hundred feet tall back there in the trees," said Jeremy Bohall.

Bohall says his family is fortunate that their home didn't receive any damages.

"At the end of the day you get all your people out, and you're safe, that's all that counts," said Bohall.

But some neighbors chose to stay behind, ignoring the evacuation orders.

"It was like a firestorm; that's what it was like, the wind just came, and in less than two minutes, all of this was burning," said Francisco Oliva.

Oliva says he chose to stay behind to protect his home and help out his neighbors.

As the flames approached, Oliva went to his neighbor's dog out of their house.

"Everyone on this block, we're like family," said Oliva.

Oliva lost several trailers and a garage in the brush fire, but he remains optimistic about what the future will bring.

"It's going to be a challenge, but that's what life is about challenges, and we're strong, as Americans we are strong, and we stay together in the worst times," said Oliva.

Florida Forest Services says about 13 structures have been damaged, but crews are continuing to assess other damages.