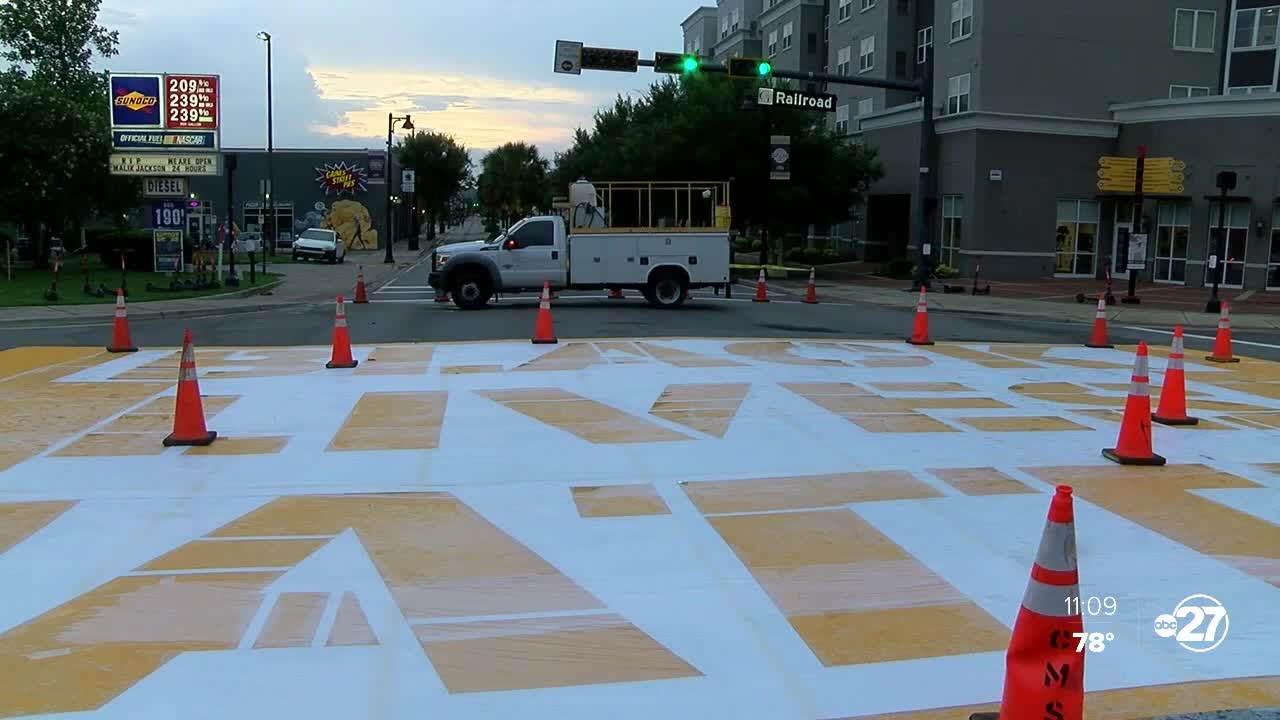 The City of Tallahassee is following a trend we're seeing all across the country, painting the words "Black Lives Matter" on one of the city's busiest streets. 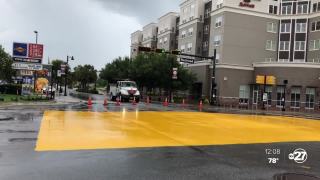 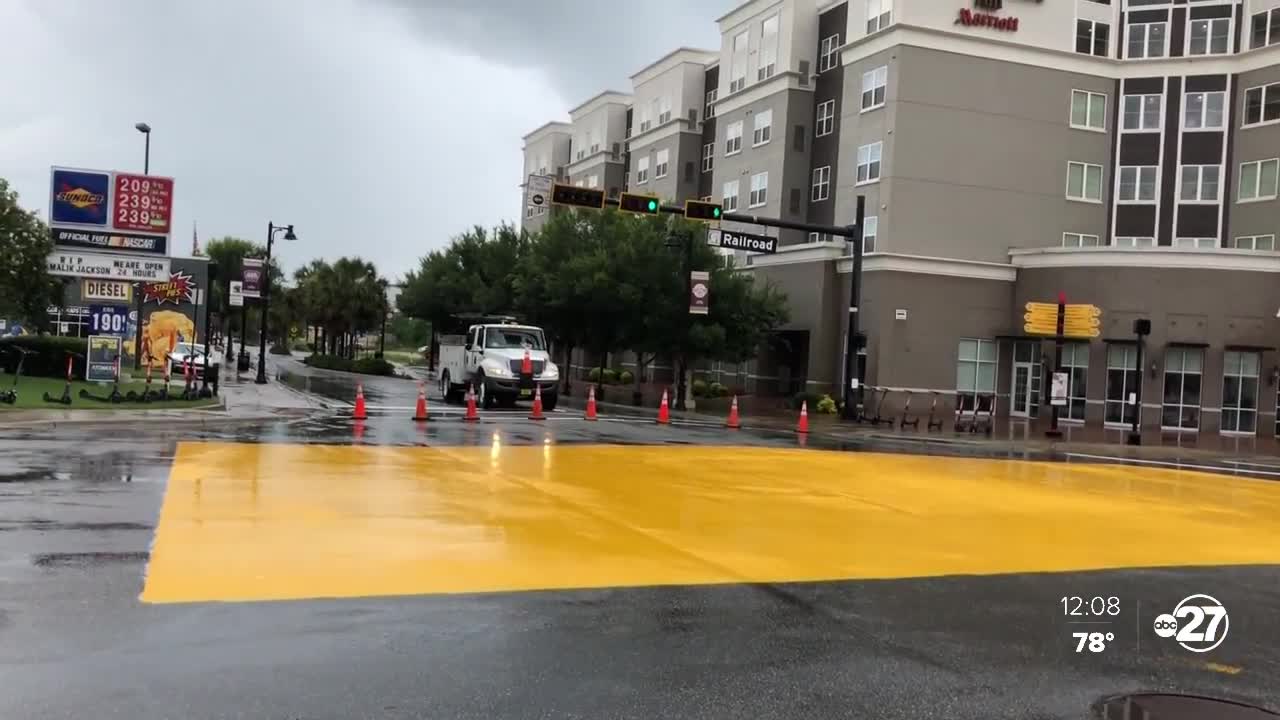 TALLAHASSEE, Fla. (WTXL) — The City of Tallahassee is following a trend we're seeing all across the country, painting the words "Black Lives Matter" on one of the city's busiest streets.

The painting started Monday along Railroad Avenue and Gaines Street, right in the middle of College Town. By Wednesday, the mural was completed.

The city commission approved the idea at their last commission meeting.

Commissioner Curtis Richardson told ABC 27 that they picked the location because it's in between the campuses of both Florida A&M University and Florida State.

He believes it's the perfect location because "if you want to change a mindset, it's good to start with younger people who travel daily in that area."

"It's awesome that we get to experience it in Tallahassee as, well, opposed to seeing it on TV," said Martina Walker, a Tallahassee resident.

Walker was born and raised in the Capital City. When she heard about the mural she felt her hometown was making a major statement.

"We wanted to do it in a more intentional place," Williams-Cox said. "You have FAMU on the Southside, from the west you have TCC and Florida State."

This mural is permanent at the intersection that gets the most amount of traffic in the city.

The goal of the mural is to bridge the divide between universities.

"I think that it's going to bring some kind of unity between the Black university and the white university," said Walker.

Blake Lafita, a recent graduate of Florida State University says he supports the mural but thinks it should go in a place that will spark more conversation.

"I just don't know that students are in the most need of converting because they're kind of the ones that are coming out to protest," said Lafita. "That's what I've seen."

The city says they have received criticism about the mural, but that it's time to have difficult conversations.

"Initially there may be some shock value but we're going to overcome this," Williams-Cox said. "So we're just doing our small part to say that we agree that all lives matter but the movement of the moment is that Black lives matter."