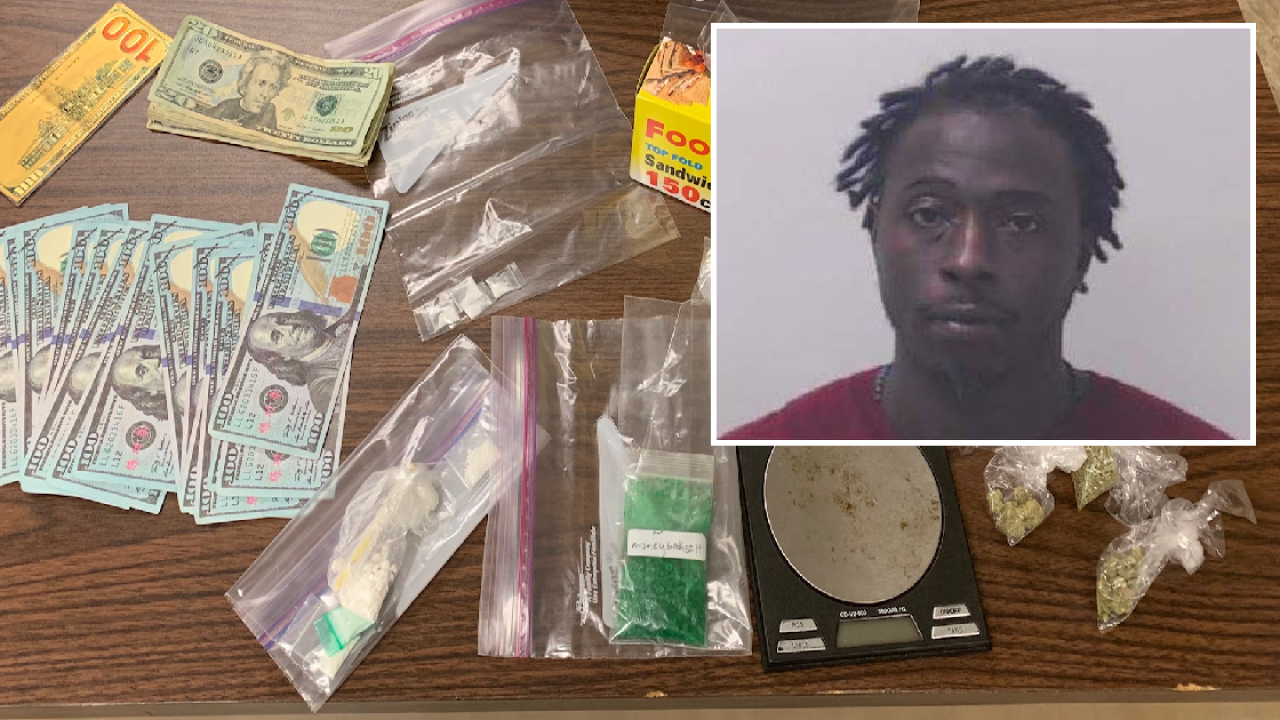 BAINBRIDGE, Ga. (WTXL) — A call about a possible hostage situation in Bainbridge led officers to arrest a man on multiple drug charges.

On Wednesday around 7:30 p.m., Bainbridge Public Safety was called to a location on Church Street for a possible hostage situation. The caller told dispatch that a person was being held hostage at gunpoint.

Officers then responded to the location and, upon their arrival, spoke with the victim who said he had been held at gunpoint and directed officers towards a vehicle with a man inside in the driver’s seat.

Officers then spoke to the driver, who was identified as 41-year-old Timothy Gemrone Hodges.

BPS officers asked Hodges to step out of the vehicle and asked if he had a weapon, to which he stated that he didn’t.

He gave consent for officers to search his vehicle and they located a digital scale, a box of zipper-close baggies, a large amount of counterfeit bills, and several plastic bags containing Molly, cocaine, and marijuana.

No weapon was found on Hodges or in his vehicle.

The drugs and money were turned over to investigators and Hodges was transported to Bainbridge Public Safety where he was charged with: