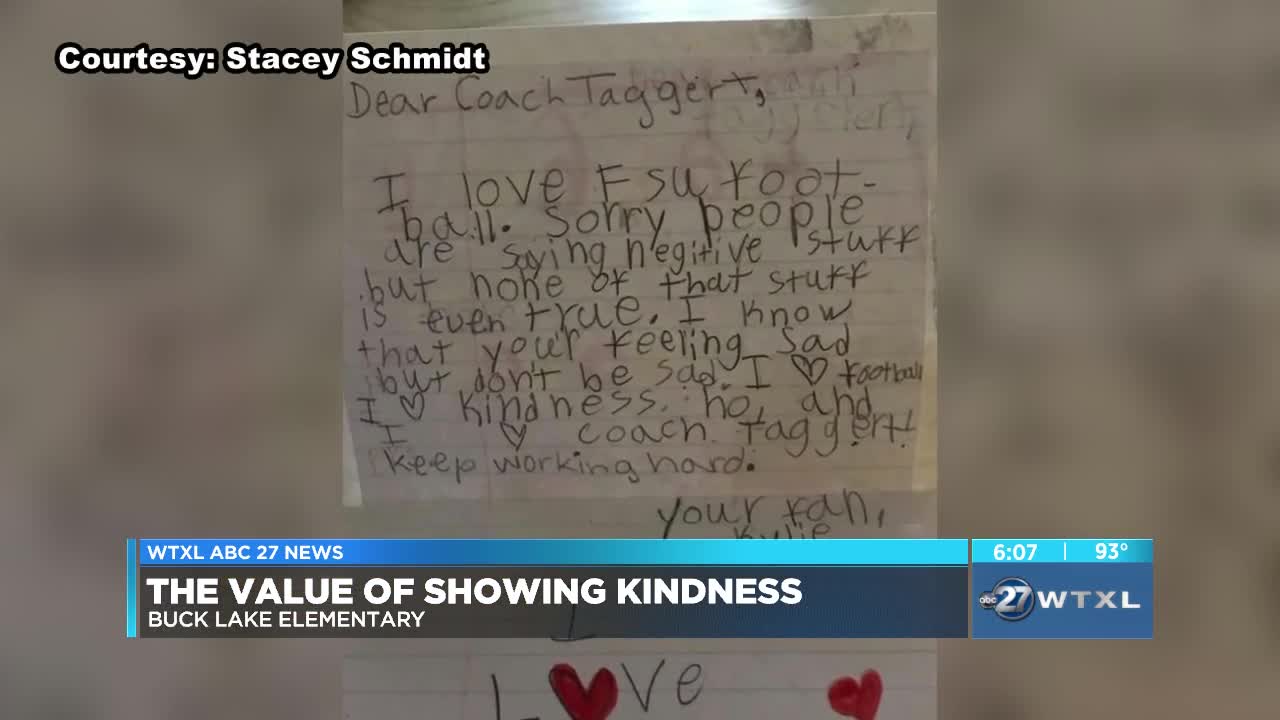 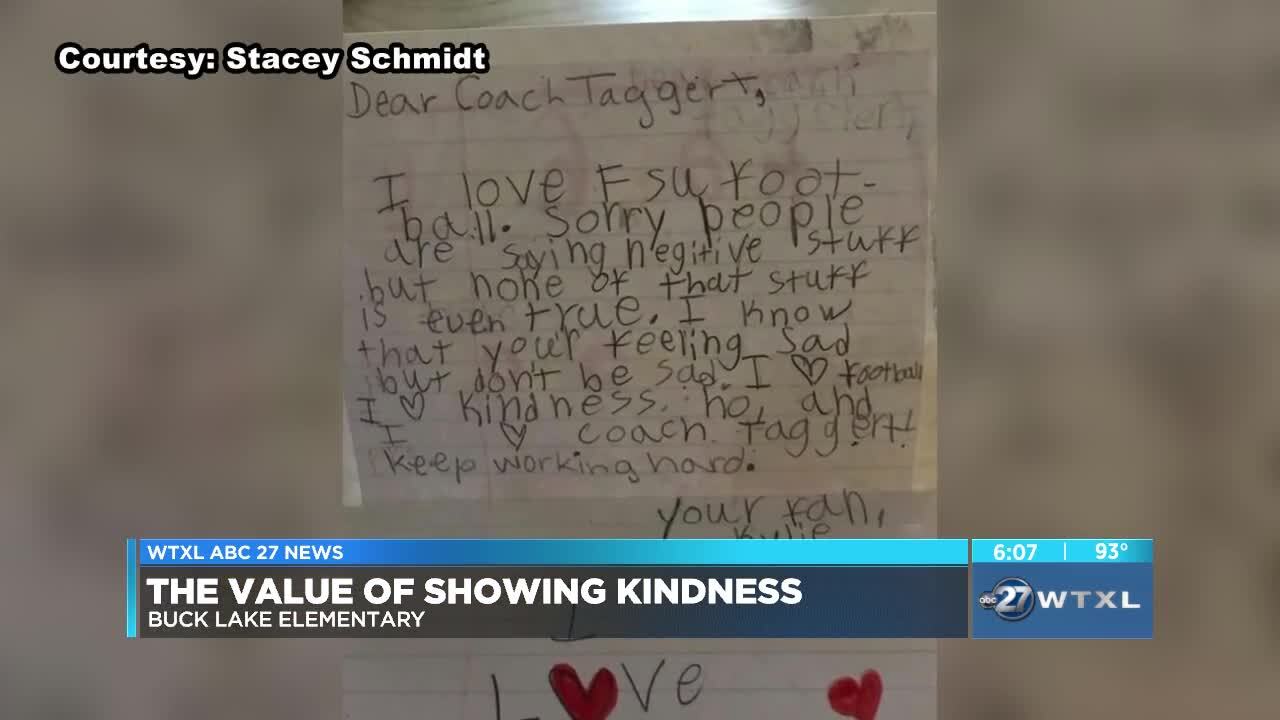 TALLAHASSEE, Fla. — Spreading kindness. Just one act can have a great impact.

And for Buck Lake Elementary School teacher, Stacey Schmidt, it's a lesson that she teaches her students every year.

"It really does matter when you're kind to someone and you recognize hard work instead of complaining, let's encourage," said Schmidt.

At the beginning of the school year, the Florida State Seminoles Football team had a record of 1-2 after losing to Virginia, and fans weren't shy about expressing their displeasure. That's when Schmidt had an idea to spread kindness.

"We just really hope that the comments made someone smile that was maybe feeling sad about how others were treating them," said Schmidt.

Her class of 19 students sent 115 encouraging letters to the coaches and players.

"The lesson was really to share kindness and that we were giving kindness to someone but the lesson has been complete because they are now receiving kindness," said Schmidt.

Her classroom kindness project caught the eyes of radio hosts Danielle Kelley and James Coleman. Coleman once played football at FSU and launched an effort to reward Schmidt's students.

"I wanted to let them know that this is the behavior that we want people to actually continue to have. Not just in football but just in life," said Coleman.

Thanks to donations from fans and boosters, the 3rd graders will be in the stands cheering on the Seminoles as they take on Syracuse on Oct. 26.

"At a time when people were complaining about the season had been going, it showed us there's a lot in our fan base, not only these little ones who did something so awesome, that wanted to do some thing so awesome because of them," said Kelley.

Proving that with just a little bit of kindness, you can truly make an impact.

"Our class rule is treat others the way you want to be treated," said Schmidt.

Nine of those students will be going to their first ever FSU game.

One parent will accompany each student and everyone will have new T-shirts for the game, thanks to those donations.