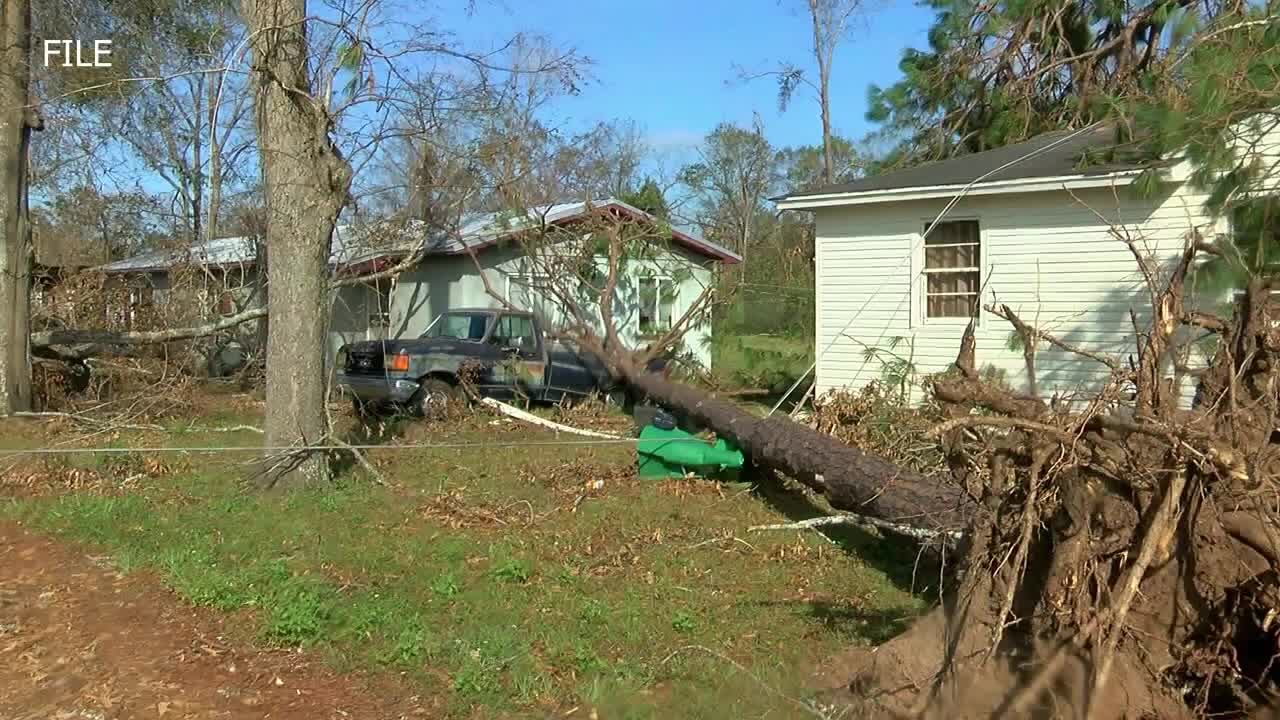 When Hurricane Michael hit Florida, the Category 5 storm destroyed nearly everything in its path.

Bob Hilton is rebuilding his home.

"My bedroom in the far back, and the girls in the far right," said Hilton.

After losing his home to Hurricane Michael, Hilton lives in a camper with his two daughters.

"It's close quarters," Hilton said. "Getting the kids to pick up their clothes, keeping things in order. It's pretty rough, but we'll get through it."

Rebuilding after Michael has not been easy, and with an increased demand for contractors, progress on the new house has been delayed.

"Not an easy thing after a hurricane because they're so busy," said Hilton. "It's been a slow process like I said, but we're getting there."

Since Michael, the city has billed FEMA close to $13 million for restoration efforts along with 66 mutual aid workers helping to get services restored, which hasn't come cheap.

"It was something we had to do to get the city back up and running to get the utility services back to our customers," said Tracy Hall, the city manager.

But Hall says the rebuilding of Blountstown shows the strength of the community.

"We're very resilient," Hall said. "Our community is extremely resilient. We bounced back really well; it just took us a little time."

The city is still seeking reimbursement from the state as part of the $13 million spent on restoration efforts.