While many are still looking forward to eating their turkey Thursday, others are lining up to get some deals at the stores. 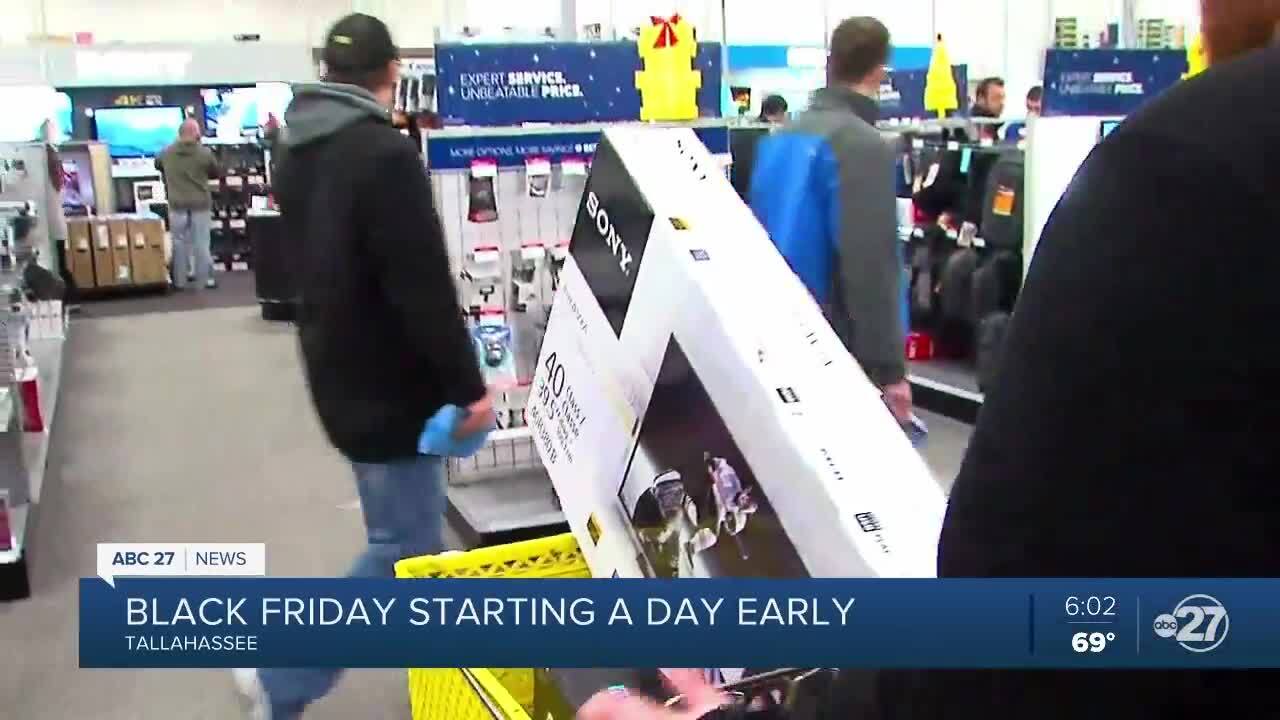 TALLAHASSEE, Fla. (WTXL) — While many are still looking forward to eating their turkey Thursday, others are lining up to get some deals at the stores.

That's the case over at Best Buy. A line of people are still trying to rush in to grab those Black Friday deals.

What we can expect to really see go fast are those TV's.

Lots of people in line are waiting on them but we also have people waiting to get Beats by Dre's and the Nintendo Switch.

The first person in line says she made it out here at 12:30 p.m. but she says there were already people in the parking lot. They were just sitting in their cars so they missed the chance to be number one.

This line is proof that Black Friday is now just a name because those deals are starting a day ahead.

Some in line say they were more focused on Thanksgiving lunch because dinner time is reserved for the shopping.

"I haven't eaten Thanksgiving dinner yet, but when we go back home, we'll eat and celebrate," said Ray Avilles, a shopper. "If it falls on Thanksgiving and that's where the deals are, you gotta sacrifice."

It's not just Best Buy opening up early. In Tallahassee, Target, Macy's and Kohl's were open Thursday as well.

If you want to keep your thanksgiving separate from your Black Friday shopping, don't worry. The stores will shut down later Thursday night, they'll clean up, then open up again Friday morning with different deals.