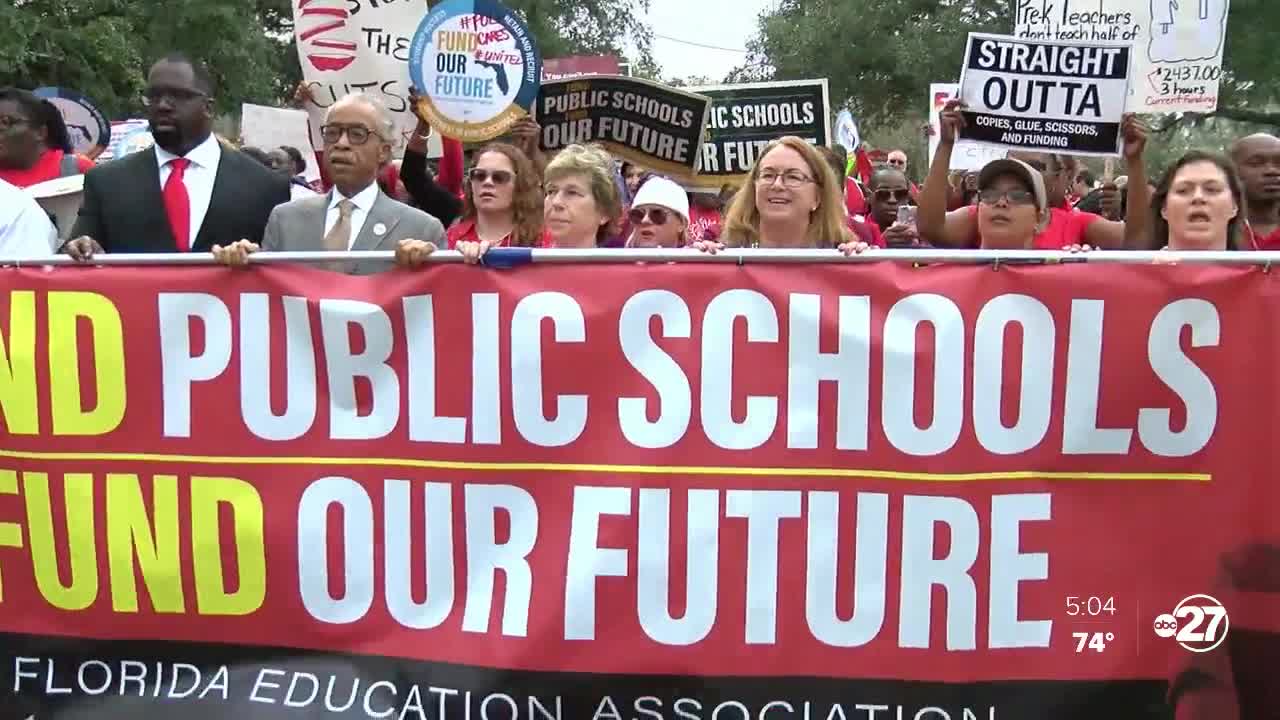 With the rally right in their backyard, hundreds of teachers from Leon County made that march Monday from the Civic Center to the Capitol.

TALLAHASSEE, Fla. (WTXL) — With the rally right in their backyard, hundreds of teachers from Leon County made that march Monday from the Civic Center to the Capitol.

As we've mentioned, a big part of the rally had to do with raising teacher pay.

Teachers ABC 27 spoke to in Leon County say they've been waiting far too long to see steps taken to increase their salaries.

Some teachers have chosen to leave the field all together simply due to the low salary and not being able to support their families. Some said that they are tired of seeing the lack of pay for a career that means so much to future generations.

However, a lot of teachers also felt encouraged by the amount of people who showed up to march.

Tonya Morris-Gennie teaches Health and Physical Education at Oak Ridge Elementary. She says to see so many supporters gives her hope for the future.

"These people are here for the same reason: To get that support for the legislature to fund education totally. And Florida is known for its best and brightest," said Morris-Gennie. "If they want Florida's future to be better and brighter... they should fully fund education."

Tonya says it's hard to raise a family on a teacher's salary and understands why so many people have left the job. On a positive note, she said she believes that with this rally change is on the way.

Another teacher from Leon County said attending this rally was about more than just herself.

"My mom was a 40-year music teacher who passed away two weeks before she stopped teaching," said Erin McClanahan, a Woodville Elementary teacher. "I went and cleaned out her classroom and this is why I put on my sign, 'What would Jan do?' ... so that's why I'm here. What would she say now? Oh, she would be so proud."

She says she is very proud to be one of the many teachers from Leon County to fight for this change and looks forward it to finally turn into action.

Leon County Schools say they don't have a number yet on the amount of teachers that attended Monday's rally. A spokesperson from the district estimates just under 100 teachers attended.