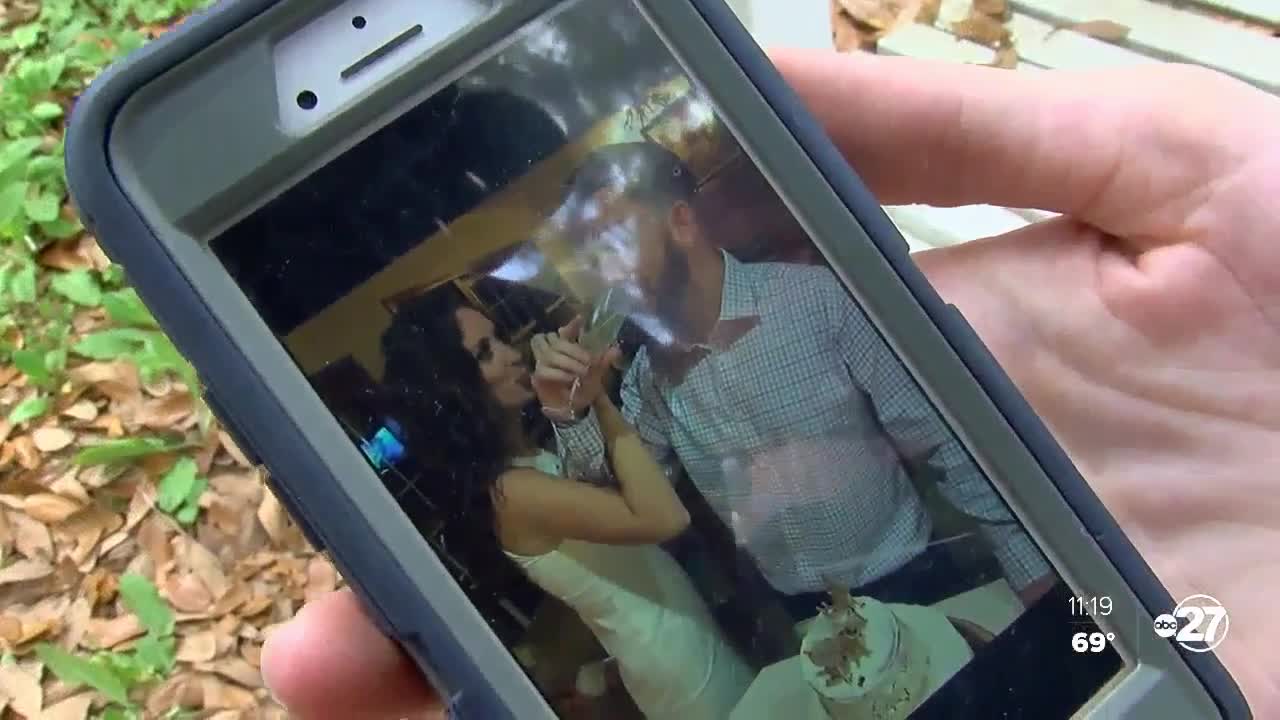 TALLAHASSEE, Fla. (WTXL) — Five days before their wedding, a Tallahassee couple learned their wedding would be canceled due to new CDC guidelines.

President Trump issued guidelines calling for Americans to avoid social gatherings of more than 10 people, meaning many special events and ceremonies will be postponed or canceled.

Jesse Braswell, a former high school assistant football coach at North Florida Christian, and Sarah Morden, a nurse, have been engaged for almost a year. Saturday was supposed to be a special day at Goodwood Museum and Gardens in Tallahassee for their wedding.

The decision to cancel was made Monday, after Goodwood decided to follow the guidelines recommended by the government.

The wedding ceremony was off, but the couple, making what Braswell joked was a halftime adjustment, married Monday night in front of eight people.

They said it was tough not celebrating with their entire families and friends, but they're excited to take the next step in their lives.

"I went down and said hey, we're going to do this," said Braswell, "and I convinced her to marry me and we got it done!"

"It kind of put things into perspective," Morden said. "You hear about these people with this illness. It's really just about getting married. You're forced to not be a brat about all the non-important details."

The Braswell's said they plan on holding a celebration later this year for their family and friends.

The Goodwood Museum said they will continue to follow the CDC's guidelines to keep people safe.