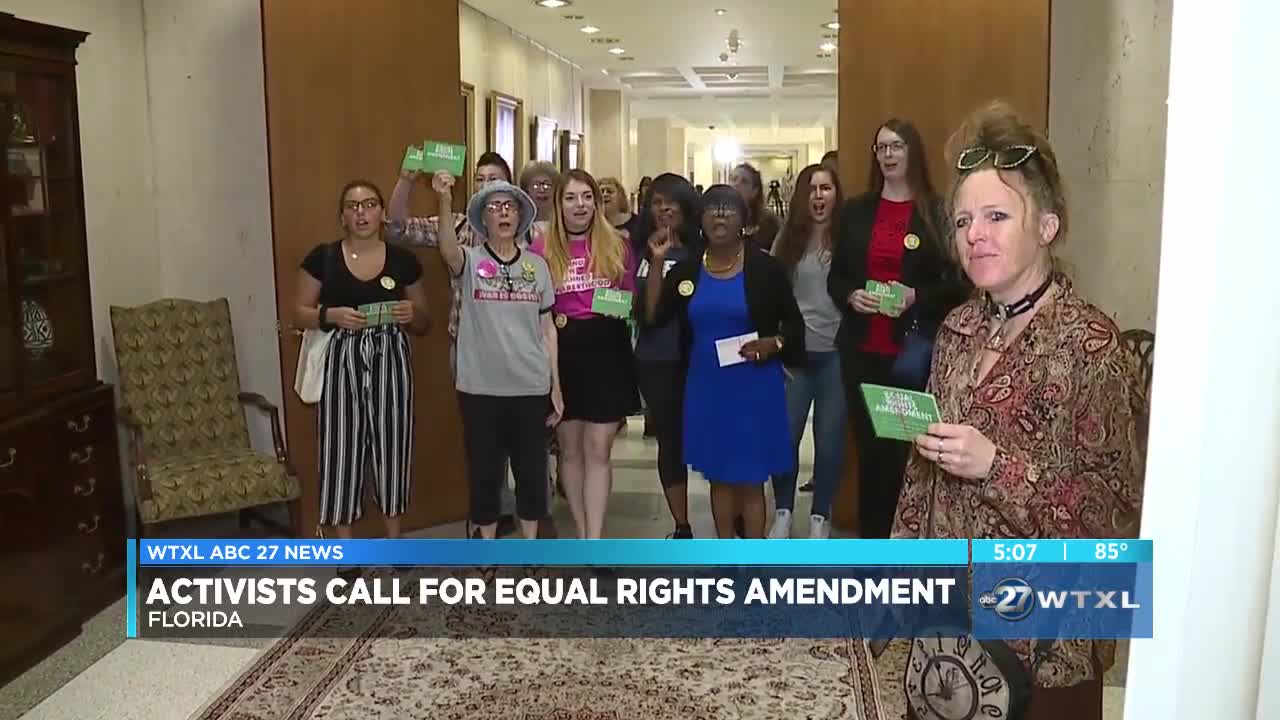 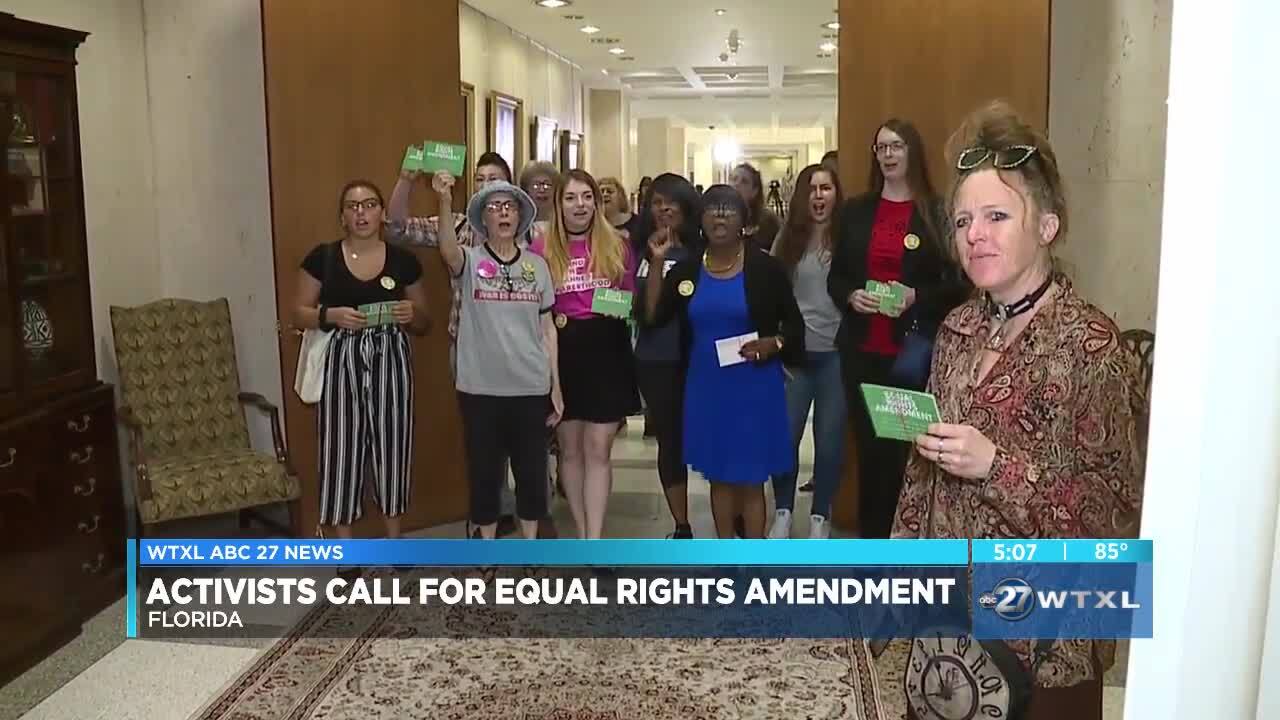 (WTXL) — People were pushing Governor DeSantis to support ratification of the Equal Rights Amendment in the upcoming legislative session.

DeSantis was in Tampa at the time, but scenes like this happened across the state at GOP leadership offices.

The party controls the legislature. The amendment aim's to end legal distinctions between men and women for employment, divorce, property and other matters.

Congress approved it and sent it to the states in 1972. It's since received the support of 37, one-short of the number-needed.

This group hopes Florida will become the 38th after failing to ratify in the 70s and 80s.

"We want true equality guaranteed in the United States Constitution. In the words of the Pointer Sisters— the heat is on. We only need one more state," said Barbara DeVane, Florida NOW Lobbyist.

Florida Democrats submitted at least two ratify bills that failed in the last session. They plan to try again in 2020.

Critics of the amendment feel its language is outdated and suggest it isn't needed, pointing to equality achievements women have made since the 70s.