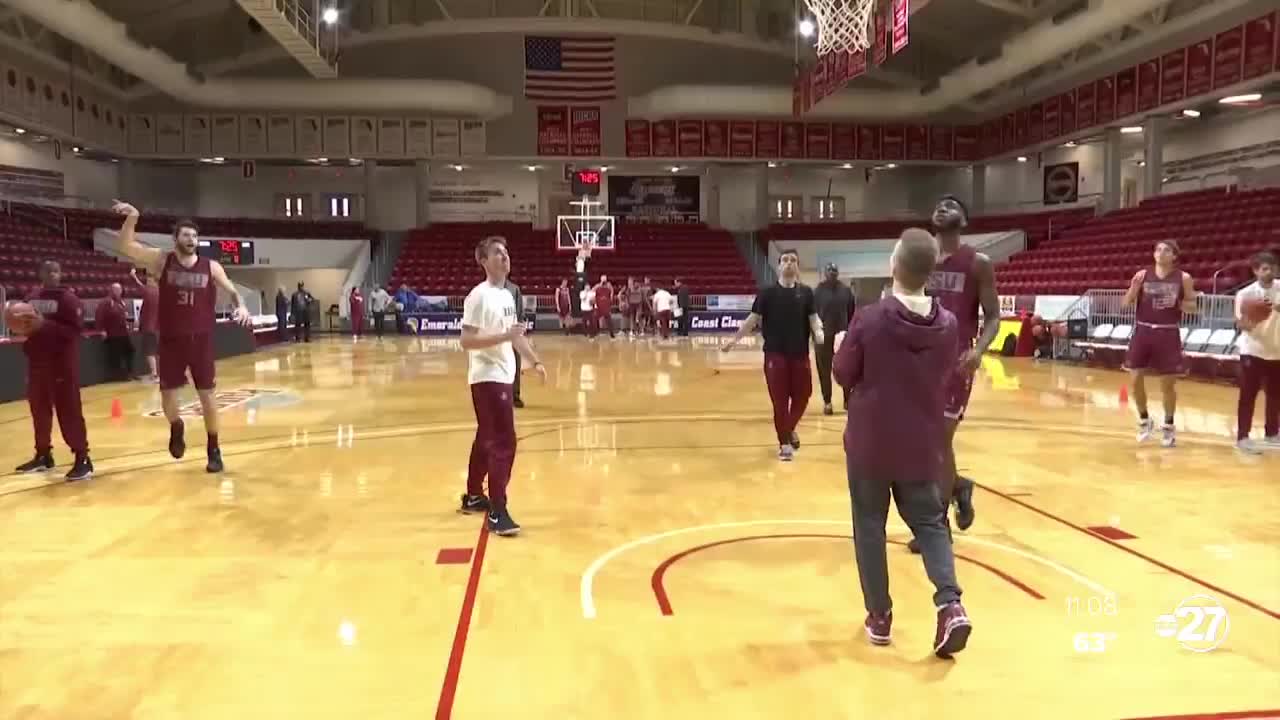 The ACC announced that, beginning Thursday, all games will be played with only essential tournament personnel, limited school administrators and student athlete guests, and credentialed media present.

(WTXL) — The ACC announced that starting Thursday all games will be played with only essential tournament personnel, limited school administrators and student athlete guests, and credentialed media present.

After a regular tournament atmosphere both Tuesday and Wednesday in Greensboro, Florida State will be the first team to play in front of a near empty arena.

They play Clemson at 12:30 Thursday afternoon in the ACC Tournament Quarterfinals.

The ACC isn't the only conference taking this approach.

Every major conference has followed the same suit.

The SEC went as far as restricting attendance at all regular season contests in all sports through at least March 30.

Michigan and Ohio State have both canceled their annual spring football games.

In light of the rapidly changing landscape regarding COVID-19, the latest developments nationally from health authorities and today’s announcement by the NCAA COVID-19 Advisory Panel, the ACC will alter the remainder of the ACC Tournament.

After consultation with the league’s presidents and athletic directors, it was determined that beginning Thursday, March 12, all games will be played with only essential tournament personnel, limited school administrators and student-athlete guests, broadcast television and credentialed media members present.