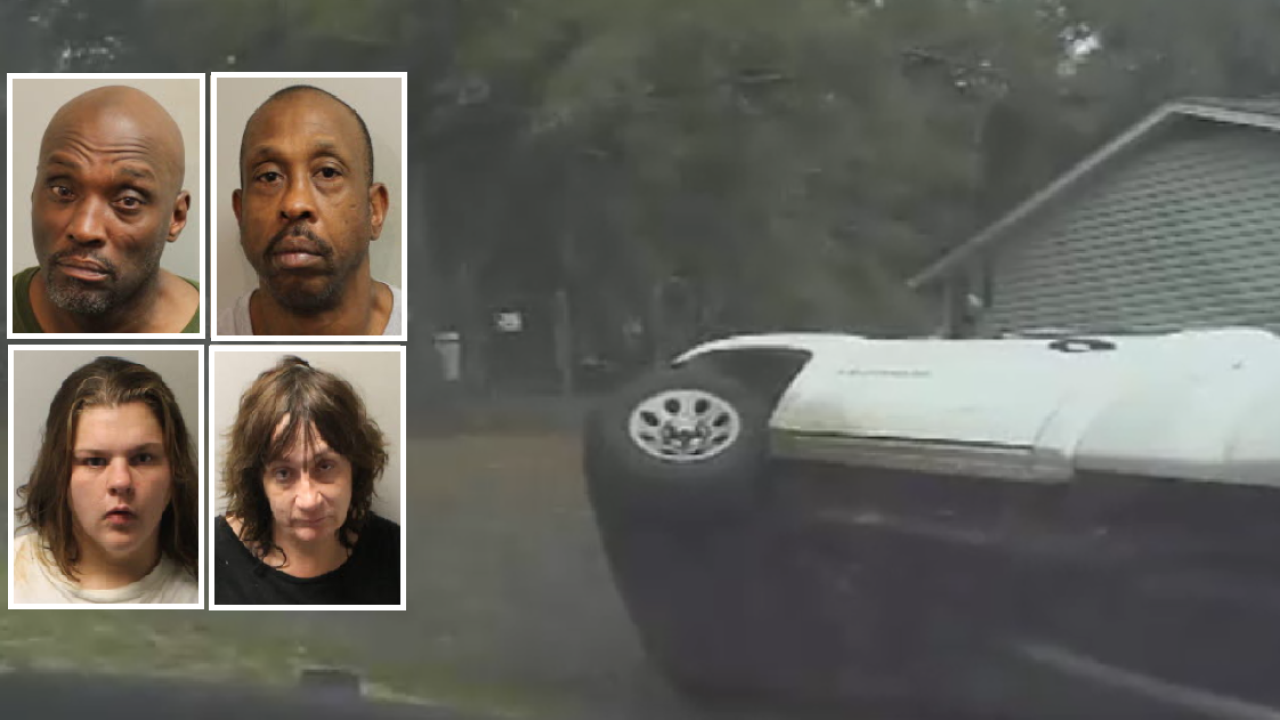 TALLAHASSEE, Fla. (WTXL) — The Florida Highway Patrol has released video of a Tallahassee chase that ended in the arrest of two women and two men accused of stealing from Home Depot.

The Tallahassee Police Department says they responded to the Home Depot at 3200 Capital Circle Northeast around 12:30 p.m. on Friday.

The caller said they saw four people throwing items into the bed of a white pickup truck with no tag. A TPD officer later spotted the vehicle as it approached Centerville Road.

The vehicle fled from officers but the Leon County Sheriff’s Office Aviation Unit helicopter kept the vehicle in sight and relayed its location to officers on the ground.

Eventually, the vehicle made its way onto Apalachee Parkway, where the Florida Highway Patrol pursued it until it crashed at the intersection of Louvinia Drive and Williams Road.

All four occupants were uninjured and were arrested by FHP and members of the LCSO Spider Unit.

FHP says over $ 3000 worth merchandise from Home Depot was in the vehicle, which was stolen out of South Carolina.

They say three of the arrestees were from South Carolina and one was from the Tallahassee area.