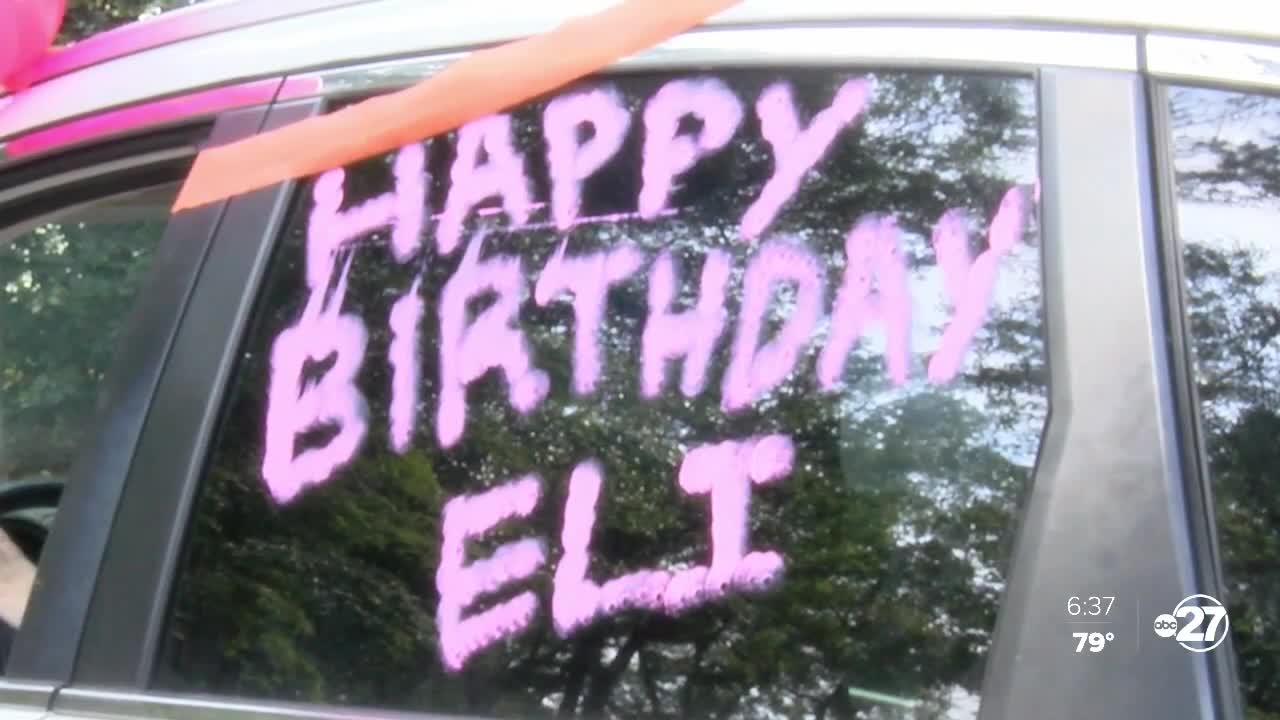 TALLAHASSEE, Fl. (WTXL) — A Tallahassee three year old's birthday party was supposed to be spent with family and friends on Sunday. However, with social distancing, that could not happen for Eli Ballas.

Instead, little Eli got a birthday surprise that neither he nor the community will forget anytime soon. A birthday parade started by Jocelyne Fliger, the CEO of Elder Care Services.

Fliger explained once her team realized that the son of one of their coworkers would not be able to have a birthday party, they put their heads together to come up with an idea to make his day special. The group decided on a parade would do the trick.

Fliger said once you become a part of the Elder Care team, you are a part of a new family. "We are all still connected, we still love each other, even if we have to do it from a distance," said Fliger. "And that we want to make sure that everybody is doing well during quarantine, and that includes the family of our employees."

Eli's parents, Nicole and Sam, were shocked to see so many cars show up for the parade. "Eli is obsessed with trucks and so Jeremy was going to decorate his work truck and they were going to drive by with the one truck," Nicole explained. "But, we had no idea that there was going to be a parade and all of the coworkers. And so that was just amazing, a super great surprise to see this morning."

Nicole added that having to take a step back and look at life as it is now, has made her family and friends realize how much they love being around one another. "To take that step back and everyone else step forward and say like, 'Oh yeah we've got this, we can take care of it, we'll still make it a great birthday, we'll still make sure everyone feels loved.' Even if we can't stand right next to each other while we do it."