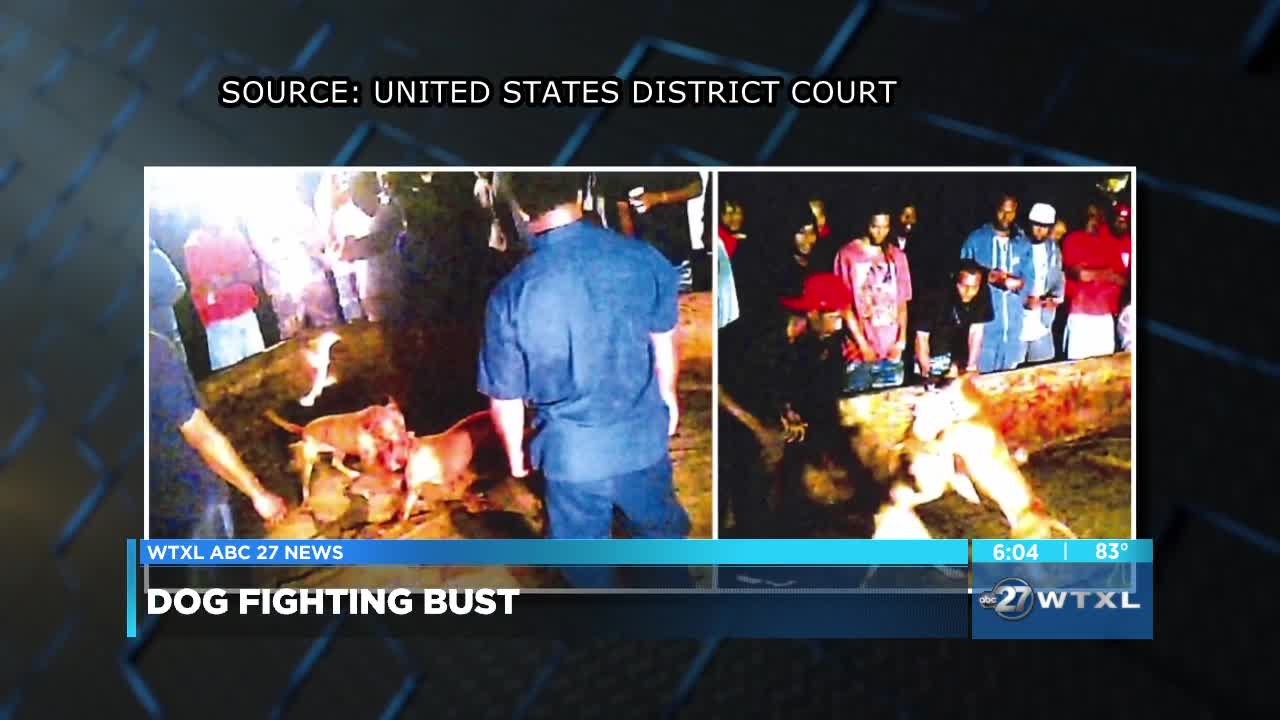 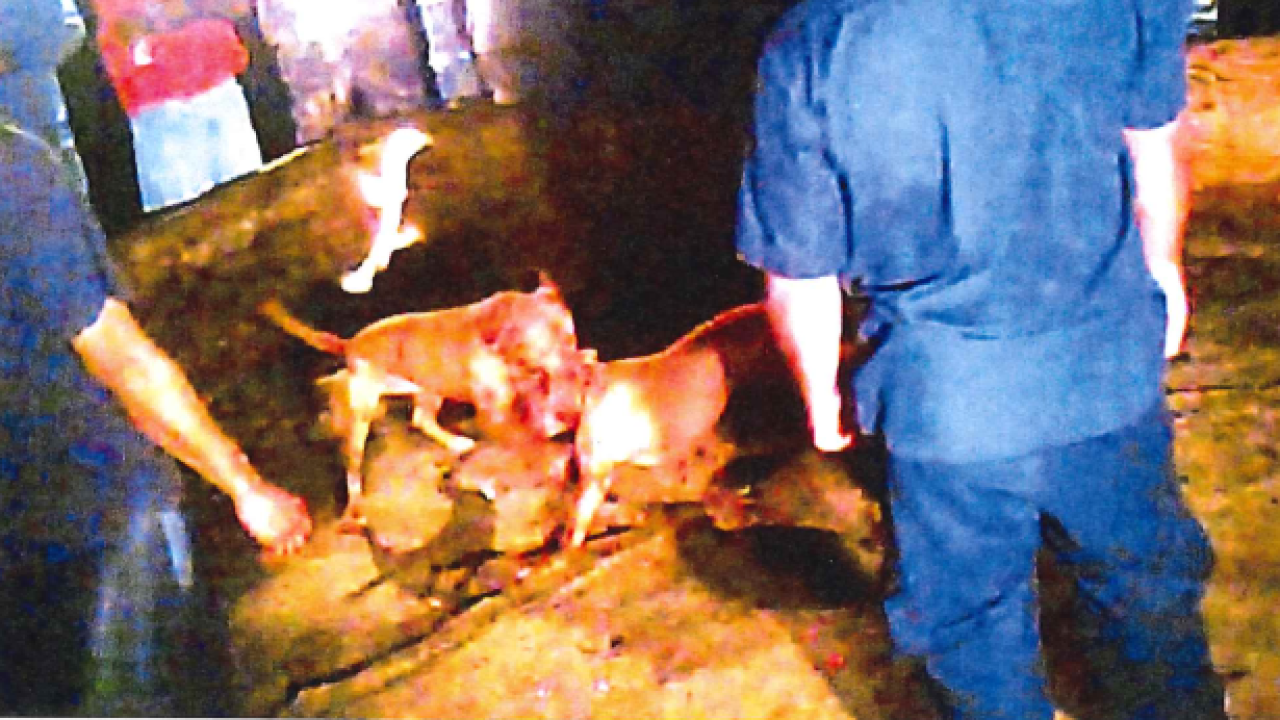 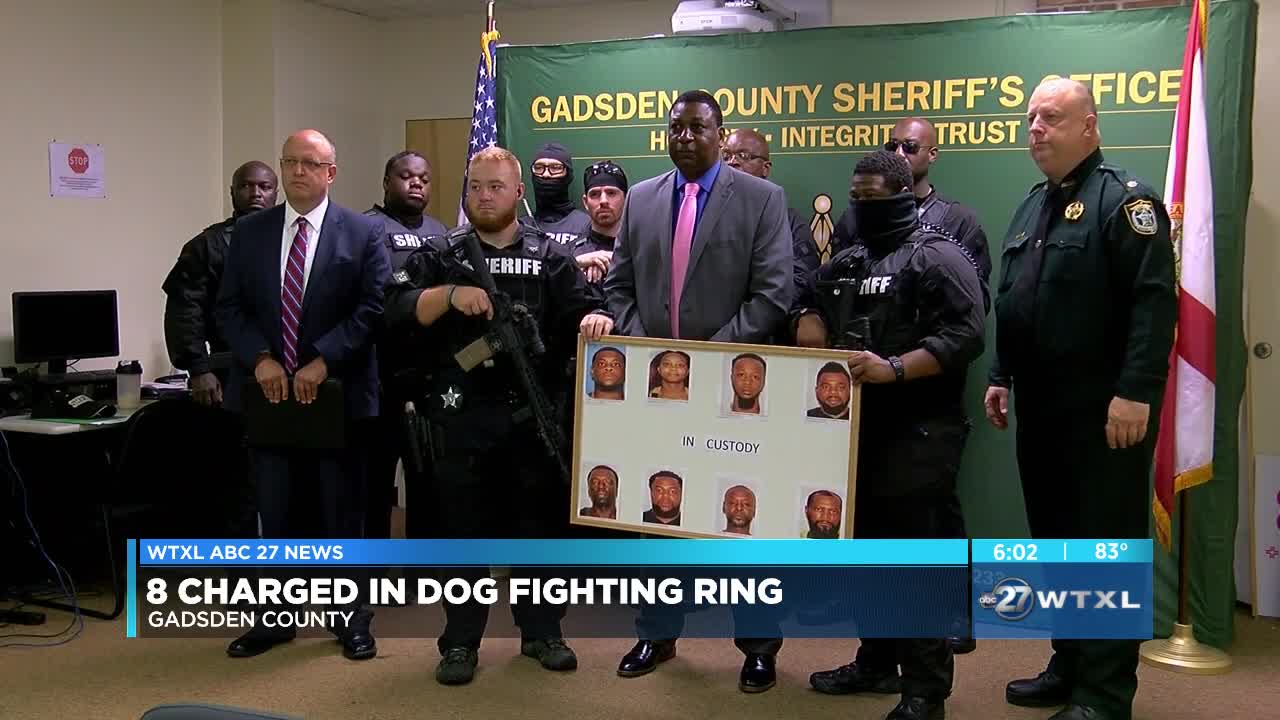 WTXL was in court as three of the eight suspects faced a federal judge. We learned more about what led to those eight arrests in the first place.

That’s when investigators started hearing more and more about dog fighting, plans for future fights, and who would be participating.

From January until May 2019, these fights would happen every few weeks. By May 10, search warrants were issued and 100 fighting dogs were picked up, many of which were very aggressive and had significant injuries.

About five days later, another fight occurred and additional dogs were seized.

Part of Thursday's hearings was to decide if three of those suspects, Leonard Safford, Dennis Lamar Howard and Jermain Terrell Hadley, would be released on bond.

During Safford and Howard’s hearings, the U.S. Assistant State Attorney Eric Mountin, told the judge that each was a flight risk as they both had previous probation violations.

Mountin said both were a danger to the community because they were involved in dog fighting and had prior criminal charges.

Howard’s attorney argued that he was not a flight risk as he has lived in the same place for 12 years and he has a job.

Safford's attorney told the judge he was self-employed as a grass cutter and that he sold puppies. All of his prior chargers were drug related, not violent, and therefore he is not a danger to the community.

The judge ruled that Safford would remain in jail. Howard will be released.

100 dogs have been recovered after a months long investigation resulted an eight Gadsden County residents being charged with federal dog fighting offenses.

The United States Department of Justice announced on Tuesday that the following people have been arrested and charged:

Officials say the indictment and arrests resulted from an extensive investigation by the Organized Crime Drug Enforcement Task Force (OCDETF), a joint federal, state, and local cooperative, which targeted a drug trafficking organization that also allegedly organized and conducted a large-scale illegal dog-fighting operation throughout the Northern District of Florida between 2014 through 2019.

During the operation, search warrants were executed on properties allegedly involved in training, housing, and conducting illegal dogfights. In all, approximately 100 dogs were recovered and seized. Following the seizure, the United States Marshals Service took custody of the animals.

The charged defendants face penalties up to five years imprisonment and fines up to $250,000, per count of conviction.

On May 8, Hadley, Donaldson, McMillian, and Colston were also indicted on federal drug trafficking offenses for allegedly distributing methamphetamine, cocaine, and MDMA throughout the north, central, and panhandle of Florida between 2018 and 2019.

According to authorities, approximately 100 dogs were recovered and seized.