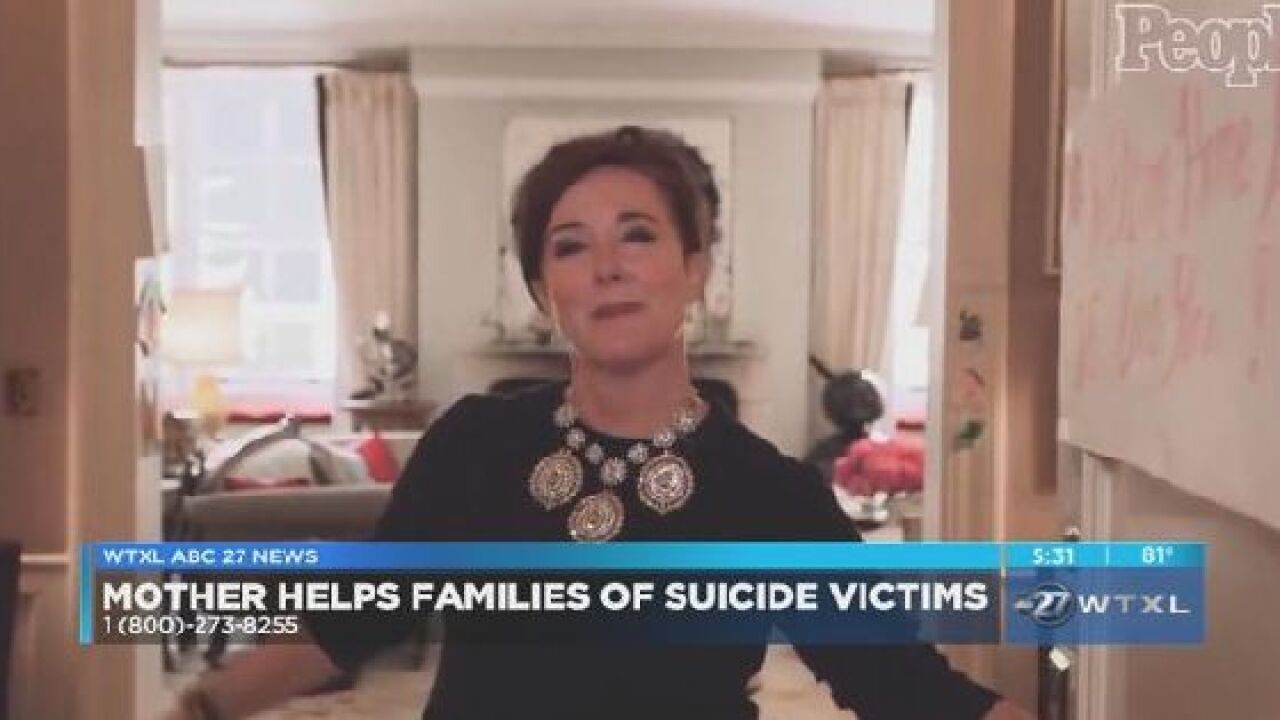 We spoke to the mother of a suicide victim who hopes she can make sure others never feel her pain.

"Six years ago, on January 13, Friday the 13th, our daughter Brooke killed herself," said Mary Bowers, a mother of a suicide victim.

While the topic may be fresh due to fashion mogul Kate Spade's recent suicide, the National Alliance on Mental Illness says that each year more than 34,000 people take their own lives.

Bowers says she never imagined that suicide would become a part of her life until reflecting on Brooke's final years.

"That's one of the first thing we do is say 'well why didn't I see the signs,' but in our situation we did see some of the signs," said Bowers.

"When she was sixteen her boyfriend killed himself and she found his body then," said Bowers.

Now, Bowers spends her days working with the NAMI Tallahasse Loss Program, talking to others about suicide prevention and how to move forward after a loved one takes his or her life.

"Eventually what we would like to do is get to the survivors sooner rather than later," said Bowers.

She's even training with law enforcement to meet with survivors after they learn of loved one's suicide.

And she reminds people struggling with suicidal thoughts that there are resources available, like the mentoring program at Capital Regional Medical Center.

"It's a great program to help those individuals who don't fall into the inpatient category but need a little more help than just seeing a psychiatrist," said Keli Mercer, CRMC Behavioral Health.

Bowers says that being open and honest about suicide is what it takes to end the trend.

Bowers says the LOSS Program is always looking for volunteers. You can email them at Lossteam@namitallahassee.org.