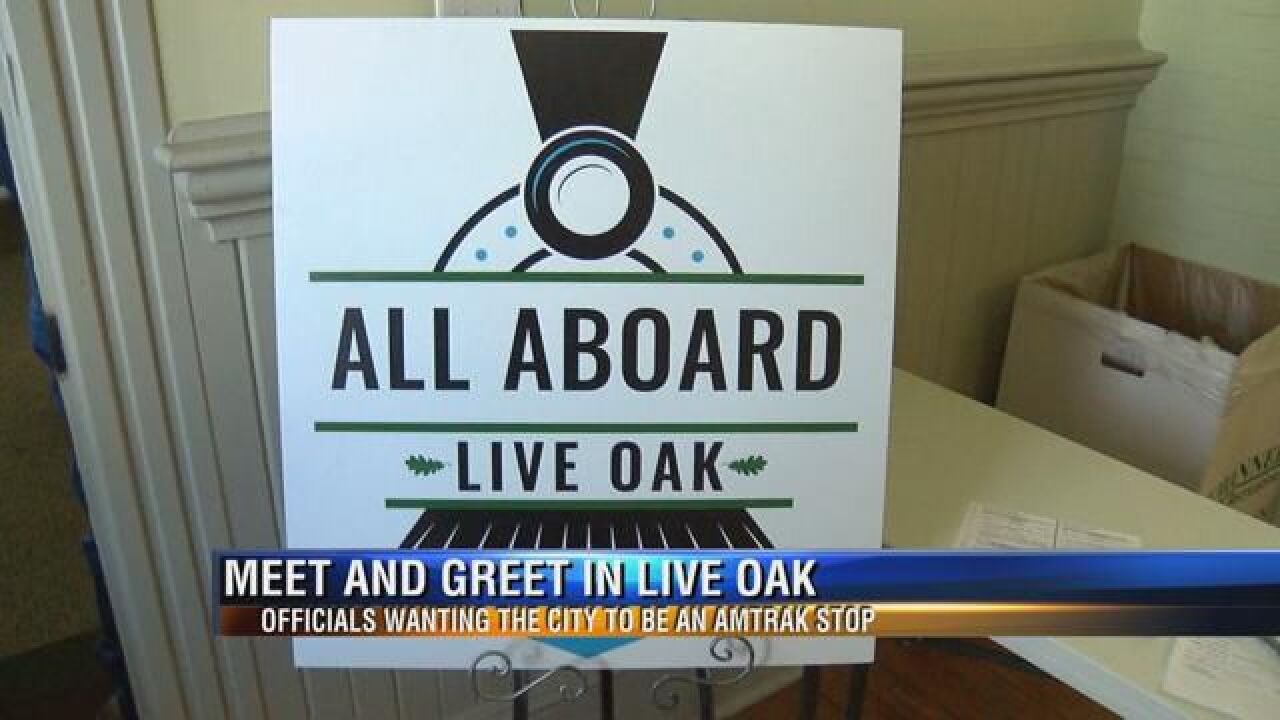 This apart of their "All Aboard Live Oak" campaign to show Amtrak and the Southern Rail Commission why they should make the city a stop.

The event held Tuesday allowed city leaders an opportunity to update residents on the campaign and to update them on future efforts.

City officials say they would generate between $12.25 and $12.72 million dollars annually for Amtrak.