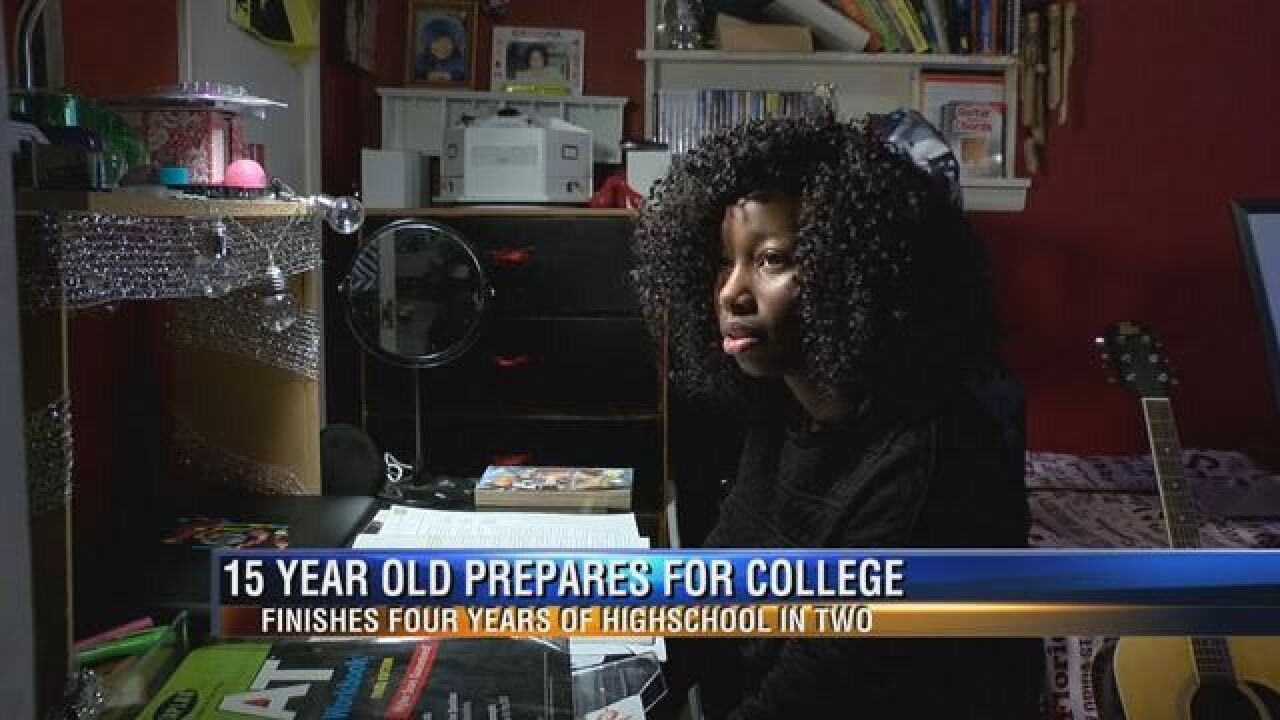 TALLAHASSEE, FL (WTXL) - A local 15-year-old is preparing for college after being promoted every semester since she registered as a high school freshman. Lauryn Brown will be donning her cap and gown this spring to make her way across the graduation stage.

Imagine the typical 15-year-old, they're probably thinking about the prom or maybe getting ready to get their driver's license. Well, Brown is making her way through a stack of college acceptance letters.

"Where ever Lauryn has applied, she has been accepted. She's been accepted into Florida Southern, University of West Florida...." said Marissa Baitey-Collier, Brown's mother.

Brown will be graduating from Godby High School this semester after completing  four years of high school in only two. Holding a 4.2 GPA, Brown was unstoppable in the classroom taking on advance placement, honors, as well as dual enrollment courses.

"An average day for me is I go to Godby for three hours out of the day. And then I go home and work on homework," said Brown, "And then later in the day, I'll go back to Godby to tutor other kids or I'll go to TCC."

Brown not only excels in the classroom, but plays four different instruments.

"It's good to be in extracurricular things like music or dancing because I know that definitely helped me," said Brown.

Brown is currently ranked 5th in her graduating class, but will have to forfeit her rank upon graduating early. Florida statue prevents Brown from being included in senior class ranking because she was not enrolled for seven semesters.

However Brown says she is thankful for the opportunity to graduate early and will continue to focus on her education.

She's been accepted into Florida Southern, Florida A&M University, as well as the University of West Florida. She is still undecided on where she'll go.