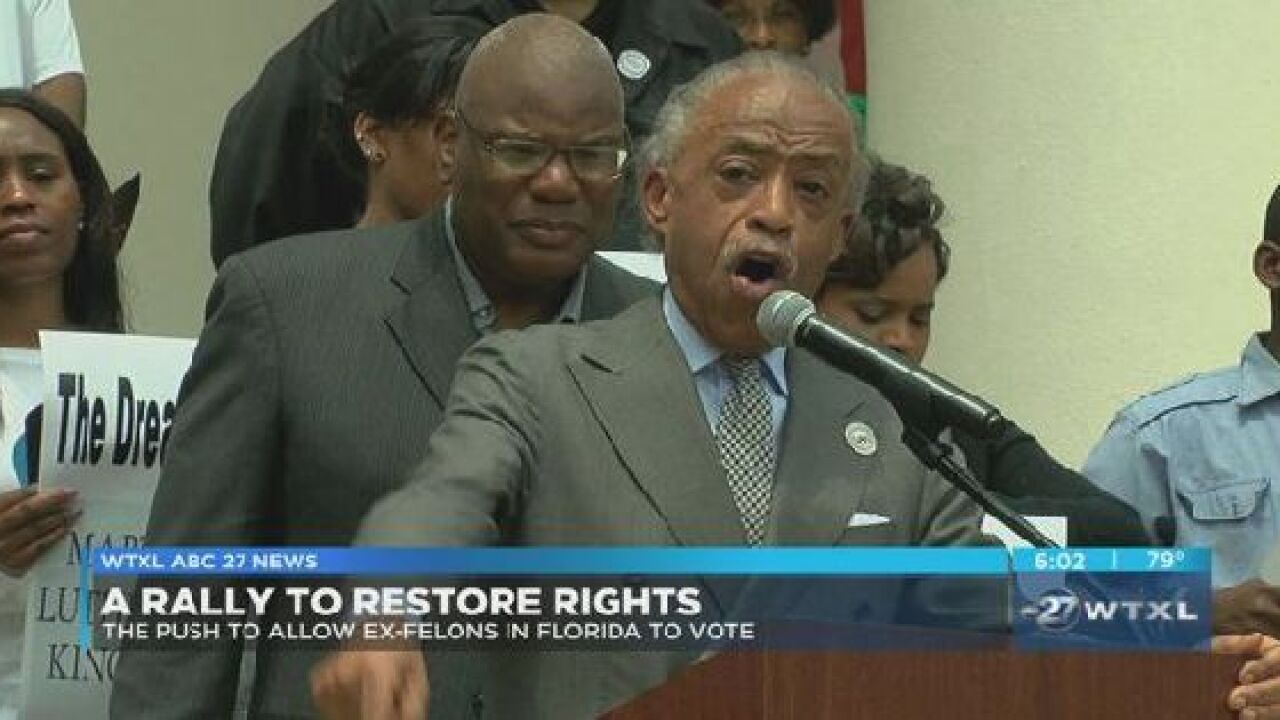 This comes a day after a federal panel blocked an order that would have forced the state to overhaul its current process, and now it comes down to a critical amendment on the November ballot.

Amendment 4 could have a major impact on elections, if approved in November.

Most ex-felons could have their voting rights restored immediately. That would add 1.5 million new voters in Florida.

"We don't know what those people, how they will vote, but the main thing is that it will change that, and it will give them an opportunity to make a choice and to make a decision," said Lanita Joe, member of Bethel Missionary Baptist Church.

The Governor's Office said in a statement Wednesday that an order to overhaul the state's process was a "reckless ruling," and that it is "glad" a higher court blocked it.

Sharpton, president of the National Action Network, said the current process is "taxation without representation."

"You want new voter ID, but you don't want background checks for me to have weapons that's only set up for the military? This is a level of new Jim Crow," Sharpton said.

"Once you have done the time for the crime, you ought to be free to be able to vote," said Joy Bowen, a member of Bethel Missionary Baptist Church.

The rally also touched on the issue of gun safety.

Sharpton said the tragedy in Parkland and the death of Trayvon Martin have put Florida in the spotlight and that the country needs smarter legislation to keep people safe.

"We need to keep the fire going if we're going to advance as we have in the past," said Civil Rights Activist Reverend Henry Steele.