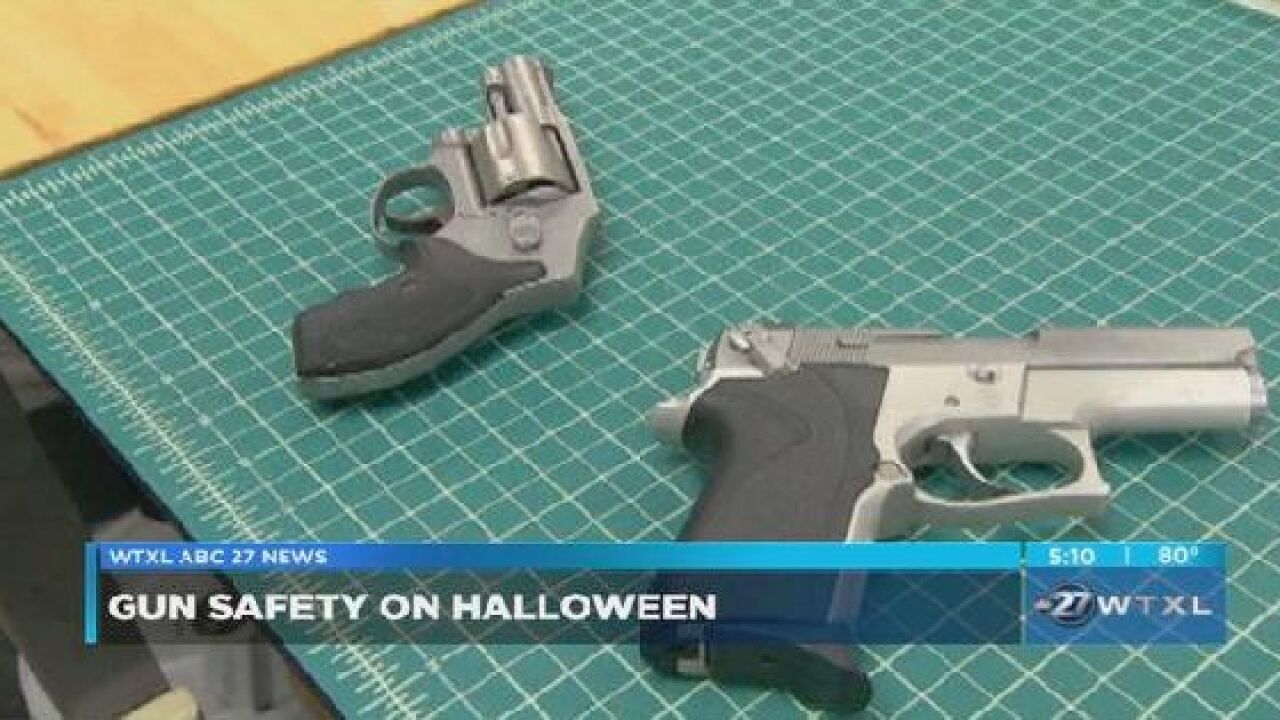 LEON COUNTY, Fla. (WTXL) - Halloween is just around the corner and popular kid costumes include things like bandits and sheriffs, which may include fake guns.

The Leon County Sheriff's office said to make sure you treat every gun you see like it's real, until you're absolutely sure it isn't.

Some fake guns have orange tips on them, which can be an easy way to tell.

But sometimes people paint over them or remove them, so they look as real as possible.

LCSO also said it is never a good idea to fire real guns into the air as a way to make noise or celebrate.

its got to come down somewhere," said Deputy Dave Teems with LCSO. "You should never fire a firearm at anything your not intending to kill."

Deputy Teems also said make sure if you've been drinking, you're not handling firearms.