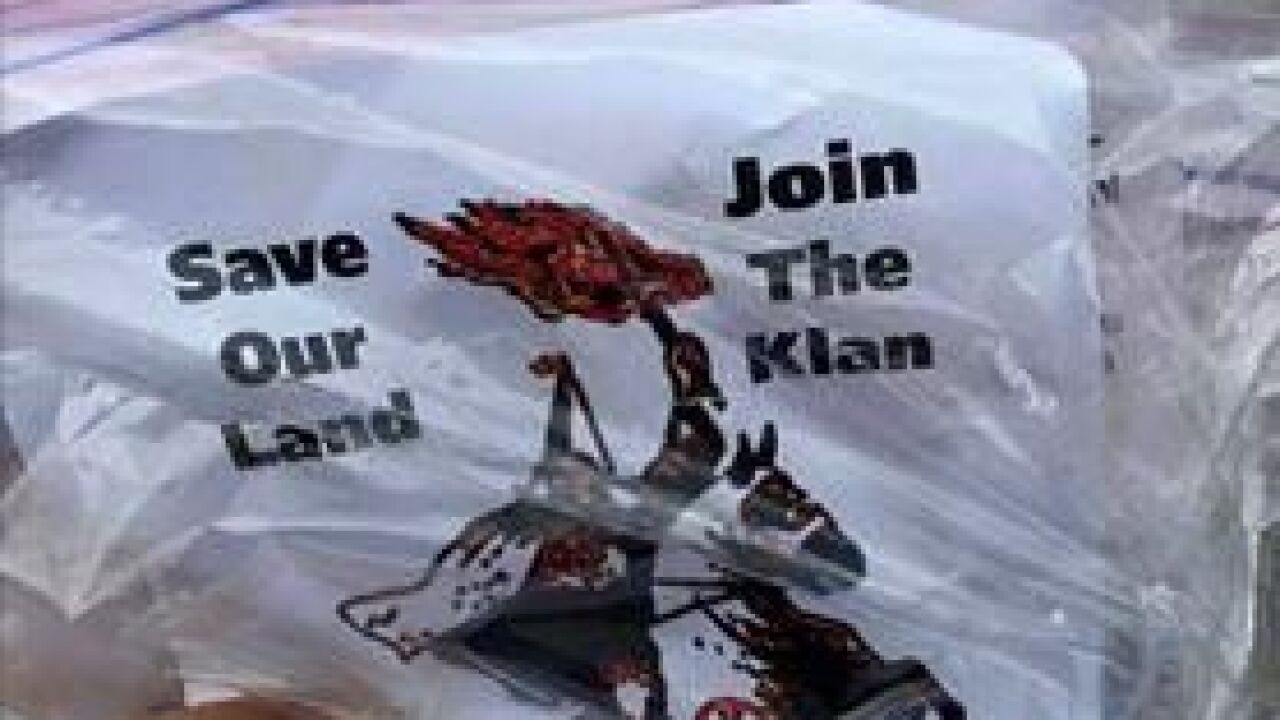 A resident posted a picture on social media claiming that bags filled with flyers promoting the Ku Klux Klan, had been found in a Buck Lake Neighborhood. Witnesses say residents have collected close to 100 hundred of these bags. Inside of the bag is a flyer that reads "Save our land, Join the Klan."

The website on the flyer takes users to the Traditional American Knights page. On that page, users can call a number to request an information packet.

The Southern Poverty Law Center, who monitors hate groups throughout the country says there are about 27 different groups of the Ku Klux Klan in existence.

While the incident does cause concern for some, it's technically not illegal. Mark Potok with Southern Poverty Law Center says this kind of propaganda from the Ku Klux Klan is protected under the first amendment.