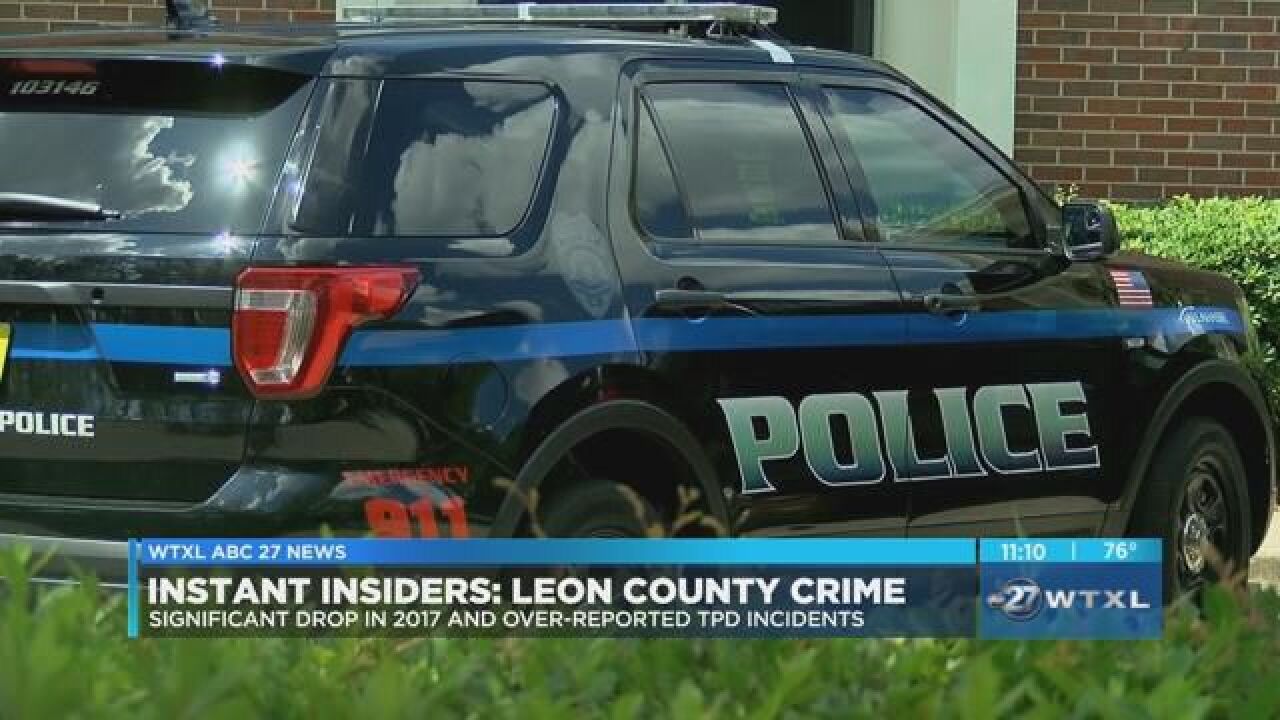 TALLAHASSEE, Fla. (WTXL) - Do you feel safe? It's a question Leon County residents have been asking for years.

"I go back home, where they're shooting at night and now in the day," said Stanley Sims, Southside Advocate. "It's not just at night."

"You can always be assured that there is a police vehicle at least somewhere nearby, but I've never seen a crime unfold on campus," said Josh Alber, an FSU Student.

According to The Florida Department of Law Enforcement's Uniform Crime Reports, Leon County's crime rate has been the highest, four years running.

But a closer look at the 2017 data shows significant improvement.

"Crime went down by 15 percent in Leon County, and that's the good thing about it," said Sheriff Walt McNeil. "The fact is that the rest of the state is doing good. That's what that really says."

The number of reported robberies, burglaries, rapes, larcenies and aggravated assaults were all down in 2017 compared to 2016.

Over that same period, the sheriff's office reported a decrease of 18 percent in overall crime.

Looking at the stats since 1996, the crime rate in the county has generally dropped. It's now at its lowest since 2013.

Reaching that goal includes working with other agencies. The sheriff's office wrapped up a four-month operation with the Florida Highway Patrol.

"Perhaps we were moving some of that crime out of Leon County, and it started to impact some of the surrounding counties -- and that's not a good outcome either," said McNeil. "This is about all of our -- you know, this is a family."

Tallahassee police have also seen a considerable drop in crime -- 14 percent from 2016 to 2017. But a recent audit shows there's less crime than what's on the books.

"So, we're actually reporting more incidents than had occurred -- which is better than us underreporting and someone thinking that we're playing number games," said TPD Chief Michael DeLeo.

PRI Management Group audited more than 2,000 cases from the 2017 Uniform Crime Report. It turns out several types of crimes were counted incorrectly.

The audit claimed human and technical errors led to the misreporting -- and recommended hiring a records manager.

"It's a holistic process between the initial report being taken, documented, the supervisors looking for the right aspects of the report to make sure they're documented properly, and then also, on the back end with our records staff, making sure that they're being recorded and reported properly as well to FDLE," said DeLeo.

Chief DeLeo was unavailable for an interview this week about the discrepancies -- but offered this statement:

"There is more work to be done, and TPD will continue to meet every challenge head on with a continued commitment to supporting innovative, community-focused programs helping to drive down crime."

If you have a story idea for the Insiders, you can email us at abc27news@wtxl.tv, attention: "The Insiders."