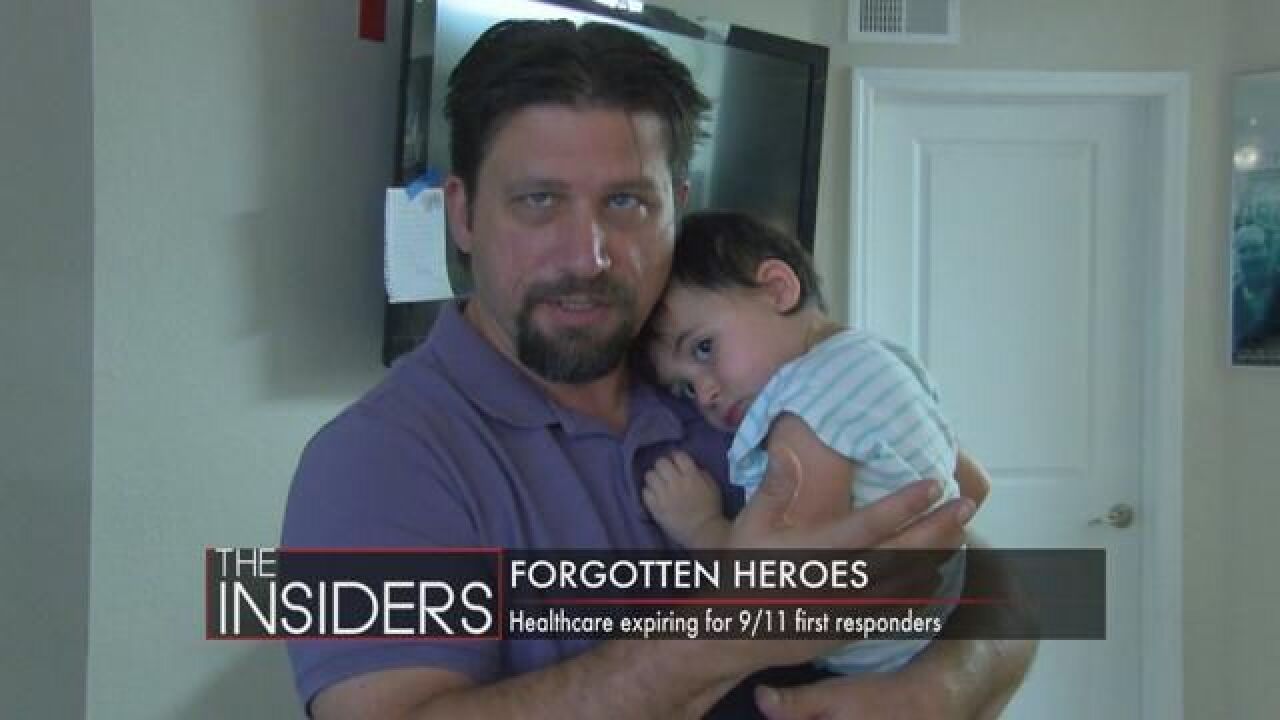 TALLAHASSEE, FL (WTXL) -- On October first, a federal bill providing healthcare for first responders during 9/11 was not renewed, leaving thousands looking for ways to pay for coverage. More than 33-thousand people have at least one injury or illness related to 9/11. They are the ones who escaped death that day. One Tallahassee paramedic, his fiancee, and their two young daughters are just one of the many families scrambling to keep up with treatment.

After the first tower fell, Anthony Gorman, a seasoned paramedic, was called in to help. “We didn't know what was going to happen. We didn't know if we were going to make it through the day," remembers Gorman.

While those triggers are temporary, Gorman battles health issues that last much longer. He has five certified illnesses tied to 9/11, from PTSD and reflux to asthma and COPD. Gorman explained that “It's a multitude of issues, and again, it's small compared to some of the challenges that other people are dealing with."

The James Zadroga Act has covered Gorman's treatment for the past five years. Zadroga, who died in 2006, was the first NYPD officer whose death was linked to recovery efforts on 9/11. The act offered coverage until 2015, but when the new federal fiscal year started in October, finding wasn't included in the budget.

"To have, you know, funding to take care of these people is not a lot to ask. It's a slap in the face."

Every day, Gorman has to take nine different medications to the cope with the conditions he suffered from after 9/11. If the Zadroga Act isn't renewed, he'll have to pay for these things out of pocket, which could total up to $750 dollars every month.

"I don't think anyone should have to make a choice: Do I pay for my medication, or do I have to pay rent?" Gorman said. Rent is around $900 dollars. His fiancee Lynn says defunding the act raises serious questions. “Do we feed our children, or do we keep him healthy? You know, are my children going to have a father in the next couple of years? You know, that scares me."

Gorman is only 43-year-old. He and Lynn have been engaged since 2013, but having a wedding isn't a priority when they worry about his health every day. "He's my life. He gave me two beautiful girls. I don't know what I would do without him."

The family has reached out to local lawmakers for help. State Representative Gwen Graham is a co-sponsor of the James Zadroga 9/11 Health and Compensation Reauthorization Act. “We owe them this help with their medical bills and so much more. Our nation will forever be grateful for their sacrifice. Keeping the Zadroga Act would be the least the American people -- the least Congress could do to thank these people," said Rep. Graham.

Gorman says lawmakers have a moral obligation to refund the act and not just to make a statement every 9/11 anniversary. "It's become almost a catchphrase, where it's like, 'Oh, never forget.' You know, wear a ribbon, fly a flag at half mast, tell everybody 'never forget,' and then a couple weeks later, you know, it's time to renew and they forgot."

The Zadroga Reauthorization Act has 190 co-sponsors in the house and 57 in the senate.