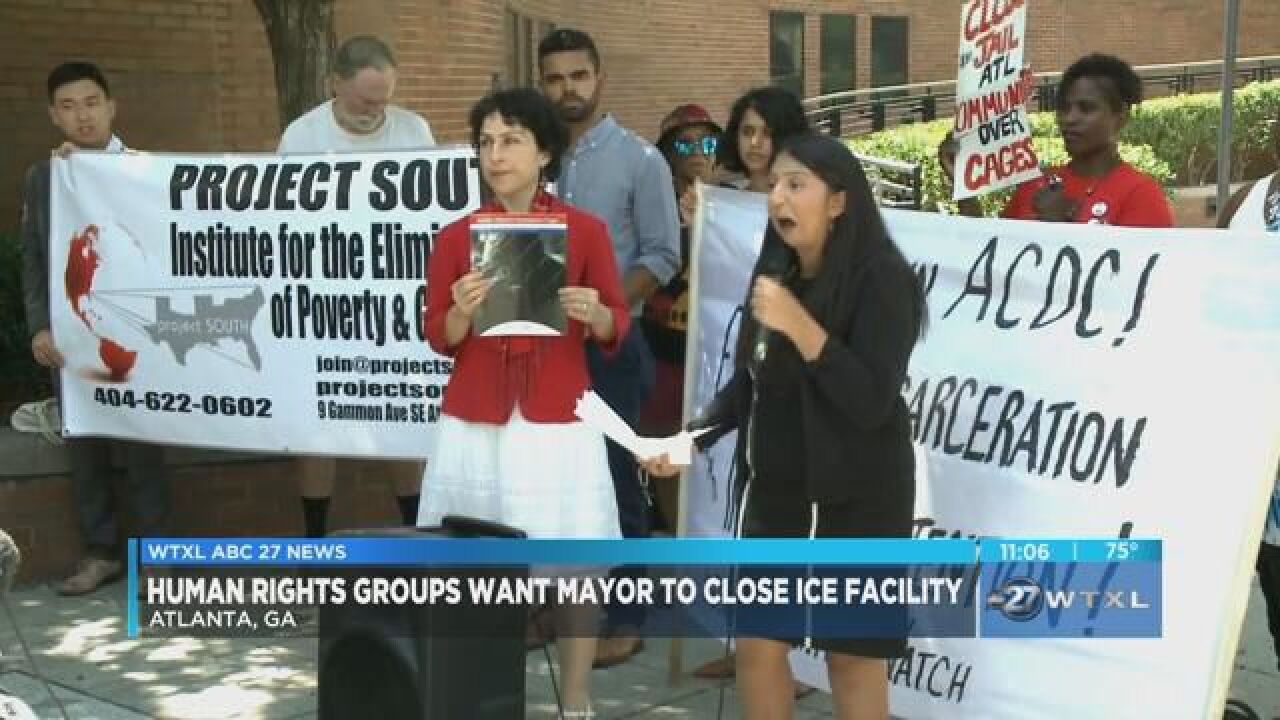 (WTXL) - Human rights groups have released a report in hopes the mayor of Atlanta will consider closing an ICE detention facility at the city jail permanently.

In a report titled "Inside Atlanta's Immigrant Cages," 38 detained immigrants as well as several immigration attorneys were interviewed about the conditions at the Atlanta City Detention Center.

The Legal and Advocacy Director of Project South says the decision needs to be a permanent one due to the reports of sexual abuse and over use of solitary confinement.