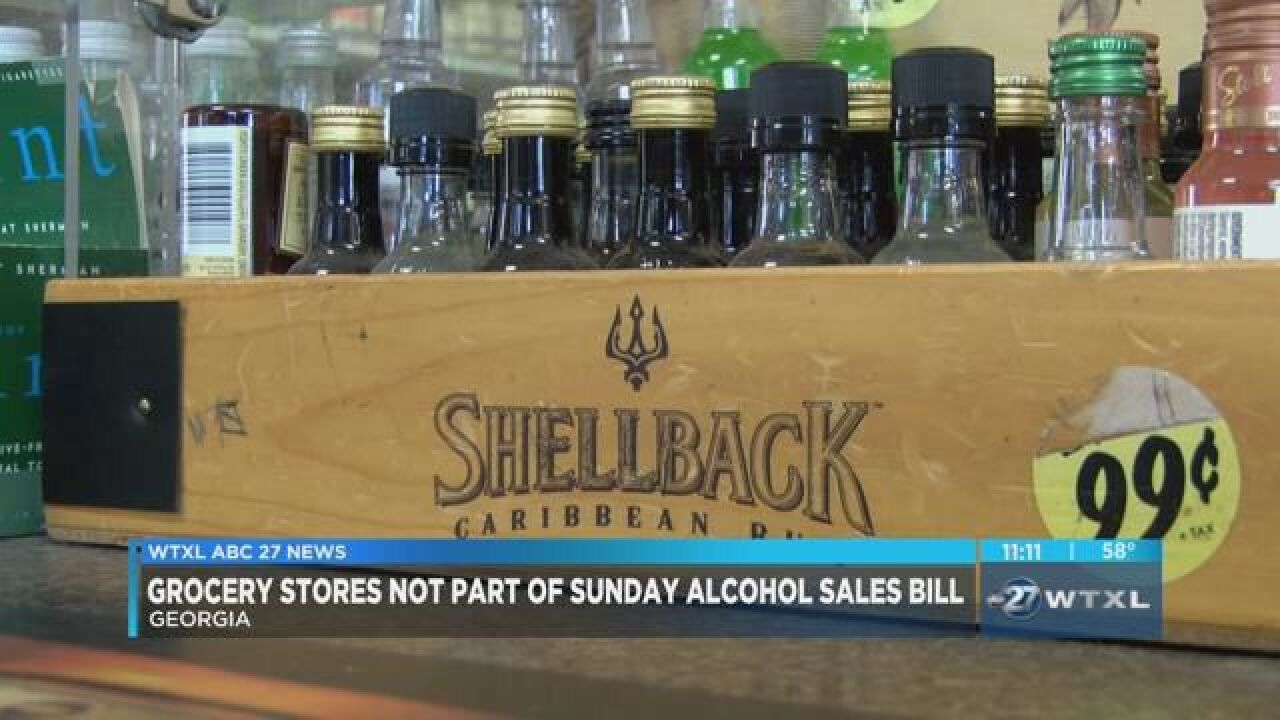 (WTXL) - Retail stores are no longer included in a proposal to allow Georgians to purchase alcohol on Sunday mornings.

By a non-unanimous vote, the Senate Regulated Industries and Utilities Committee backed an amended bill that would allow people to drink at restaurants and wineries beginning at 11 a.m. on Sundays.

Off-premise sales, such as those at supermarkets, would remain illegal until 12:30 p.m. on Sundays.

If the bill passes, earlier sales would have to be approved in a referendum on the local level.