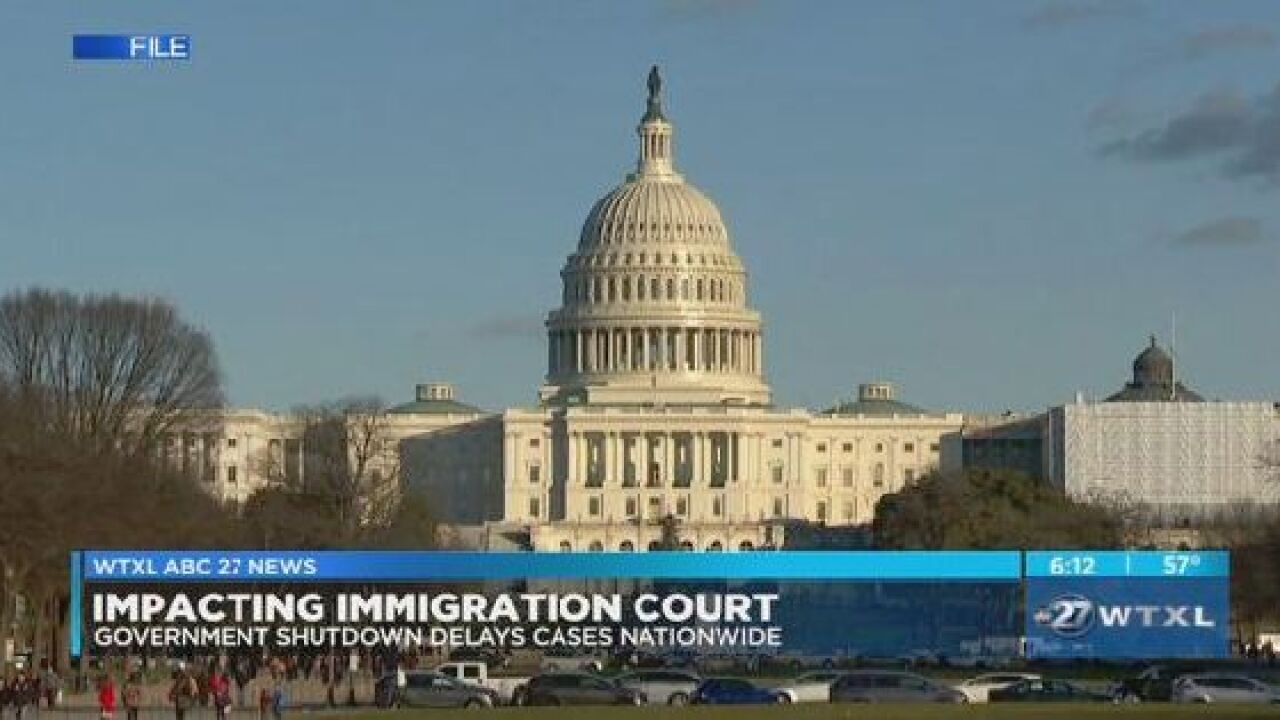 In addition to impacting federal workers, it's also affecting the immigration court system.

An immigration law firm based here in Tallahassee said hundreds of its clients are waiting for their day in court to resolve a range of issues, but because part of the government is shutdown, those cases are on hold.

Dockets for those who are detained will continue as scheduled, but the non-detained docket will be reset once federal funding resumes.

Immigration Lawyer Neil Rambana said due process in those cases is being denied. So, people trying to deal with issues about their green cards, other identification, and special applications are essentially stuck in the system.

"There are people who have asylum cases that are pending before the court," said Rambana. "They're not detained, but they need to have those matters addressed, and sometimes, it's a life and death situation and all of those cases that were to be heard are now going to be pushed down the road, and that's not helpful because the president did identify that the system is broken, and the president is correct."

The closest immigration court to Tallahassee is more than two hours away in Lumpkin, Georgia.

Other locations include Atlanta and Orlando, so for some, even traveling to see an immigration judge is a factor.

Rambana said hundreds of thousands of people legally come to the U.S. but stay past their status.

It's those cases where he says the system is failing and the longer the shutdown continues, the longer it will take to get to each case.