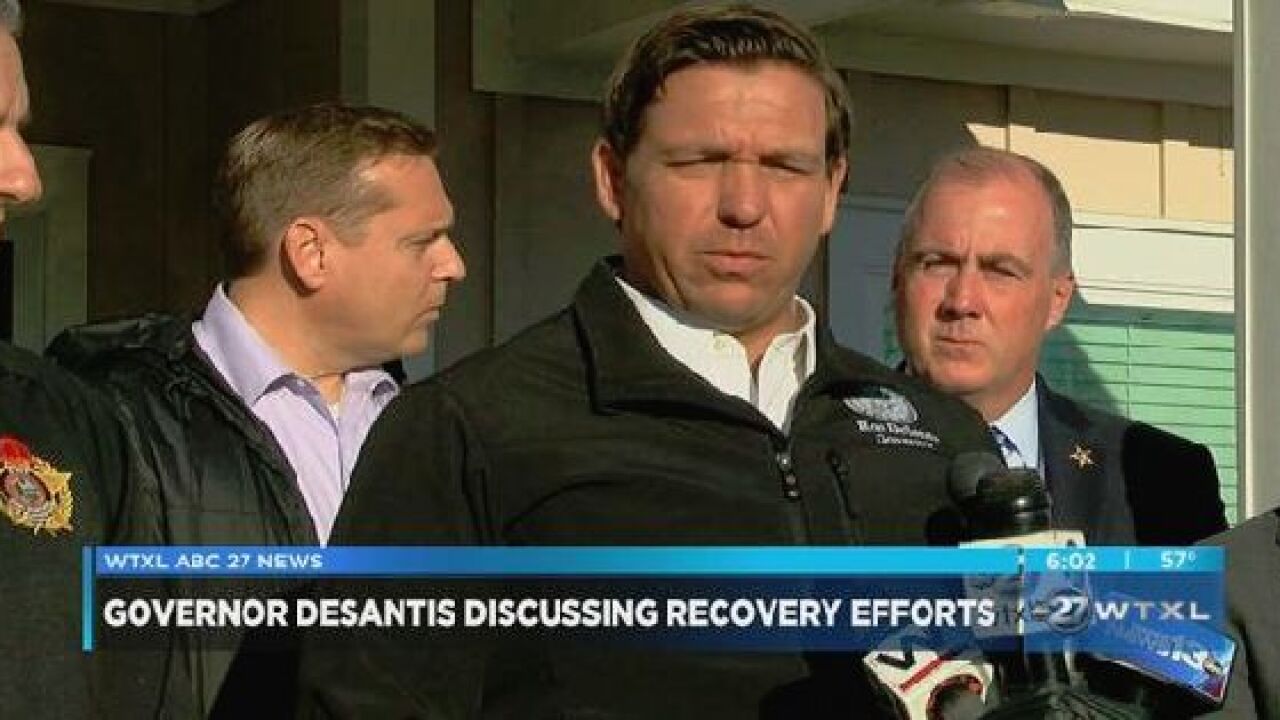 Charles Smith, Owner of Gulf View Hotel, rode out Hurricane Michael in his motel that overlooks Mexico Beach. He said he watched the walls being ripped from around him and neighboring houses being torn off their foundation.

Smith is just one person in Mexico Beach who has a story like this.

Houses surrounding his motel split in half, ripped off their foundation, and dragged several hundred feet from their lot.

Smith said many of his neighbors don't have insurance and for three months he's been living in a scene of rubble and destruction.

"I couldn't sit around and wait for FEMA because they're just now giving people trailers," said Smith. "And I live here so I had to have a place to live. Right now I have no money coming in, it's all going out."

Smith said he's doubtful Governor DeSantis can help the individuals, like him, who are struggling to get their business or their home back together.

Smith said even though he has insurance, there's a 90 day moratorium on building permits so he hasn't even been able to start picking up the pieces of his motel.

The first order of business for Governor DeSantis was meeting with mayor Al Cathey of Mexico Beach. With First Lady Casey DeSantis by his side, they went on a tour to see the damage that ravaged the community.

Governor DeSantis said he wants to make sure all impacted communities don't feel forgotten three months after the storm.

He had a sit down with city leaders to talk about how he can help recovery efforts moving forward.

"These people here are working awfully hard to try to put this back together. They need a little help and so what I wanted to do is just talk to people, figure out what we could do to be helpful and what they needed," said DeSantis. "And if I can be helpful with facilitating things with the federal government, we wanted to do that as well."

Governor DeSantis said the people in this community are resilient and will bounce back from this scene of destruction they're currently living in.

He said he recognizes it's going to be an on-going effort, but he's in it for the long haul and plans to continue working closely with city leaders in Mexico Beach.