Trump pressured Georgia to 'find the fraud' in earlier call 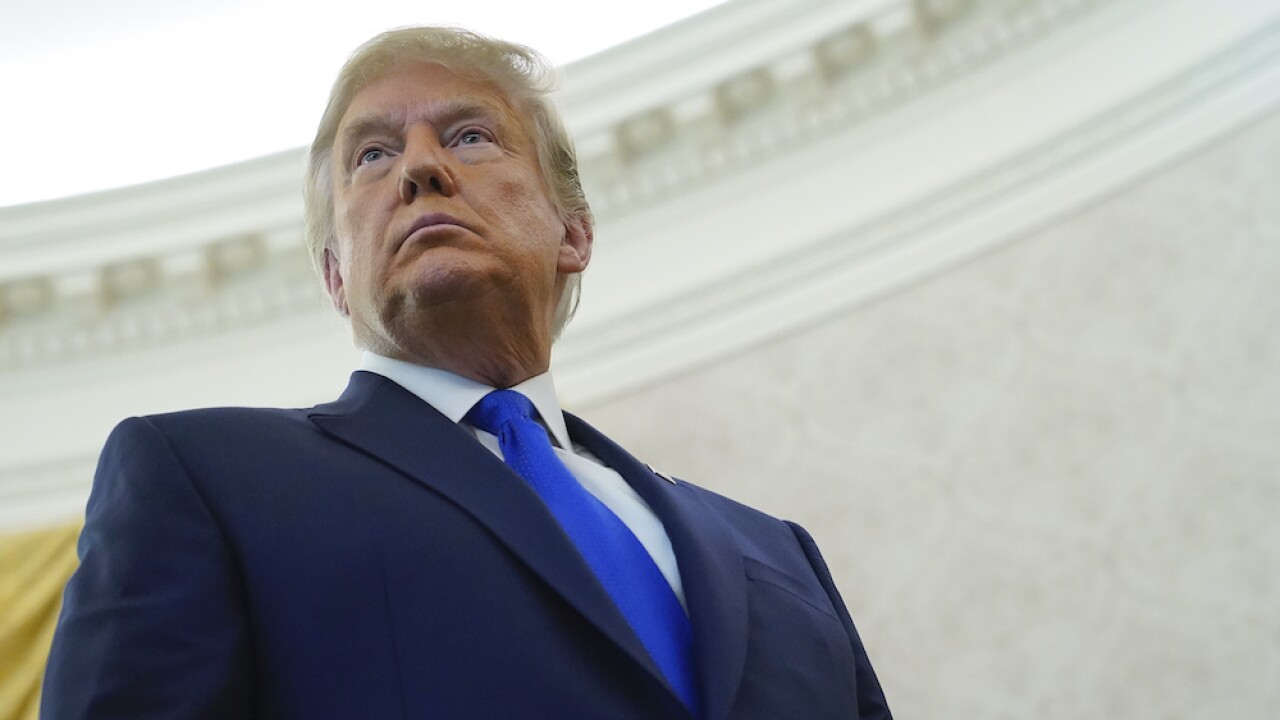 ATLANTA (AP) —ATLANTA (AP) — While election officials in Georgia were verifying signatures on absentee ballot envelopes in one metro-Atlanta county, President Donald Trump pressured a lead investigator to “find the fraud.” He said this would make the investigator a national hero. The December call preceded Trump’s Jan. 2 call to Georgia Secretary of State Brad Raffensperger where he asked election officials to “find” enough votes to overturn Joe Biden’s win in the state’s presidential election. The call was described by a person familiar with it who spoke on the condition of anonymity in order to describe the sensitive nature of the discussion. It was first reported Saturday by The Washington Post.

Copyright 2021 The Associated Press. All rights reserved. This material may not be published, broadcast, rewritten or redistributed without permission.