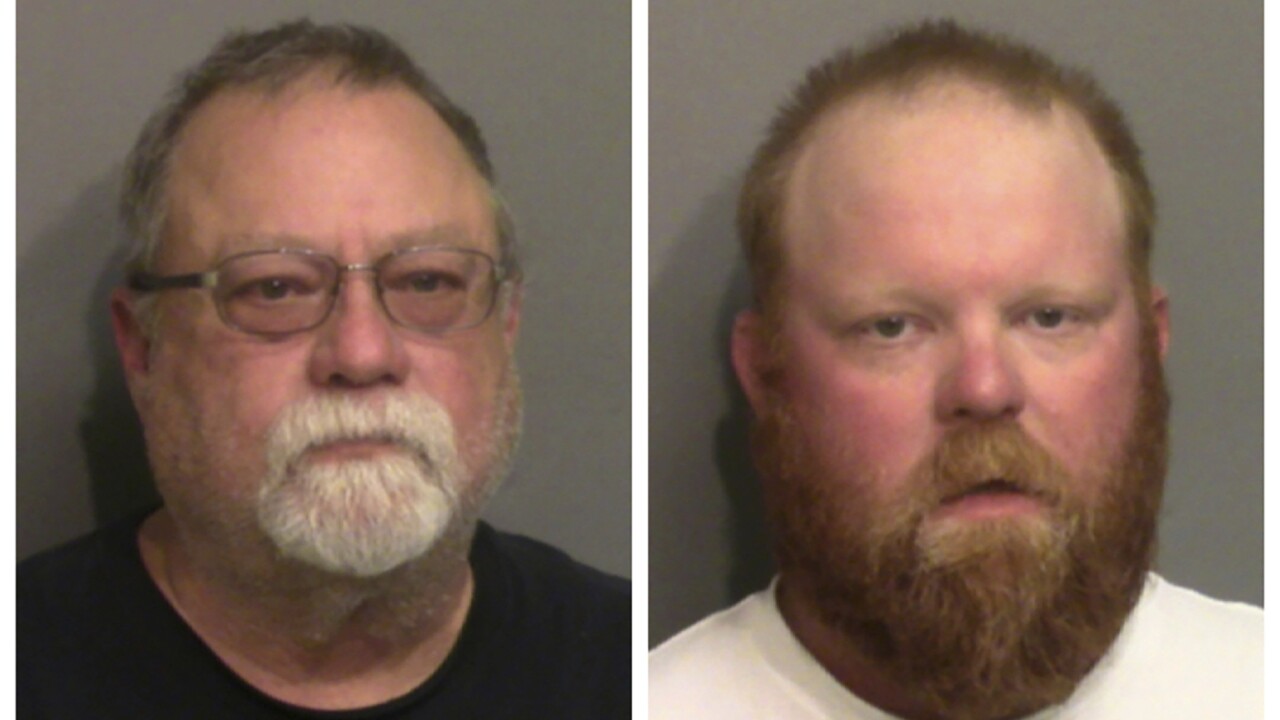 AP
This photo combo of images taken Thursday, May 7, 2020, and provided by the Glynn County Detention Center, in Georgia, show Gregory McMichael, left, and his son Travis McMichael. The two have been charged with murder in the February shooting death of Ahmaud Arbery, whom they had pursued in a truck after spotting him running in their neighborhood. (Glynn County Detention Center via AP)

SAVANNAH, Ga. (AP) —More than two months after a black man was shot to death while running through a Georgia neighborhood, the white father and son arrested in the case had their first court appearance on charges of felony murder and aggravated assault. The investigation into the death of Ahmaud Arbery seemed stalled by local authorities until this week, when a video of the shooting was shared widely on social media. Gregory and Travis McMichael were booked into the Glynn County Jail and had their first court appearance by video Friday afternoon. The judge spent roughly a minute reading each man his rights and the charges faced.