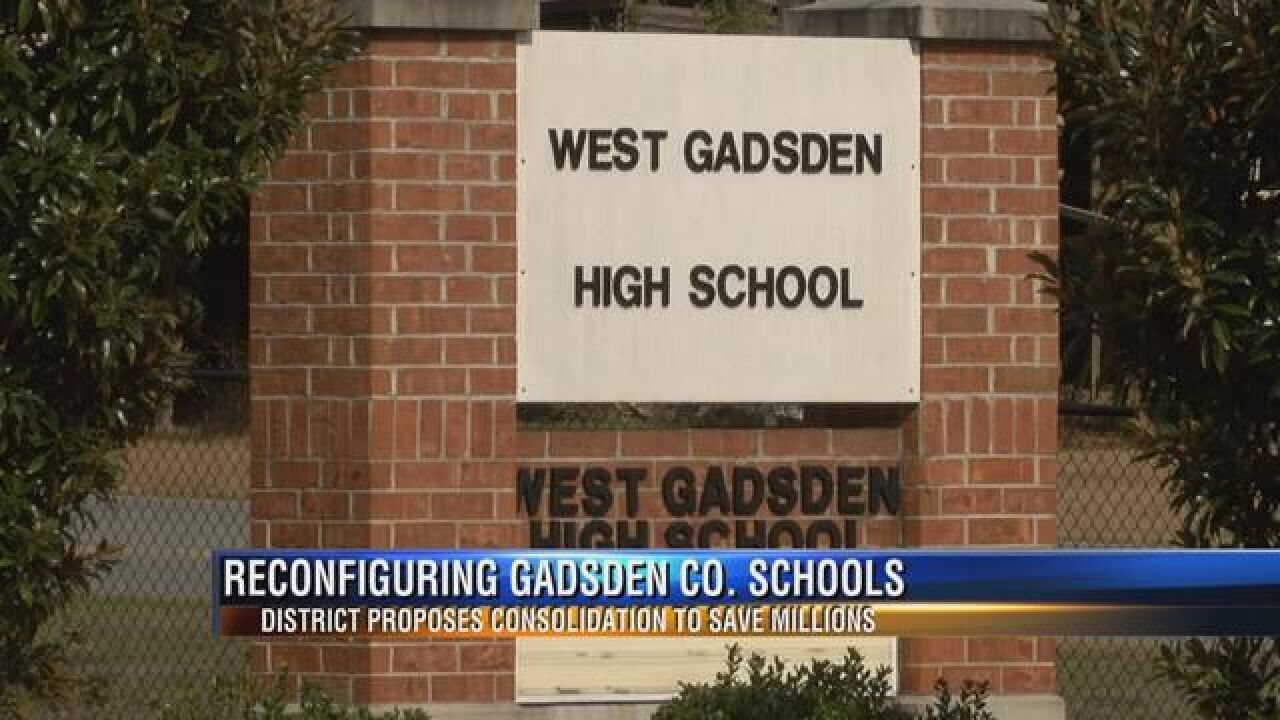 GADSDEN COUNTY, FL (WTXL) -- The Gadsden County School District is developing plans to save millions of dollars, but the proposal will affect thousands of parents, students and staff at several schools.

School buses might have longer trips to make starting in the 2017-18 academic year.

The district is working to reconfigure where students go to school -- in an effort to save money and be more efficient with space.

The district told WTXL that Milton was unavailable, directing attention to its website, where a 28-page plan outlines the proposal.

At one point, the county had four regional high schools. Now, this means students in the western part of the county like Chattahoochee would have to travel to Havana for high school.

The proposal doesn't just impact the two high schools. In fact, the plans would affect almost every school in the county.

The district lays out five other schools for the upcoming school year and four more in future years.

Middle and elementary schools would be changed in a way to close Gretna Elementary and St. John Elementary.

And in Quincy, the Carter-Parramore Academy would be planned for demolition. It's only 23 percent full, the lowest by far of any school.

The site would be used to build a new school for students from kindergarten to eighth grade.

Overall, the district estimates it will save $2.6 million in the 2017-18 academic year alone.

Milton laid out the proposal to the school board in December, but the community has time to voice concern before anything gets finalized.

The next school board meeting is set for January 24 at 6 p.m.

There's no indication whether or not reconfiguration plans will be discussed but residents are encouraged to attend and address the board with any concerns.