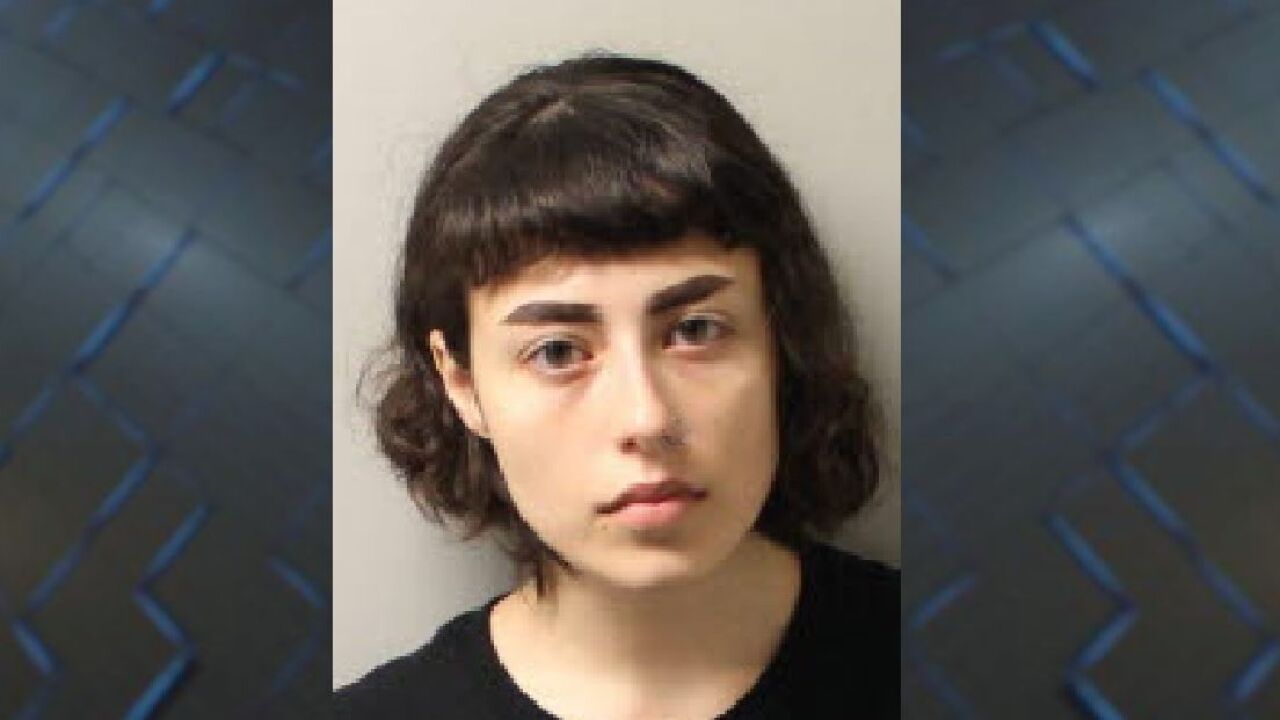 TALLAHASSEE, Fla. (WTXL) - A Florida State University student is being charged with battery after pouring chocolate milk on a volunteer at a Republican party table on FSU's campus.

A warrant was issued for Shelby Shoup, 19, by the Florida State University Police Department on Thursday, November 1. Around 4:20 p.m., on the first, Shoup turned herself in and was placed into handcuffs and taken to the Leon County Jail.

On Tuesday, October 30, FSUPD responded to Landis Green in reference to a reported battery that had just taken place.

When officers arrived on scene, they made contact with the victim who said she was volunteering at a Republican party table on Landis Green when Shoup began yelling at her as well as pouring chocolate milk on her on two separate occasions.

A witness told officers after Shoup poured milk on the victim for a second time, he began filming the incident on his phone.

Check out the video below (WARNING: there is explicit language in the video):

Shoup was taken to the Leon County Jail, where she spent the night and was released Friday, November 2 ROR. She is due back in court on November 28 for a case management hearing.

In a statement, FSU said:

"FSU is a diverse community that values and respects each person. FSU expects each member of the community to embrace the values of civility and ethical conduct and obey the law. Regarding Tuesday's incident, the individual was identified, arrested and charged with battery."