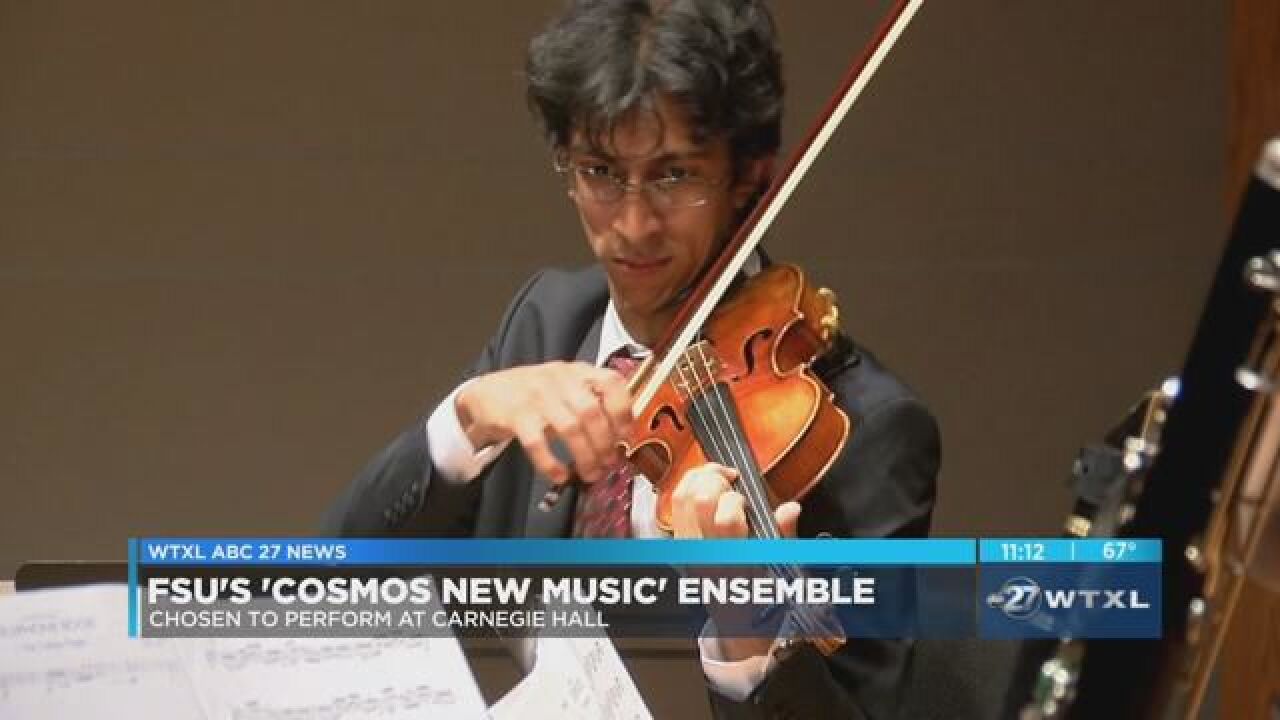 TALLAHASSEE, Fla. (WTXL) - A group of international doctoral students with FSU's College of Music are preparing for a once in a lifetime concert at what many consider one of America's most prestigious concert halls.

The "Cosmos New Music" ensemble was selected to perform on May 9 at Carnegie Hall in New York City.

The five members of the group all come from different countries and say they blend music from their cultures together to form their unique style and sound.

"These past few days, actually weeks now, we've been practicing every day, at least two hours, sometimes even five, just starting in the morning and seeing each other again in the evening," said Katsuya Yuasa.

Ayca Cetin: "Of course we are so excited because this is all of our lifetime dream performance coming true."

The Cosmos New Music Ensemble, which formed in 2016, was selected out of a large number of different ensembles at FSU to perform at Carnegie Hall.

For some of the international students, this will be their first time in New York.