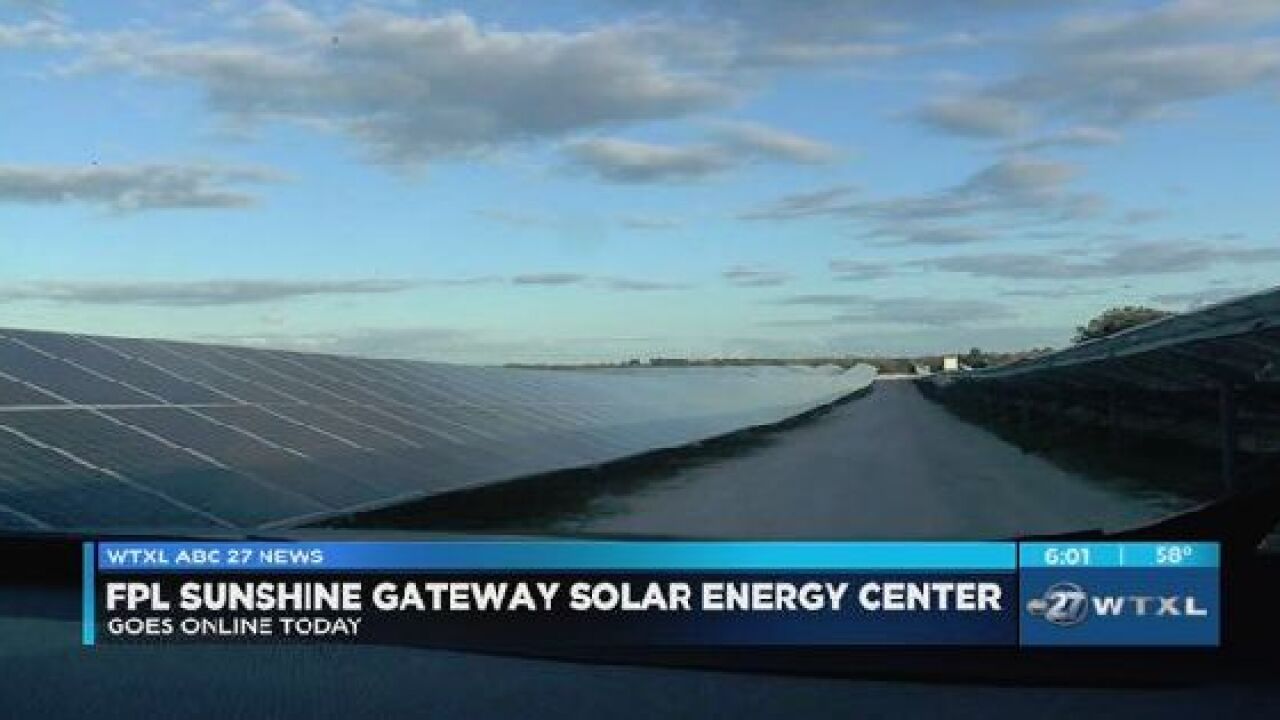 COLUMBIA COUNTY, Fla. (WTXL) - Capturing the sun's energy is not a new concept but it is the newest project for Florida Power and Light, which plans to install more than 30 million solar panels by the year 2030 across the state of Florida.

They're installing new solar centers across Florida to power homes. Four of them went online Thursday and one of them is in North Florida.

We got an exclusive look at the location in Columbia County that you may have seen before, but didn't know it.

You may have seen it through the forest, at the intersection of I-10 and I-75.

"It's literally like taking 12,000 cars that are zipping by off the road," said Mark Bubriski, Director of Public Affairs for Florida Power and Light.

"This site doesn't require any staffing and it doesn't make any noise and it requires no water," said Bubriski. "Florida's rain will clean the panels and we might even have some sheep here to mow the grass for us."

Bubriski gave WTXL exclusive access to the 75 mega watt solar farm. Panels as far as the eye can see, in waves, to adjust for the hills of North Florida.

"A solar plant of this size can power the equivalent of around 15,000 homes. Right now we have 18 solar power plants, including this one by the end of the month, in operation by the year 2030 we're going to have well over 100," said Bubriski.

Do the math, that means they'll be able to serve 1.5 million homes with solar power, but not exclusively.

"Solar power guarantees power about 25 percent of the time over the course of the year," said Bubriski. "The rest of the time we're using natural gas and nuclear energy to power our customers."

But with a price tag of $100 million per site, is it cost effective? According to Bubriski, the new plants will save $40 million for customers in the long run.

"For the four new plants coming online, the impact on a 1,000 kilowatt hour bill, around 100 dollar bill, is less than a quarter," said Bubriski.

"It's something we're really excited about. It's a big initiative and it's going to take, we think, Florida to the next level and really make Florida the Sunshine State and a world leader," said Bubriski.

The other three solar centers going online Thursday, besides the one in Columbia County, are in Miami, Volusia County and St. Lucie.

Meanwhile, we've just learned they're next solar power plant will be in Suwannee County. It'll also be a 75 megawatt farm.

No timeframe of when construction will begin there.