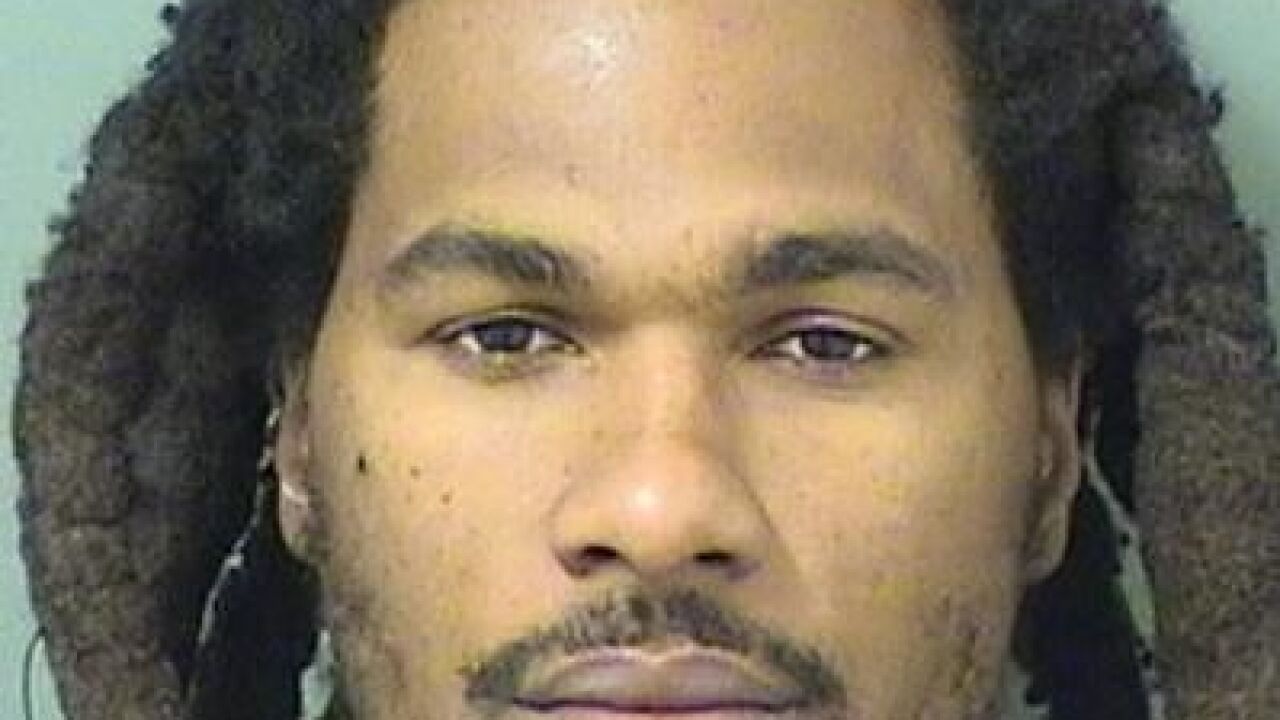 BOYNTON BEACH, Fla. (WTXL)--Former Florida State University football player Preston Parker has been released from the Palm Beach County Jail after being arrested on a drug charge, his second arrest in three weeks.

According to the arrest report, Boyton Beach police were out patrolling on Monday night and noticed a Chevy Malibu with extremely dark tint.

Police say when the driver noticed the patrol vehicle, he put his car in reverse and hit a mailbox on Miner Road. Then the officer noticed the driver, later identified as Parker, throw a clear plastic bag out of the window. The officer then conducted a traffic stop.

Police say Parker also ignored commands and resisted being handcuffed. Police say he was trying to hide a bag of marijuana in the car. They say the bag he tossed out of the car also tested positive for pot.

He's charged with resisting arrest without violence and possession of marijuana over 20 grams. He was released from jail on $7,000 bond.

Parker had previously been arrested in Boca Raton on March 31. Boca Raton Police said Parker was pulled over after he ran a stop sign in a car with windows tinted below the legal limit.

Parker reportedly did not stop after police said they turned on their sirens. At one point, police noticed that Parker, who was already making "frantic movements" and swerving, had thrown something out the window.

When he finally stopped, police asked him to put his hands out the window. When he did so, police said they noticed him dropping something out of the window onto the ground.

Police also reportedly found a mason jar filled with marijuana and a hand gun in the car when they searched it. Parker was arrested and charged in that incident with possession of cocaine, destruction of evidence and possession of a firearm in the commission of a felony.

Parker was a wide receiver for the FSU football team before he was drafted into the NFL. He had played with Tampa Bay, New Orleans and the New York Giants until 2015 when he was released.