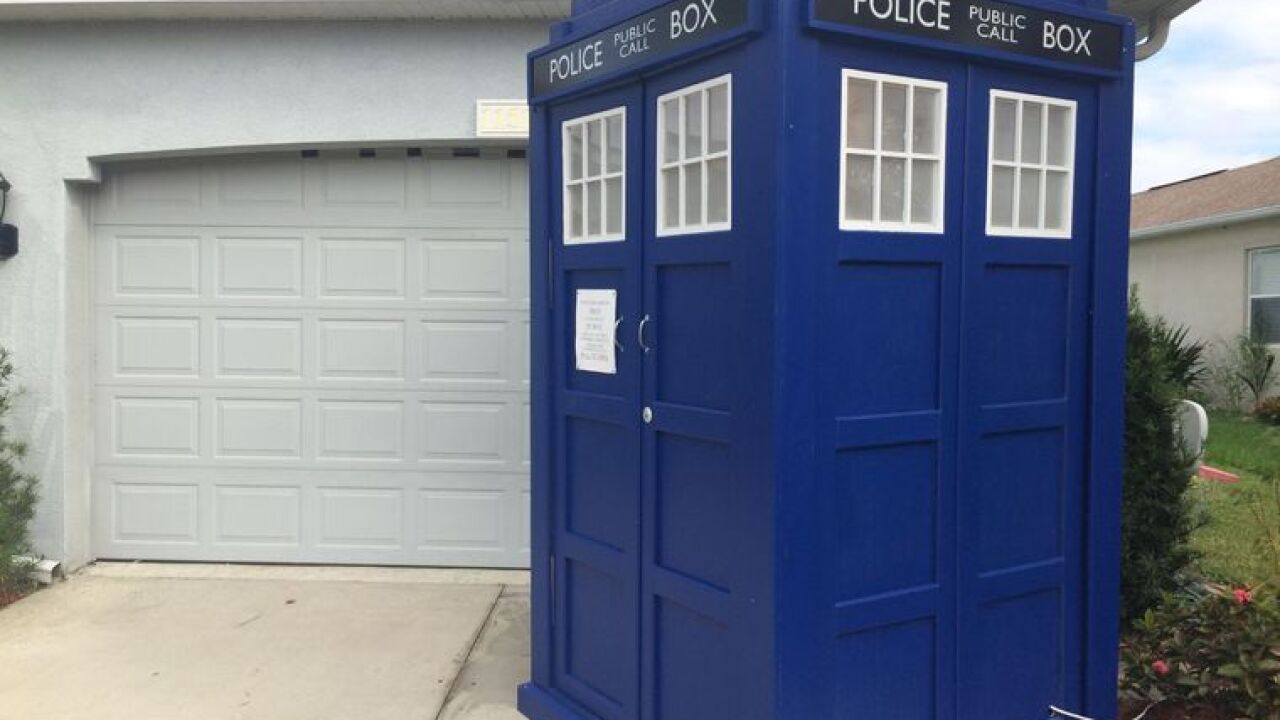 PARRISH, Fl. (WTXL) - A Florida couple has been served a violation letter by their homeowner's association, and now have 2 days to remove their futuristic, TV-show inspired time machine, from their driveway.

Leann Moder and her husband Davis, consider themselves sci-fi super-fans of the long running BBC show, "Doctor Who;" so much so that they own their own TARDIS (or Time and Relative Dimension in Space for those non-Whovians).

But the homeowner's association took notice, telling them they had 15 days to remove the spacecraft. "It has been brought to the attention of the Association that you have a blue call box that needs to be removed," said the violation letter.

"Just struck me as a funny, formal letter about a silly blue box," says Leann Moder.

They were such big fans of the show that the blue box all started as part of the couple's marriage ceremony, 2 years ago. The Moder's had a "Doctor Who" themed wedding, with the Tardis as their altar, and this year they decided to use it again as part of their Halloween decorations.

But it was the violation letter, that Moder posted online that, has fans all over the nation talking.

"So I snapped a picture of it, after I laughed to myself and then posted it to one of the facebook pages I'm a part of for Doctor Who fans," says Moder.

That post going viral among fans of the show, on social media. Many fans, coming to the home to enjoy the Tardis before time is up, inspiring the Moders to hold a viewing party over the weekend.

"It's been great. It's been great to see people react so well in our area and know that there are other people who love the show as much as we do."

And while the Moder's say they are happy to comply with their HOA, they still have big plans on the horizon for their currently empty Tardis.

"We're working on the bigger inside technologies."

However, an easier solution may be to have the Doctor fix the Chameleon Circuit and just disguise the Tardis as something that is approved by the couple's homeowners association.