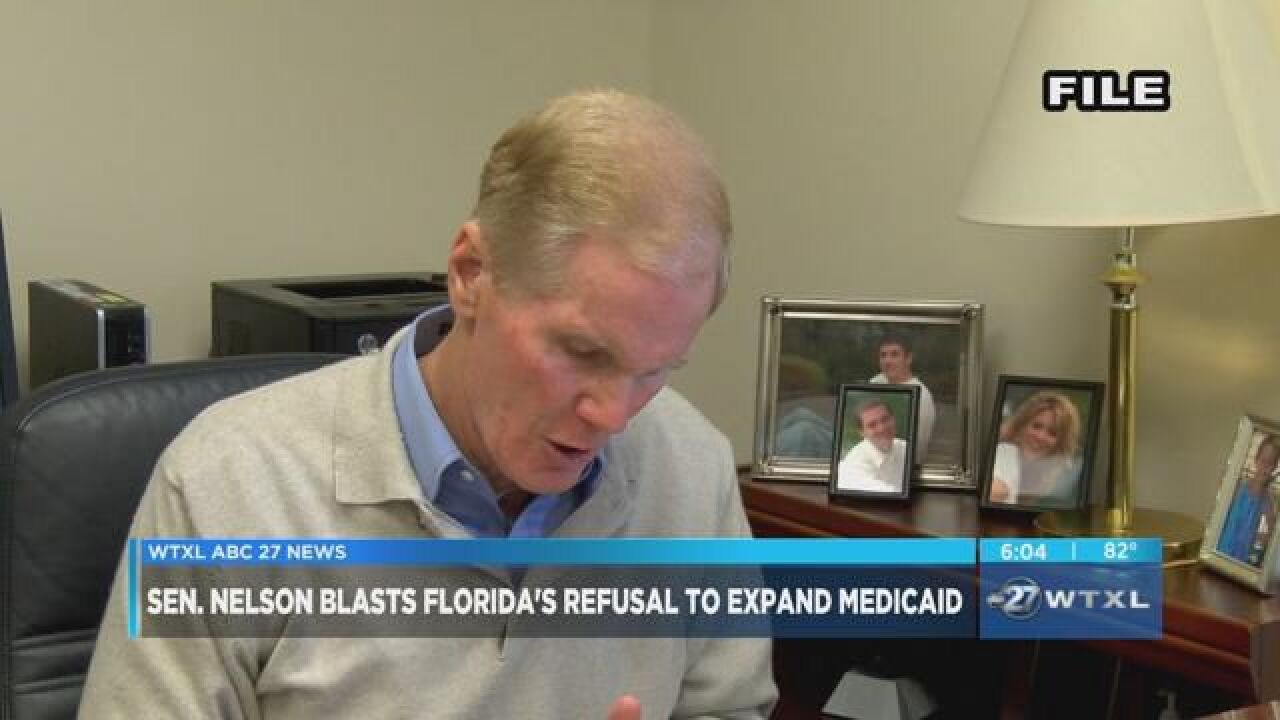 (WTXL) - Florida's Democratic Senator Bill Nelson is responding to the state's refusal to expand Medicaid coverage for nearly 800,000 poor and disabled people in the state.

State officials say, 33 states enacted the Medicaid program which covers insurance policies and Florida was not one of them.

Senator Nelson says there's $5 billion worth of tax payer money in the state of Florida that could be going to health care.

Senator Nelson says, when people with out health coverage do not pay their hospital bills, premiums for people with health insurance goes up.