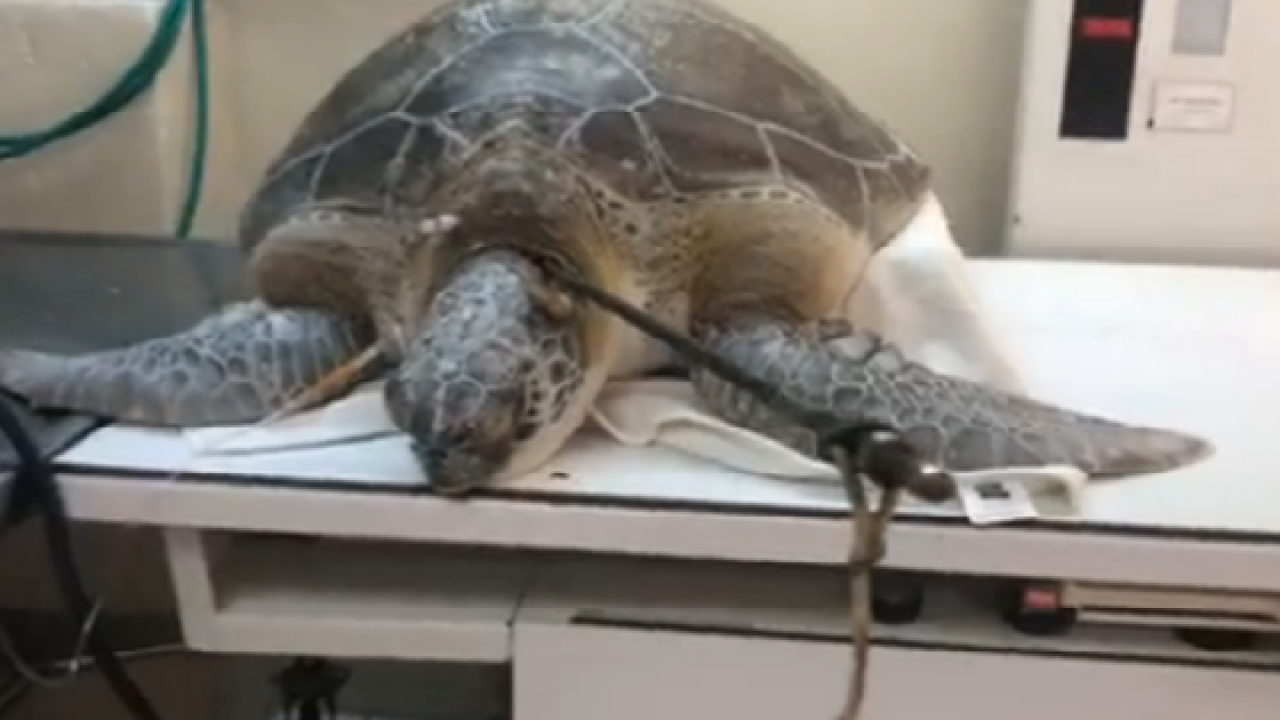 A large, 150lb sea turtle is recovering after it was found with a spear through its neck off Key Largo on September 7, according to The Turtle Hospital.

Now named Splinter, the green sea turtle is recovering after veterinarians at The Turtle Hospital removed the spear.

"No words for this horrific act," the hospital wrote on Facebook.

X-rays show just how massive the spear was, spanning more than half the turtle's body.

The hospital says Splinter is looking great after the removal. Now, the question turns to who shot the animal.