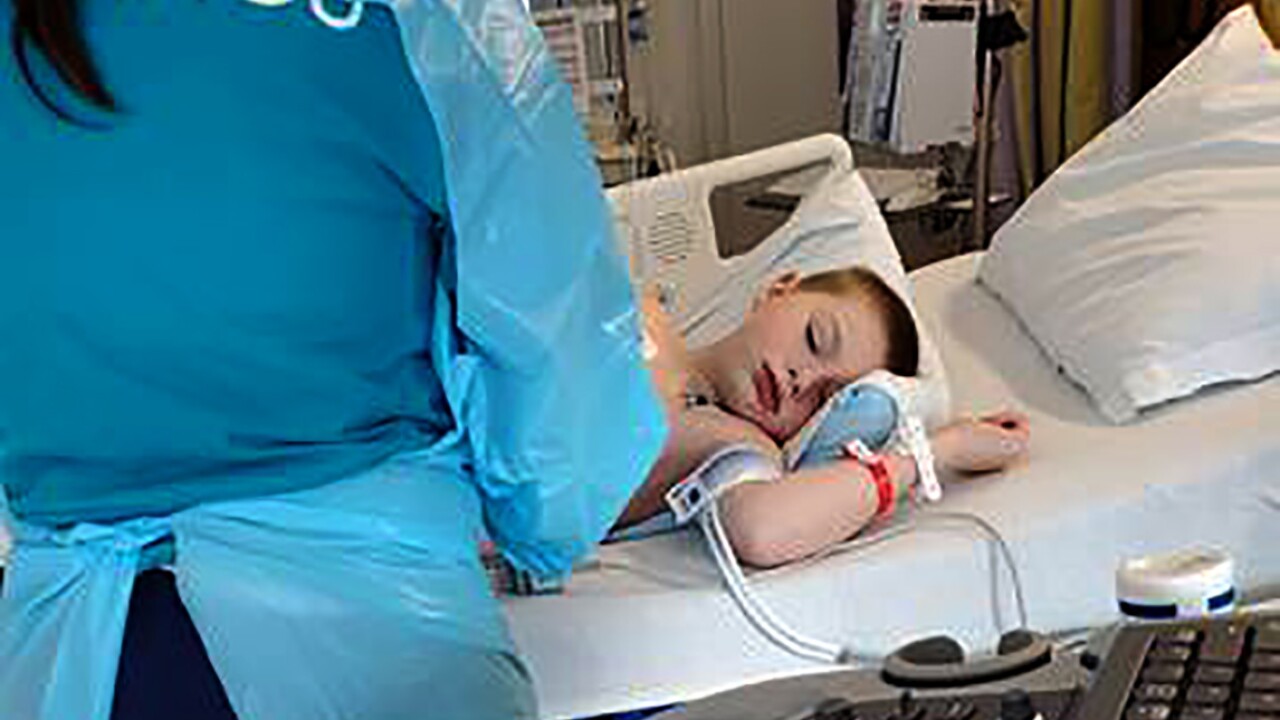 AP
In this 2020 photo provided by Amber Dean 9-year-old Bobby Dean lies on a hospital bed in Rochester, N.Y., after being admitted with severe dehydration, abdominal pain and a racing heart. He tested positive for coronavirus at the hospital and the doctors diagnosed him with a pediatric inflammatory syndrome related to the virus. After six days in the hospital, he was able to go home on Mothers Day. (Dean Family Photo via AP)

(WTXL) — Florida is beginning to see it's first cases associated with a child illness believed to be linked to COVID-19, according to multiple reports.

At least two Florida children have been hospitalized with an illness believed to be connected to the coronavirus, according to the Miami Herald.

The Miami Herald reports that at least two children at Holtz Children’s Hospital in South Florida are being treated for multisystem inflammatory syndrome (also known as MIS-C) in children.

MIS-C is a condition that the Centers for Disease Control and Prevention reports is related to COVID-19. ABC News reports that some kids who experience symptoms of MIS-C either have been diagnosed with COVID-19 or tested positive for the antibodies.

As of now, the exact cause of why children are showing up with the illness remains a mystery.

There is no current official tally of suspected incidents of the illness nationwide, but an ABC News survey of hospital and state health officials in all 50 states and Washington, D.C. found at least 220 confirmed or possible cases of the illness.