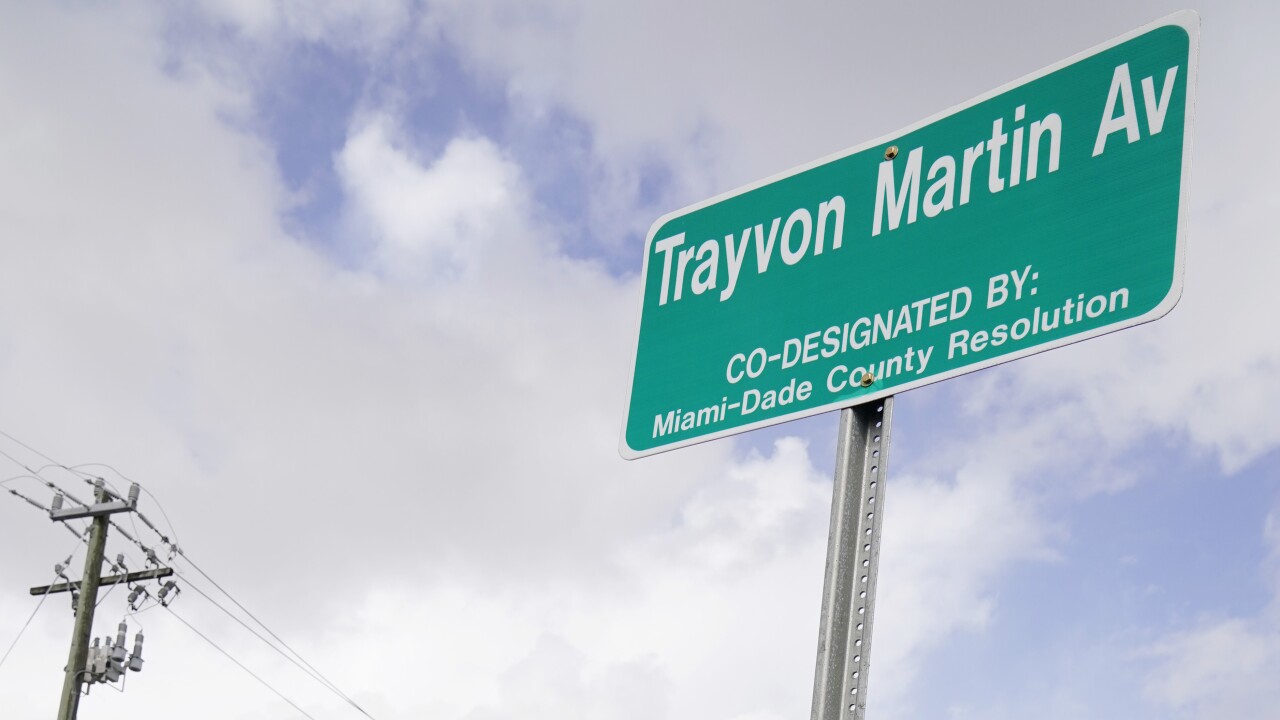 STF/AP
Sybrina Fulton, and Tracy Martin, parents of Trayvon Martin, together with Jahvaris and Tyler Martin, stand next to a sign at the renaming of a street in honor of their son, Thursday, Nov. 5, 2020 in Miami Gardens, Fla. Trayvon Martin was killed by a neighborhood watch volunteer in Sanford, Fla., in 2012. (AP Photo/Marta Lavandier)

MIAMI (AP) — A section of road that leads to the South Florida high school that Trayvon Martin attended now bears the name of the Black teenager whose 2012 death sparked a movement for social justice.

The road became Trayvon Martin Avenue during a brief ceremony on Thursday morning.

Martin was in 11th grade at Dr. Michael K. Krop Senior High when he was killed.

The 17-year-old was shot dead by George Zimmerman while Martin was visiting his father in Central Florida.