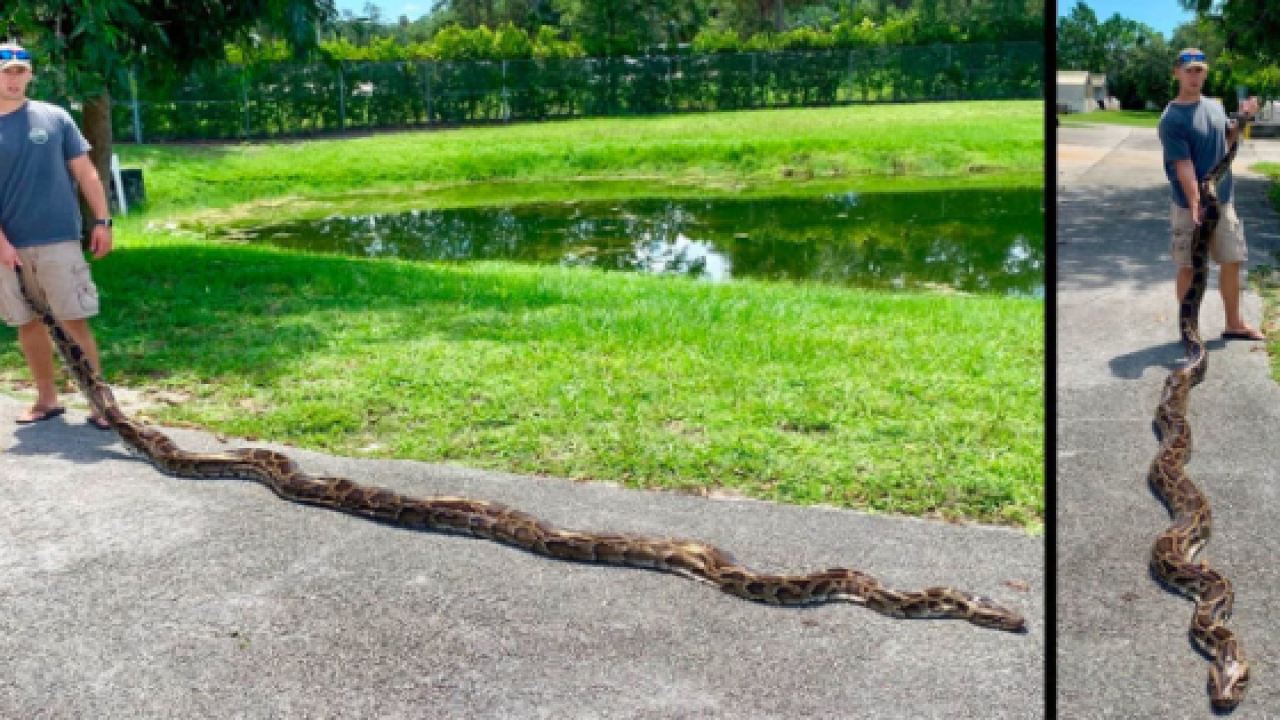 A huge python has been removed from the wild.

The Florida Fish and Wildlife Conservation Commission posted photos of a 17’ 9” Burmese python captured by Kevin Reich who was identified as a member of the Python Action Team.

It said the python was the second largest ever removed by its team.

The agency didn't say where the python was caught, but the snakes have been found in and around the Everglades.

FWC has been soliciting applicants to the Python Action Team and has urged hunters, anglers, outdoor enthusiasts or anyone with experience removing pythons to apply.

Earlier this month Gov. Ron DeSantis said the state would double its resources for python removal.

Burmese pythons are considered an invasive species and a threat to native wildlife.