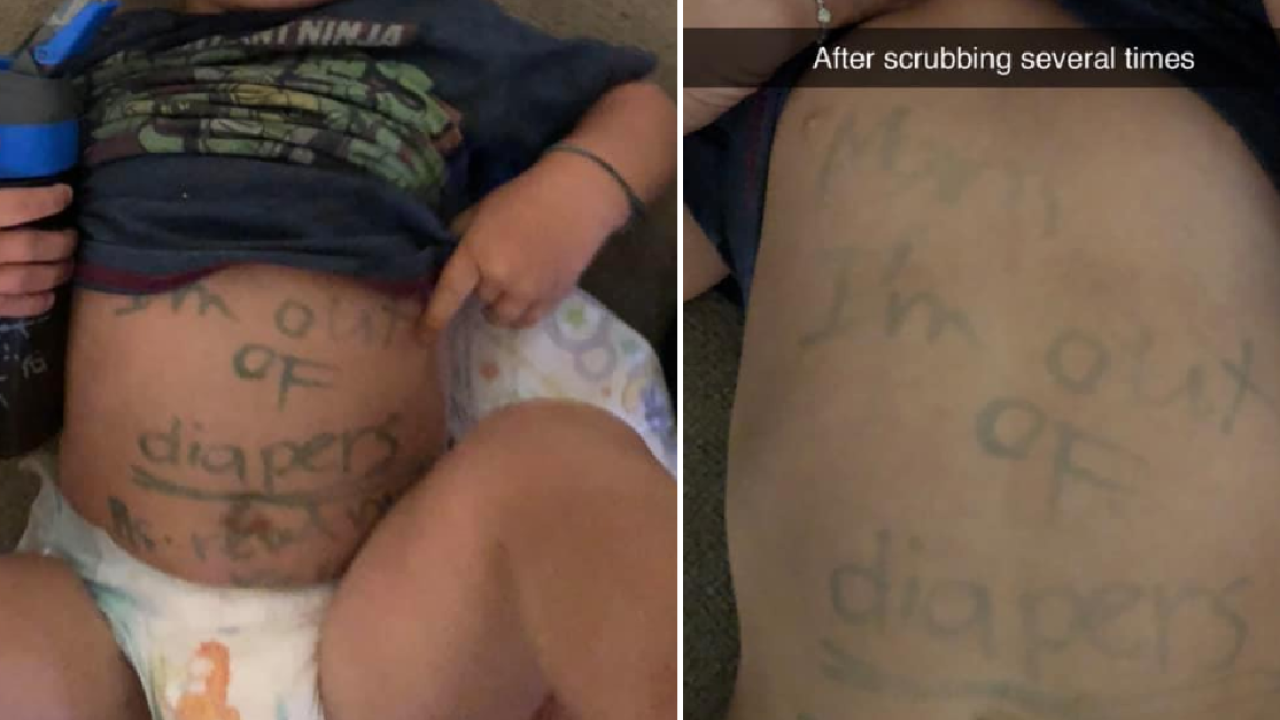 SANIBEL ISLAND, Fla. — A mother's story is making its rounds across the Internet after she posted photos of a Florida day care's message written on her son's stomach.

WPLG reports Heather Chisum posted photos of her son Milo to Facebook after she found the Sanibel Island day care’s message on the boy’s stomach. Since posting the pictures, the post has gotten more than 27,000 shares on Facebook.

The single mother of two wrote that the day care normally gives her a daily report in her child's lunch box informing her about her son's behavior and whether they need any additional supplies like wipes or diapers.

Chisum says the message read, "Mom I’m out of diapers pls read my report,” and stayed on her son's skin even after she scrubbed it with baby wipes.

“In the very worst case scenario, I can’t see anything other than 'need diapers' needing to be written.” wrote Chisum. “Why a big long message needed to be written across my sons stomach is beyond me.”

The mother claims this isn't the first time her son has been written on and asked if she was over-reacting in her post. However, hundreds of commentors agreed with her outrage, many expressing disbelief at the day care's practices.

The News-Press reports the director of The Children’s Education Center of the Islands was unavailable to comment on the incident.