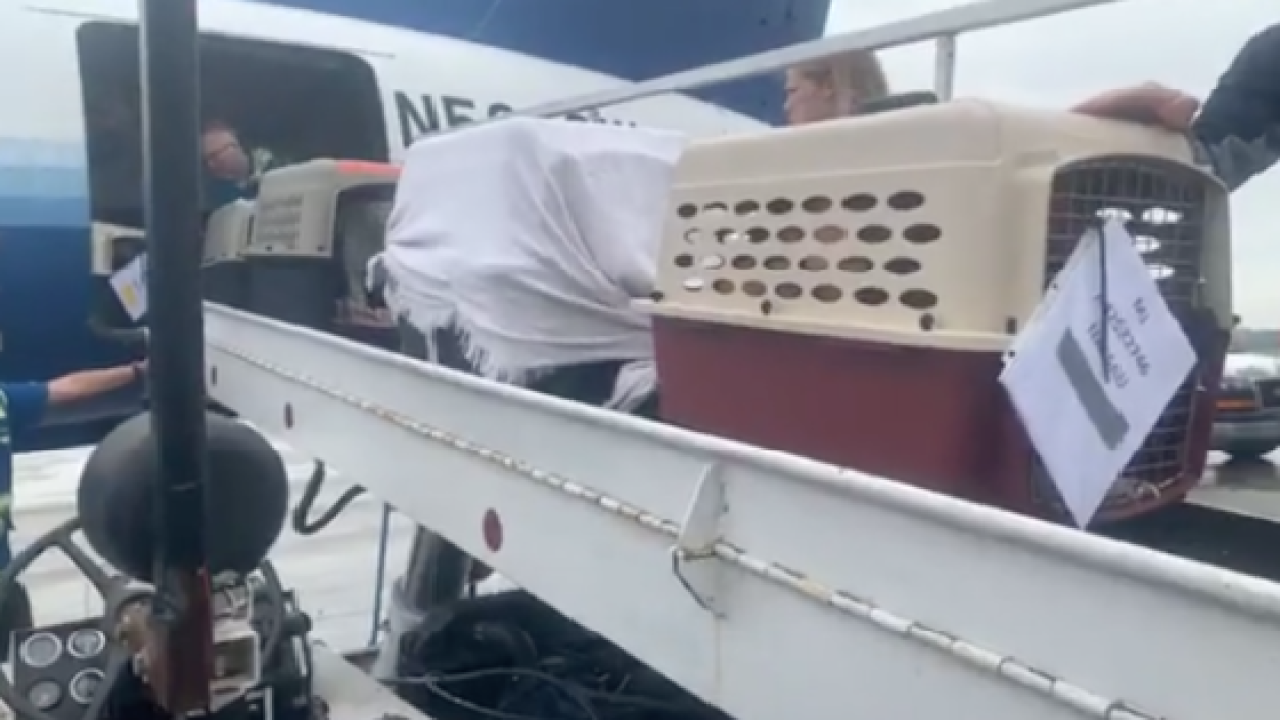 As folks prepare for the potential damaging winds and flooding Hurricane Dorian could bring, cats and dogs in some Florida shelters are being evacuated.

Several animals are heading to metro Detroit to stay safe and find their forever home.

“The folks here in Michigan are just so amazingly welcoming of these animals and willing to provide them whatever they need in order to help them get their fresh start,” said Anna Chrisman with the Michigan Humane Society.

The animals were flown into Willow Run Airport Sunday afternoon. More than 100 cats and dogs are out of harm’s way.

“These storms are super unpredictable and we cannot guarantee that brick and mortar locations are going to be safe,” Chrisman said.

The animals are heading to various shelters including the Michigan Humane Society.

The organization will take in about 20 animals that will be ready for adoption as soon as the middle of the week. By emptying Florida shelters, it also frees up space for animals after the hurricane passes.

“The shelters can accept the influx of potential new animals coming in as a result of the storm,” Chrisman said.

This time, the cats and dog flew in, saving rescue groups here time and resources, which helps the mission.

“Make an impact even though we are 1,000 miles away from where the disaster has actually occurred,” Chrisman said.

MHS will continue to monitor the hurricane’s path because there could be a chance they may help rescue animals out of shelters in Georgia and North Carolina.

To learn more or make a donation, go to: https://www.michiganhumane.org/ .