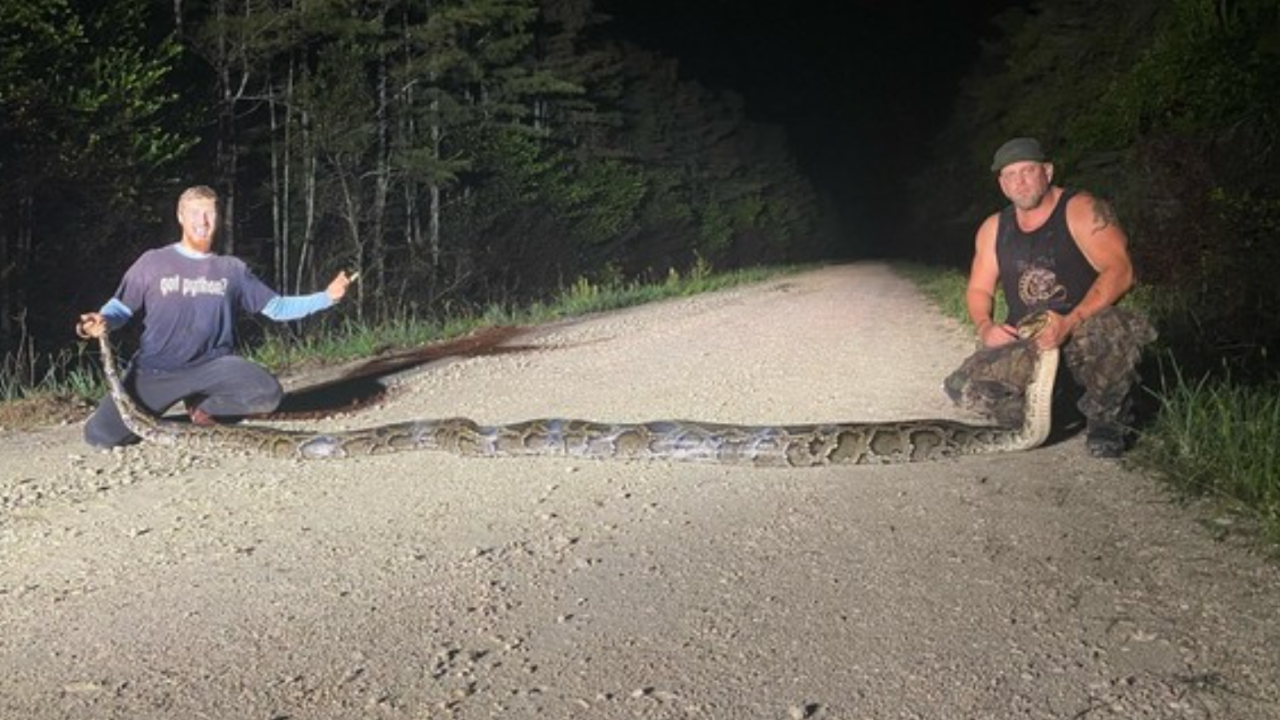 (WTXL) — A record-breaking 18 foot, 9 inch "behemoth' Burmese python has been removed from the Everglades in South Florida.

The Florida Fish and Wildlife Conservation Commission (FWC) and the South Florida Water Management District (SFWMD) said that the record-breaking snake was found on Oct. 2 by Ryan Ausburn and Kevin Pavlidis along the L-28 Tieback Canal, about 35 miles west of Miami.

The 18 foot, 9 inch reptile broke the record for the longest Burmese python eliminated in Florida, beating the state's previous record of 18 feet, 8 inches from 2013.

“The removal of this behemoth Burmese python is a triumph for our native wildlife and habitats,” said FWC Commissioner Rodney Barreto.

According to FWC, Burmese pythons became established in Florida as a result of escaped or released pets. It is illegal to release nonnative species into the wild and can negatively impact Florida’s native wildlife and habitat.

So far, hunters in the joint python elimination program have removed more than 5,000 invasive pythons from South Florida’s Everglades ecosystem.

The public can help control nonnative invasive wildlife by reporting sightings to the FWC’s Exotic Species Hotline at 888-IveGot1 (888-483-4681), online at IveGot1.org or by using the free smartphone app IVEGOT1. If possible, take a picture and note the exact location of the sighting.