Fred Guttenberg, father of Parkland shooting victim, escorted out during State of the Union 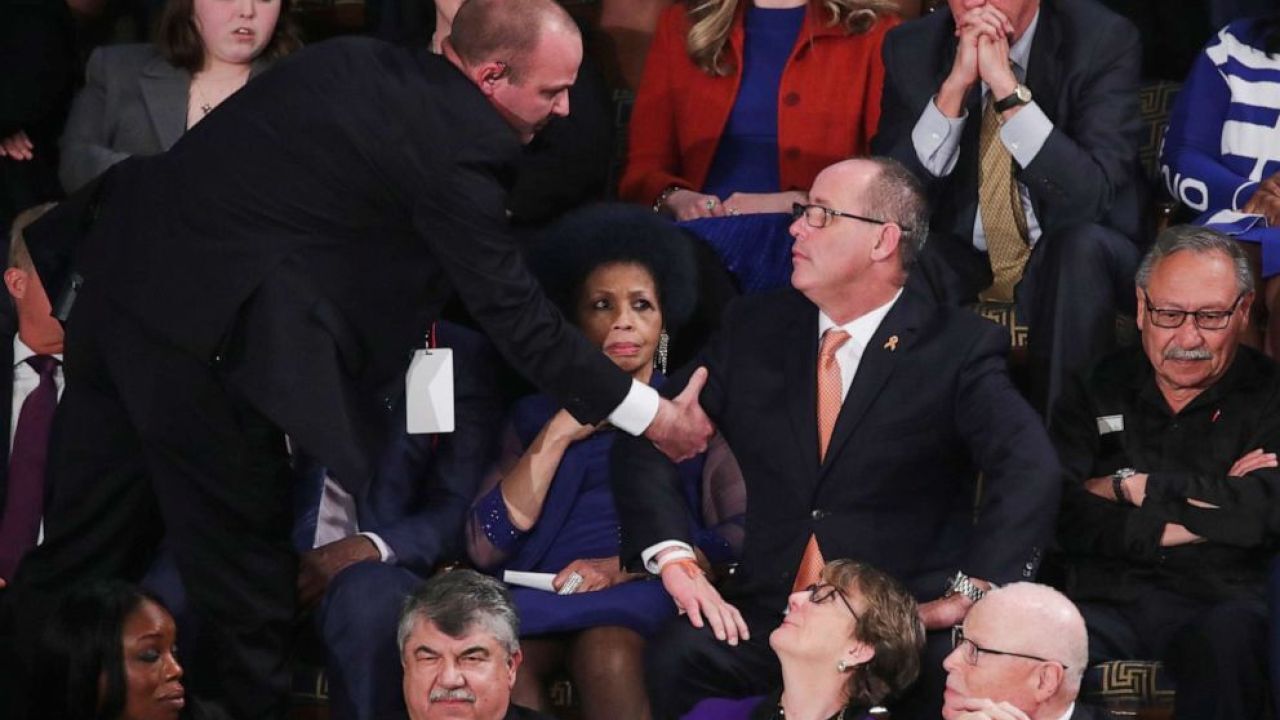 Fred Guttenberg, who lost his 14-year-old daughter in the Parkland, Florida, school shooting, was escorted out of the gallery during President Donald Trump's State of the Union speech on Tuesday.

The dramatic moment unfolded as the president mentioned that he would protect gun rights. Guttenberg was heard shouting from the speaker's box as the president spoke and he was quickly removed from the audience by a plainclothes police officer.

A spokesperson for Guttenberg confirmed to ABC News that he was the man who was escorted out.

(2,2) That said, I should not have yelled out. I am thankful for the overwhelming support that I am receiving. However, I do owe my family and friends an apology. I have tried to conduct myself with dignity throughout this process and I will do better as I pursue gun safety.

Guttenberg shared an image of himself alongside House Speaker Nancy Pelosi, who invited him as her guest, just before the event began.

"Thank you @SpeakerPelosi for inviting me to be your guest tonight at the State Of The Union," Guttenberg tweeted earlier on Tuesday. "I cannot thank you enough for your commitment to issues important to Americans and to the issue most important to me on dealing with gun violence."

Guttenberg's daughter, Jaime, was a freshman at Marjory Stoneman Douglas High School when a gunman opened fire on Feb. 14, 2018, killing her and 13 other students and three staff members. He and other students and parents from Parkland have made ending gun violence a leading political issue since the massacre.

"I just went up [to the vigil] and I just started letting it loose,” Fred Guttenberg told "Nightline” last year on the one-year anniversary of the shooting. "I remember saying that night, 'This time they messed with the wrong community and the wrong dad. This dad is not going away.'"