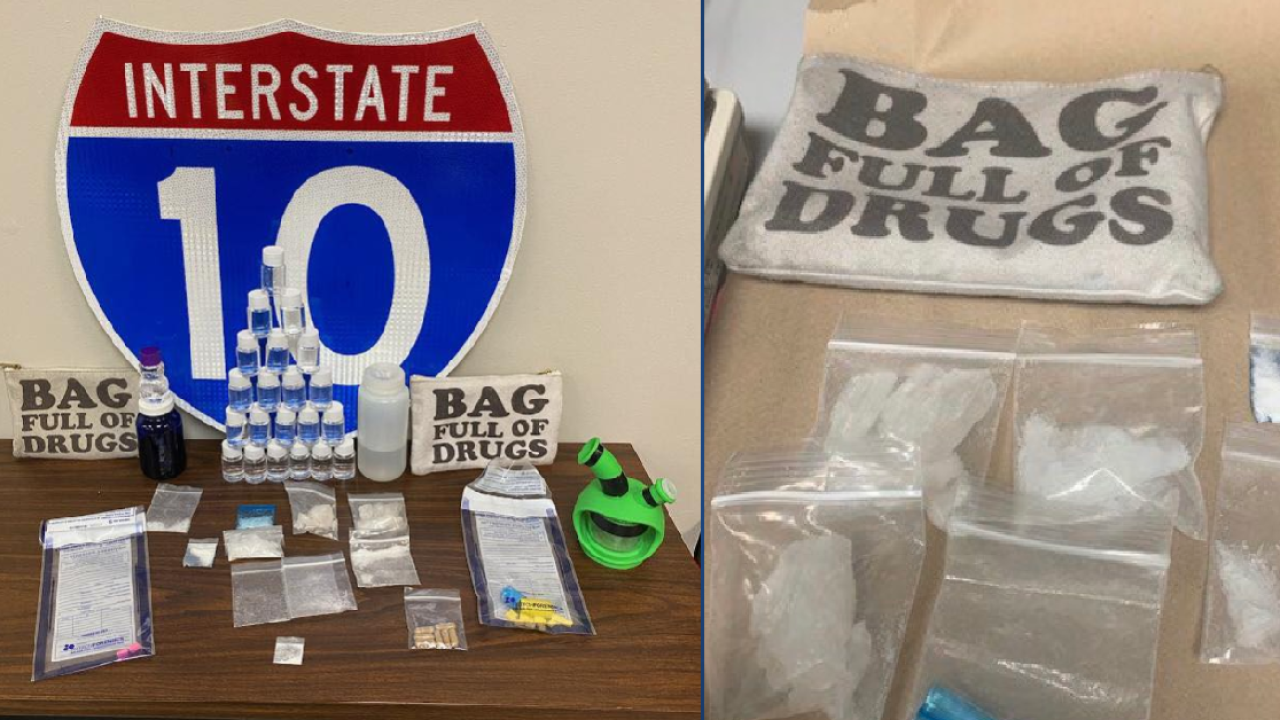 The traffic stop happened in Santa Rosa County on Saturday after troopers pulled a vehicle over for speeding on I-10.

A traffic stop for unlawful speed on I-10 yesterday bagged two drug traffickers and their not so inconspicuous drug paraphernalia. Troopers seized meth, GHB, cocaine MDMA and fentanyl. Thanks to the Santa Rosa County Sheriff’s Office for the assist. @FLHSMV pic.twitter.com/Fu3ASymrtL

When they searched the car, troopers found meth, GHB (also known as the “date rape” drug), cocaine, MDMA and fentanyl.

“Note to self: Do not traffic your illegal narcotics in bags labeled ‘Bag Full Of Drugs.’ Our K-9’s can read,” the Santa Rosa County Sheriff’s Office wrote on social media.