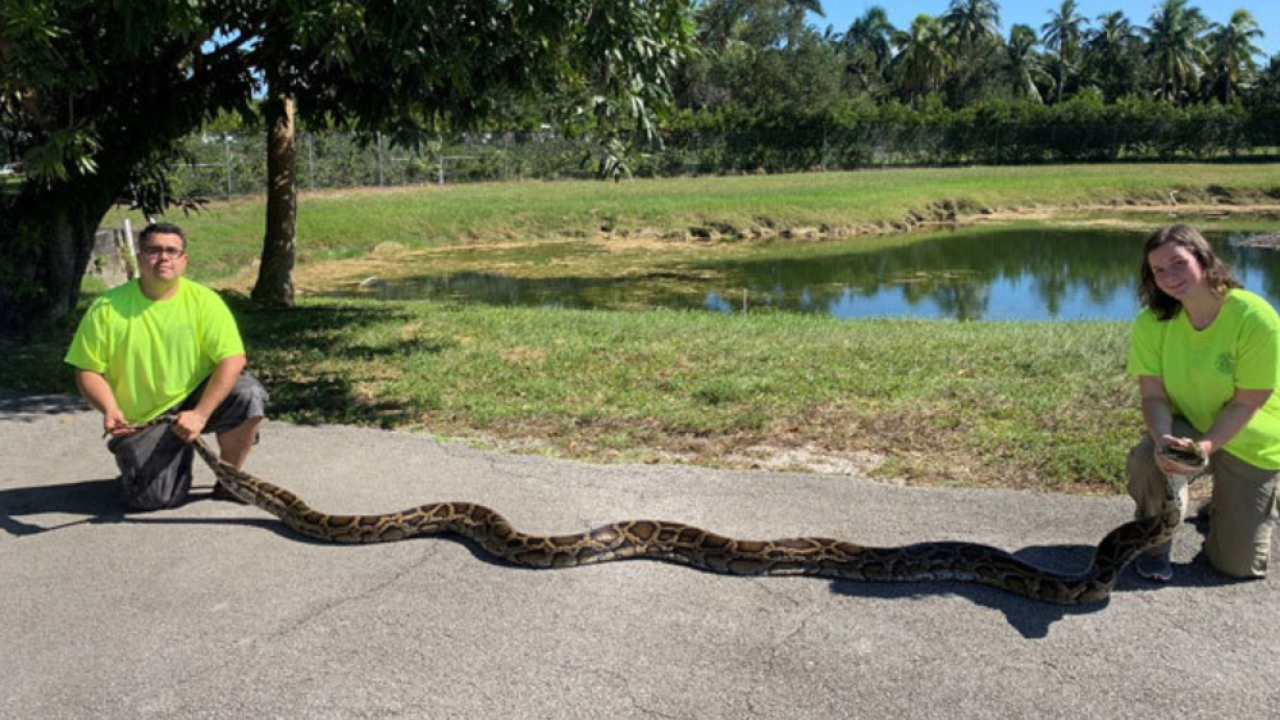 (WTXL) — The Florida Fish and Wildlife Conservation Commission is celebrating the capture of the largest python their specialized Python Action Team has ever captured.

Officials say capturing large adult females is critical because it prevents them from potentially adding an average of 30 to 60 hatchlings to the population each time they breed.

“With leadership from Governor Ron DeSantis, we are committed to working with our partners including the South Florida Water Management District and the National Park Service to accomplish our goal of removing pythons from our beautiful state,” said FWC Executive Director Eric Sutton.

The 900th python captured by the FWC’s Python Action Team was caught by Bobby Monroe on Sept. 24 in the Everglades and Francis S. Taylor Wildlife Management Area in Miami-Dade County.

The public can help the FWC control nonnative invasive wildlife by reporting sightings to the FWC’s Exotic Species Hotline at 888-IveGot1 (888-483-4681), online at IveGot1.org or by using the free smartphone app IVEGOT1.

If possible, take a picture and note the exact location of the sighting.