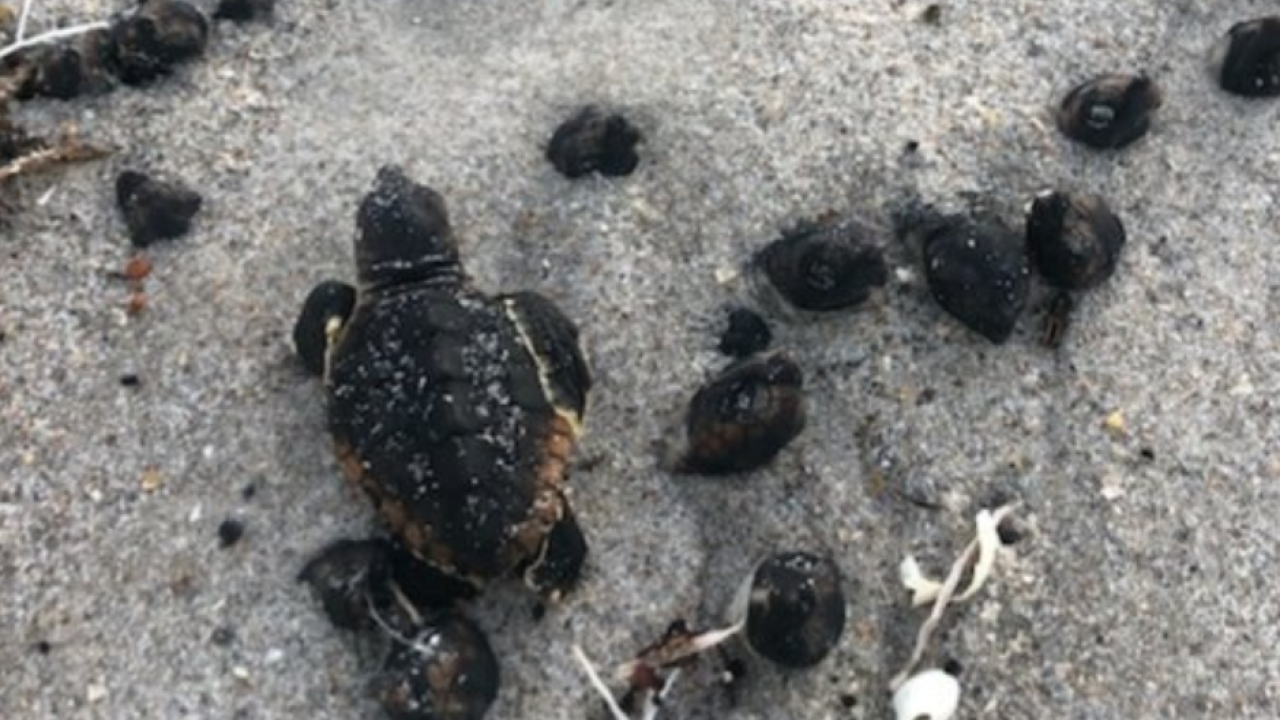 TALLAHASSEE, Fla. (WTXL) — A Florida woman is calling on state wildlife officials to investigate after she stumbled across several baby sea turtles that appeared to have been burned to death.

According to the Miami Herald, Rhonda Wundke came across the dead baby turtles while she was taking a walk on Satellite Beach with her husband on Sept. 1. Surprised and alarmed, Wundke took pictures of the dead hatchlings and burned eggs and shared them on Twitter.

"We were walking and looking at the ocean. I found one dead turtle then we came upon the burnt grave," she wrote on Twitter. "Then there were just many more burnt dead turtles here and there.. the charred wood was around them. Burnt babies everywhere."

Commenters on the post called the situation "horrible" and one person called the people responsible for the incident "very disturbed individuals."

@MelbournePolice @FlWildFed @Florida_Today
I want to report a crime. These baby turtles were found at High Tower Beach today 9/1/19. They have been set in fire. Baby turtles and over there place burned even found an egg. I'm saddened and very angry! pic.twitter.com/Yh4aUpc7j5

"I want this to be solved. Who burnt these baby turtles?" Wundke wrote on Twitter.

As of Wednesday, Wundke says that Florida Fish and Wildlife Conservation Commission, who she tagged in her tweet, is now involved and are investigating the crime. WTXL is reaching out to FWC to confirm this information and see if they have any leads.

If you spot a sea turtle or nest in distress, call FWC or the Sea Turtle Preservation Society's emergency hotline at 321-206-0646.