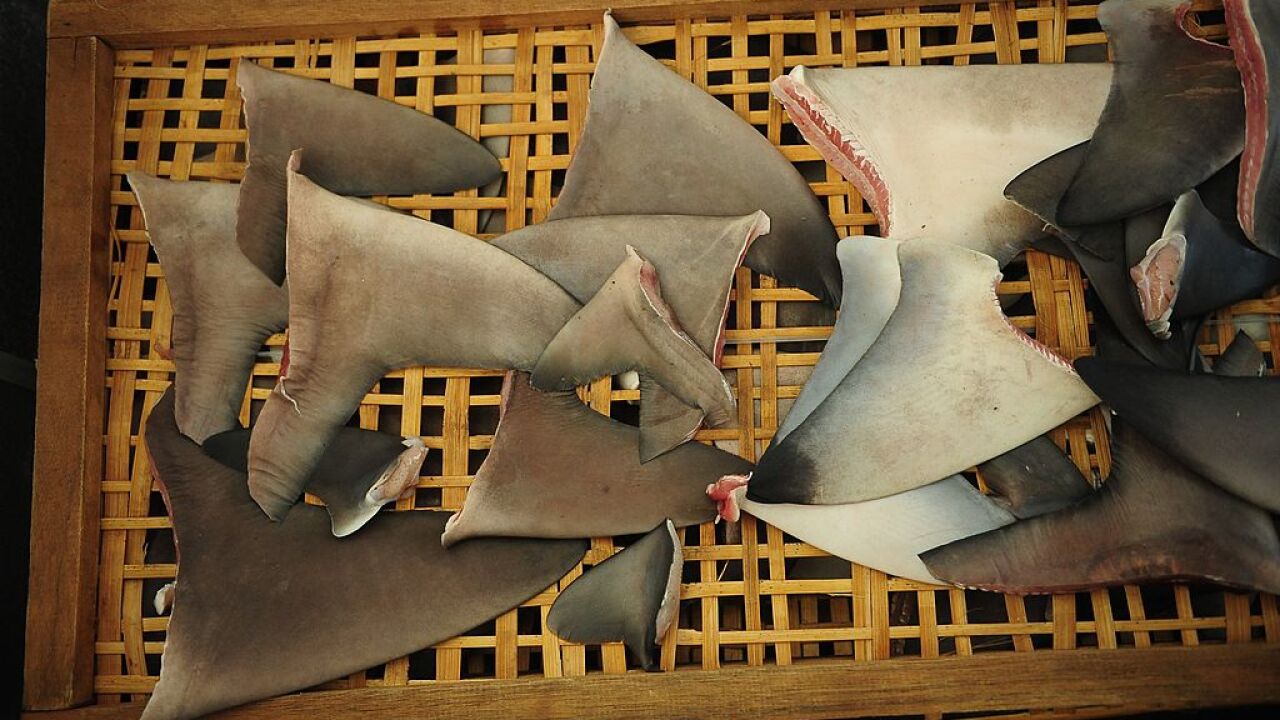 Robertus Pudyanto/Getty Images
BANYUWANGI, INDONESIA - MAY 25: Shark fins are seen in a tray at Muncar Port on May 25, 2014 in Banyuwangi, Indonesia. Indonesia has become one of the major exporters of meat and shark fins in the world, producing 640 thousand tons per year. The Indonesian government is tightening regulations for the fishing of sharks and manta rays, which are now included in the list of Appendix II of the Convention on International Trade in Endangered Species (CITES). (Photo by Robertus Pudyanto/Getty Images)

MIAMI (AP) — The U.S. Fish and Wildlife Service said Monday that the shipment of dried fins was believed to have originated in South America and was likely bound for Asia.

It arrived in Miami in 18 boxes. Officials estimate its commercial value to be between $700,000 and $1 million.

Conservation groups say tens of millions of sharks are killed each year by smugglers who cut the fins from live animals.

They are often turned into shark fin soup, considered a Chinese delicacy.