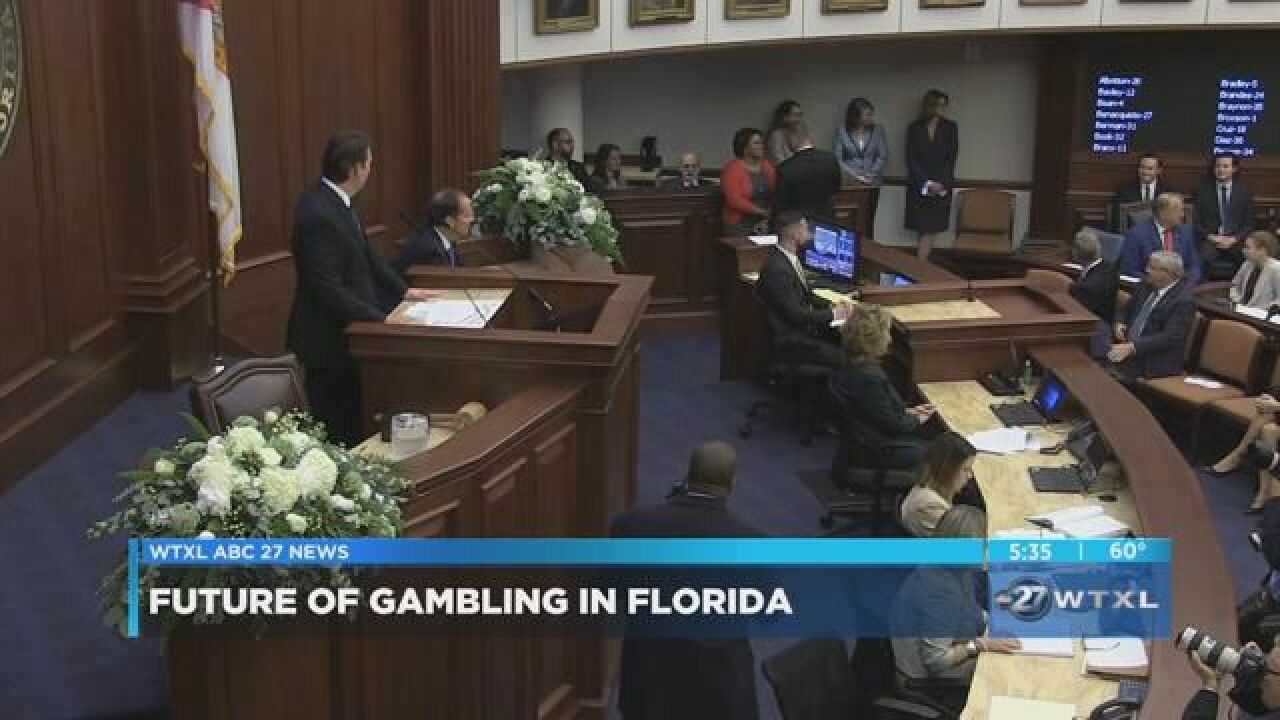 TALLAHASSEE, Fla. (The News Service of Florida)  - Florida's new legislature is looking at the future of gambling in the state.

State officials have negotiated agreements with the Seminole Tribe over the years, and the current deal expires in May.

With no clear path forward on a future deal, the state's top legislative economists say it is hard to predict if the state can depend on the estimated 343 million dollars it receives from the tribe every year from casino revenues.

Senate President Bill Galvano feels the state coffers should see some benefit from the sports betting activities that are already going on.

"There is an opportunity for sports betting in the state of Florida. It's an activity that is occurring and just not regulated, and we are not collecting and sharing revenues from that activity," said Senatir Galvano.

The uncertainty over gambling revenue also comes after Floridians voted in November to phase out greyhound racing by 2020 and approved a constitutional amendment that gives voters control over casino expansion in the state.

It's a move that limits the Legislature's power over what it can do with gaming.