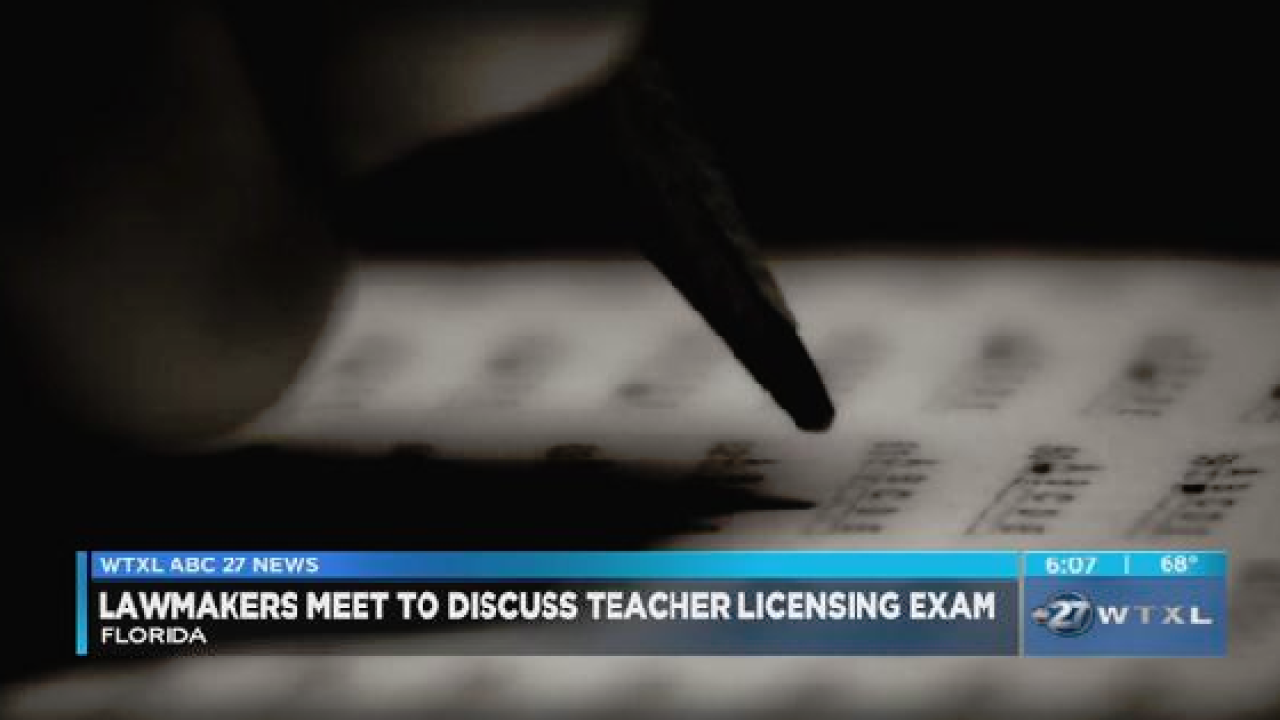 (Scripps) - A state teacher test that's already forced thousands of Florida teachers out of the classroom is under scrutiny.

Now, a Florida lawmaker is promising a solution to stop effective Florida teachers from getting fired over the controversial state licensing exam.

We've now learned a surge of failures on a teacher licensing exam recently forced the state of North Carolina to take a closer look at its test and what they found not only didn't fly, but now it has Florida lawmakers wondering if the same problem is causing the rise in failures here.

Kevin Bastian, a researcher with the University of North Carolina, was commissioned to study the state exam after a recent surge in failures prompted education leaders there to question why.

Since the test was revised in 2015, we found a surprising surge in failures, causing statewide fallout. This summer alone, we discovered more than 1,000 Florida teachers were fired for failing the test.

It's become a statewide crisis. Florida lawmakers on both sides of the aisle say they're committed to change.

"I think its critical we get this done," said Representative Byron Donalds.

Representative Byron Donalds leads a state education committee and says updating Florida's exam is a top priority, from lowering it's fees to re-evaluating what's on it.

"I think one of the things we do have to review is if you’re going to be teaching mathematics, in all honestly, does your passage on the English language arts portion make sense if you’re never going to teach English/language arts?" said Donalds.

As a result of the study, North Carolina education leaders are now recommending it no longer use Pearson to administer the math section of its test.

Donalds is considering a similar study on Florida's exam as the state's teacher shortage remains a crisis.

"We have to make sure we’re doing everything we can as a state to make sure we have the most amount of teachers who are qualified to be in the classroom," Donalds said. "So if we need to make tweaks in our state to our system in order to make sure that happens, then that’s exactly what we should do."

A spokesperson with Florida's Department of Education confirms it has never conducted such a study on its teacher licensing exam. The department had no response to the action in North Carolina nor did the testing company, Pearson, who directed us to the state for comment.