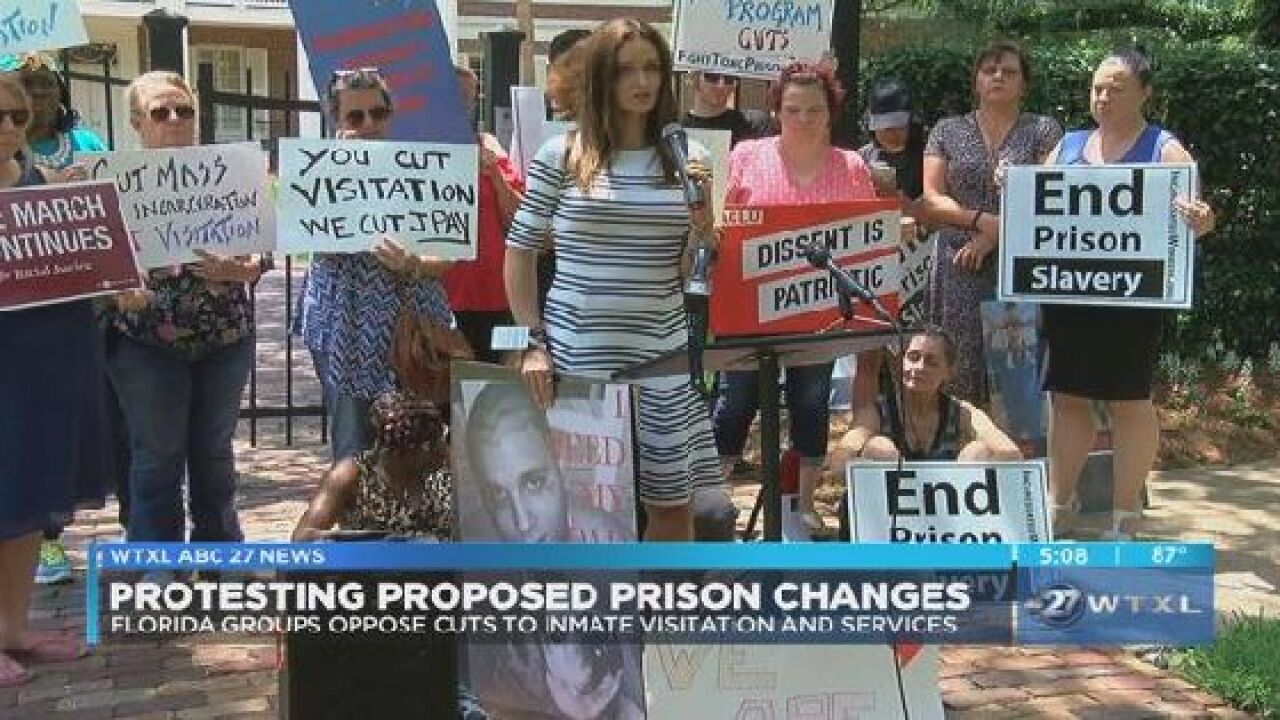 TALLAHASSEE, Fla. (WTXL) - There is wide-spread unrest regarding proposed changes to inmate visitation at Florida prisons and Thursday, several groups voiced their concerns by protest.

"Cut incarceration, not visitation," that was the message from more than a dozen activists from around the Sunshine State.

The Florida Department of Corrections is considering changes to when visitors can see inmates and that’s not sitting well with some families and social justice advocates.

They say these are poor decisions backed by Governor Rick Scott.

The mother of a man sentenced to life in prison when he was 16-years-old says she feels the state has raised her son and she doesn’t want her limited chances to visit him to be cut even more.

"I feel impelled to touch my son, to hug my son, to make sure my son has some halfway-decent food when I come see him every weekend because when I go see my son every weekend, that's the only time that he can get things that is like a joy to him," said Mary Graham, the mother of Florida inmate Terrence Graham.

Meanwhile, Governor Scott wasn’t at the mansion or Tallahassee at all. He’s on a trip to Puerto Rico to help with Hurricane Maria recovery efforts.

Earlier Thursday, activists addressed the same issues at a public hearing about the state's proposed changes.